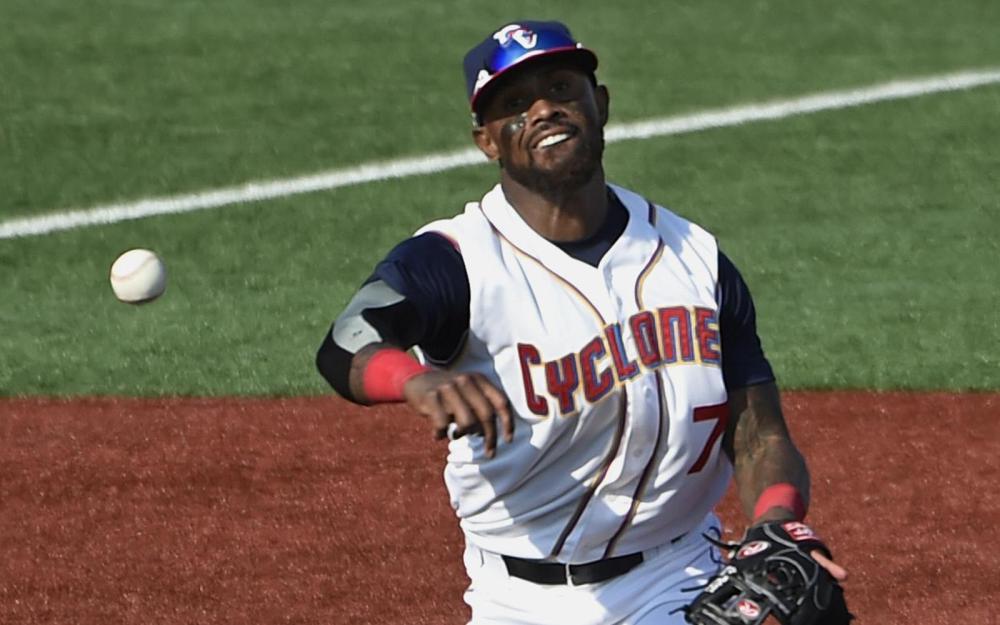 Reyes went 1-4 with a 3B on Sunday, as he continues to enjoy his hottest stretch of the season; too bad the season has been long over for the Mets. Over his past 22 games, Reyes is slashing .342/.435/.582 with 23 runs, 4 HR's, 14 RBI, 8 SB's, and more BB's than K's across 93 PA's. There's no reason to think he can keep up this pace with a .361 BABIP over this stretch, but with excellent contact skills and a spot at the top of the Mets lineup, Reyes should continue being a good source of runs down the stretch with the ability to contribute in multiple other areas as well.

Stephenson dominated against the Pirates on Thursday, allowing just 1 hit and 3 BB's in 6 shutout innings while striking out 8. Despite a 5.01 ERA for the season, Stephenson has been excellent recently, posting a 3.04 ERA and striking out 38 in 26.2 IP over his last 5 starts. He has been far from perfect with 18 BB's in those 26.2 IP and he has been fortunate not to allow any HR's during this stretch even though he hasn't done a great job keeping the ball on the ground. It's also worth noting that most of his strong outings recently have come against depleted offenses (Pirates, Mets), but he would still make for a good streaming option in a good matchup. Unfortunately, his last two starts of the season are projected to come against the Red Sox and Cubs which limits his fantasy utility for the remainder of the year. The best bet may be against the Cubs if they have managed to clinch the division by then and are resting some of their regulars.

Don't look now, but Story has a 9 game hitting streak going in which he has hit .333 (12-36) and slugged .694 while contributing 8 RBI and a SB. But the bigger news is that he has gone 5 consecutive games without a strikeout, a span of 20 PA's. And this is coming right after a streak in which he struck out at least once in 19 consecutive games and in 43 of the last 44, a stretch in which he struck out 39.3% of the time. A strong finish will at least partially console owners who did stick with Story through his miserable season, but his outlook for the future hinges greatly on whether he can reduce his unacceptable strikeout rate. If he can continue his recent contact trend through the final two weeks of the season, that would at least give a little hope that he could improve further in 2018.

Teheran allowed 2 ER's in 6 IP on Sunday, striking out 7 and walking 4 in a loss to the Mets. Amidst a disappointing season, Teheran has managed a 2.40 ERA over his last 7 starts, collecting 4 wins over that span. But he's also walked 18 in 45 IP during that stretch, and his xFIP was 4.53 (not including Sunday's game), so it doesn't seem like Teheran has actually turned any big corner. He is currently posting career-worsts in K%, BB%, SwStr% and HR/9, in addition to ERA and xFIP. At 26 years old, it's not too late to make adjustments, but I'll let someone else take that chance in next year's drafts.

Lamb has been scuffling in the 2nd half, especially in September, and as a result, his daily salary has dropped to a very reasonable price. While Lamb hasn't figured out southpaws, he still has a .926 OPS against RHP's, including 51 XBH's against them in 447 PA's. On Monday, he'll match up against Padres RHP Luis Perdomo, against whom left-handed batters are hitting .304 with a .378 OBP this season. DraftKings Value Play Salary $4,100.