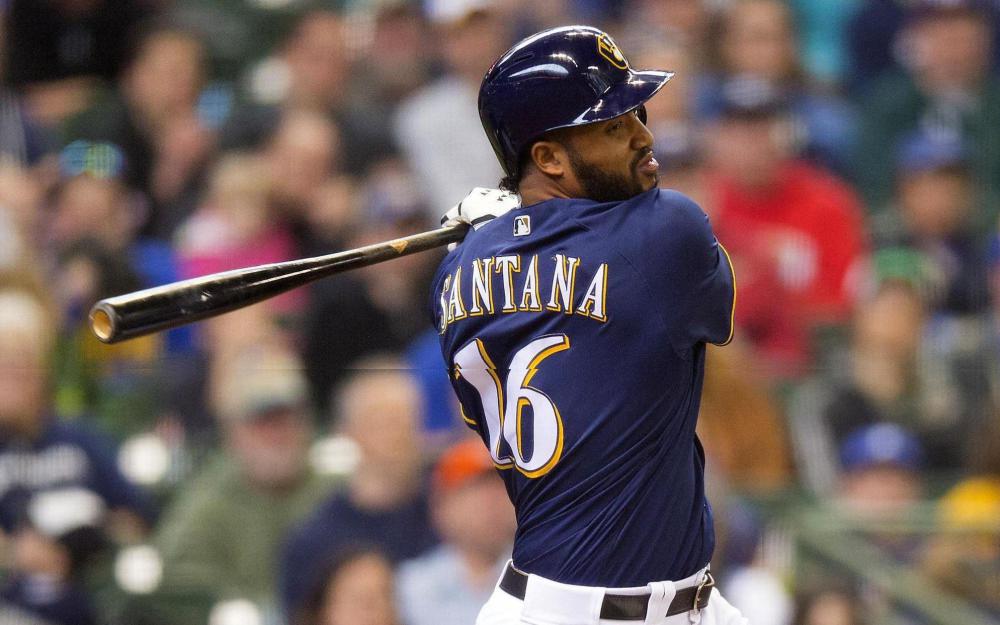 Robbie Ray (SP, ARI) - At $9600 Ray is one of the more expensive options on the slate, however, he is still under $10K, and with plenty of lower priced bats on the slate to choose from, Ray is in a nice spot. He owns a 1.49 road ERA, and has been lights out in his last three starts with an ERA of 1.35. Add in the consistent strikeout potential, and the Dodgers on a bit of a skid recently, Ray is the guy to throw Monday in DFS.

Wil Myers (1B, SD) - Myers helped in a big way Sunday as the Padres defeated the slumping Dodgers 6-4. On the day, the Padres first baseman went 3 for 4 with two RBI a stolen base. On the season he is posting a .239/.324/.448 slash, with 24 home runs, 63 RBI and 17 stolen bases. While he is coming up short of his 40/40 goal, a 30/20 season from your first baseman is nothing to sneeze at. It also makes the batting average and OBP easier to swallow, as he ranks as just the 15th first baseman in fantasy at this point. The K% of 27.7% is up 4% from last season, and could indicate he has been pressing a little at the plate. The 10.7% BB% helps contribute to the OBP, but his .285 BABIP is down 20 points from last season, and has the opposite effect on the OBP. Overall, Myers is a nice fantasy piece, but it is tough to go with him as your starting first baseman, as the homers and steals are nice, but he lacks a bit in the other categories. He is a much better fit as an outfielder you can add in the middle rounds.

Zack Godley (SP, ARI) - Godley notched his seventh win on the season as the Diamondbacks downed the Rockies 5-1 at Coors Field. On the day, the righty went six innings, allowing just one earned run on three hits while striking out seven, and walking six. On the season, Godley is posting a 3.21 ERA, a 1.13 WHIP and 136 strikeouts in 129 innings. Godley has been solid all season as the fantasy world has waited for the doors to fall off, and it has not happened. At this point, he seems to be a legit top 30 starter. The K/9 of 9.44 and the 74.5% strand rate both contribute to his solid season. xFIP sits at 3.32, so it appears he will continue the solid performance as the year winds down. Godley has played his way up 2018 draft boards, and appears to be a nice middle of the rotation arm, with a potent offense behind him.

Luke Weaver (SP, STL) - The young right hander ran his record to 4-1 with the Cards' 7-3 win over the Giants Sunday. Weaver went seven innings, allowing two earned runs on four hits, while striking out nine, and walking just two. On the season, he is posting a 2.50 ERA, a 1.11 WHIP, with 45 strikeouts in 36 innings. Weaver has been a stud since being inserted into the Cardinals rotation. The K/9 sits at 11.17, with an 87% strand rate. His FIP sits at 3.03, and xFIP only jumps to 3.11, so his performance could keep up. Weaver makes for an excellent late season add, and could be a league winner if you were lucky enough to grab him. In most formats, he is long gone, but if, for some reason, he is still on your waiver wire, run to get him. He will be a popular arm in 2018 drafts.

Jose Martinez (1B, STL) - Martinez helped the Cardinals down the Giants 7-3 at AT&T Park Sunday. The Cardinals first baseman went 3 for 5 with a homer and three RBI on the day. On the season, Martinez is slashing .299/.361/.528 with 11 home runs and 31 RBI, as a part time player. As a long time, minor leaguer, Martinez has come up as a 29-year-old and has been solid when he is in the lineup, and has especially crushed lefties, hitting .349 off them. The .360 wOBA shows his hits are generating extra bases, and along with his 9.3% BB%, helps with the solid OBP. Martinez is another sneaky add that could make a difference in your playoffs. Pay attention to Spring 2018, and see how the first base situation shakes out in St. Louis before deciding what to do with Martinez.