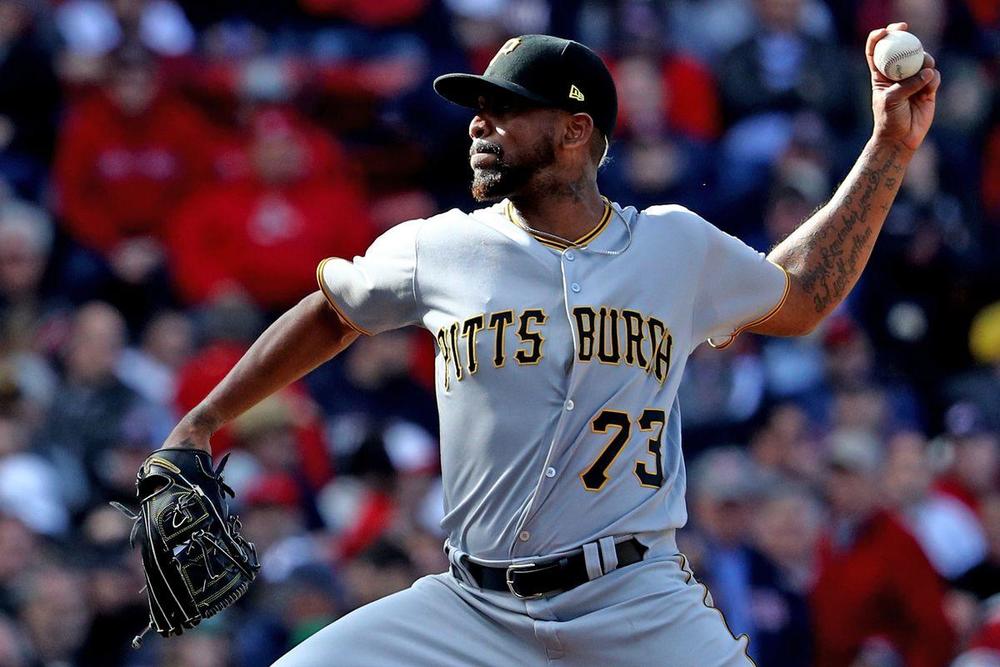 Gregory Polanco(OF-PIT): Polanco went 3-for-5 with a homer, a double, four RBIs, three runs scored, one stolen base, and one walk against the Tigers. Polanco's first stolen base and first homer of the season, a game-winning three-run shot in the 13th, are a sign for things to come for those that drafted him in the middle rounds. The 26-year-old's main goal is to stay healthy, and with the shedding of 15 pounds in the offseason and a commitment to a new regiment, he looks primed to deliver. Take advantage of the discounted price in DFS circles while it lasts.

Felipe Rivero(RP-PIT): Rivero allowed four runs on one hit and three walks with one strikeout over two-thirds of an inning against the Tigers. The left-hander threw 30 pitches, 13 for strikes, failing to assuage the fears of fantasy owners who observed him struggling to find the plate throughout Spring Training. His 15.8% swinging strike rate from last season indicates the type of upside he has, but until he and Ray Searage figure out what has gone awry with the mechanics, I'd bench. I'm confident he'll figure it out as he gets more reps in, but in the meantime, protect your ratios.

Ian Happ(OF-CHC): Happ gave way to Albert Almora with left-hander Caleb Smith on the Hill. Happ did struggle with a 25 percent hard hit rate and .326 wOBA vs. LHP last season, but all the preseason buzz hinted that he may receive nearly full-time at bats at the top of the order. While it remains to be seen how Joe Maddon divides up the playing time, this development hurts Happ in leagues without daily transactions, and could impact his long-term development, as the 23-year-old could use the regular reps to improve his plate discipline and contact rate. Once he does, Happ has the ingredients for superstardom.

Johnny Cueto(SP-SF): Johnny Cueto, who carried a perfect game into the seventh, took the no-decision after allowing one hit and striking out four across seven scoreless innings against the Dodgers. Most impressive were the five groundouts, especially considering that opponents hit .364 off his sinker last season. His BABIP and HR-FB rate from last season were out of line from career norms, and he did induce swinging strikes 10.6 percent of the time (second highest mark of career). At age 32, he's got plenty in the tank and can deliver as a high-end SP3.

Kenta Maeda(SP-LAD): Priced at $9800 on Draftkings for his matchup at home vs. the Giants, Maeda looks like a solid play across the board today. The right-hander was dominant at home last season with a 72:14 K:BB ratio in 68 innings (and hitters mustered a .257 wOBA against him there). He has struggled with pitching deep into games and earning wins, but he looked sharp in the spring and induced more groundouts; with a matchup against the Giants offense and Derek Holland, look for Maeda to begin his comeback season in style.