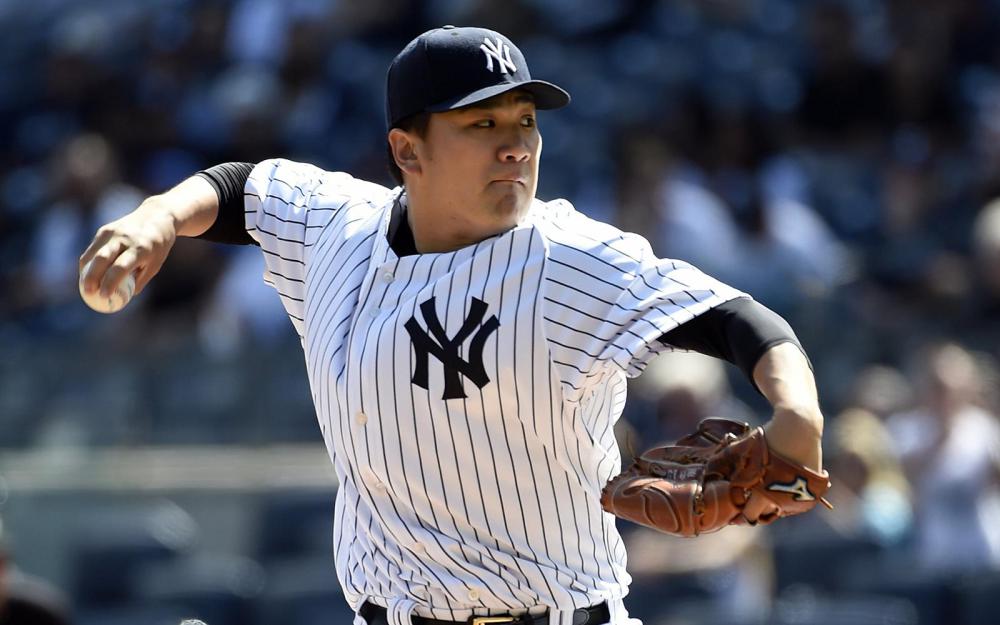 Josh Reddick- OF- HOU- Idea-Matt Moore has had reverse splits over the course of his career at times and last season was the most extreme yet. Lefthanded hitters posted a .356/.433/.614 slash line with 8 HR allowed in 36.2 IP against him. Reddick didn't really have much difference in his performance no matter which arm a pitcher used. He posted a .315/.360/.402 slash line against southpaws in 2017. That's a recipe for solid performance by Reddick. Value play- DraftKings salary $3400

Victor Martinez- DH- DET--Cold- Martinez was the only Detroit hitter who failed to hit safely in yesterday's 10-run, 14-hit attack in a losing effort against the Pirates. When Martinez reached in the 7th on an error he came out in favor of pinch runner JaCoby Jones. Jones went on to go 2-for-2 with a walk before the game ended after 13 innings. Martinez had a solid spring, hitting .270 with 5 homers in 63 ABs. It did not carry over to Opening Day for the 39-year-old. An irregular heartbeat sidelined Martinez for much of 2017 and ended his campaign when he underwent a procedure to treat it. His Grapefruit League performance was promising but there will be questions about his potential performance level for a while. That's due more to the combination of his age and subpar performance in 2 of the past 32 seasons than medical concerns.

Mashiro Tanaka- P- NYA- Hot- Tanaka is prime evidence for the meaningless of Spring Training stats. In 2016 he posted a 7.36 Grapefruit League ERA and 3.07 in the regular season. Last year his Spring ERA was a sparkling 0.38 and Tanaka was 4.74 in the games that counted. In 2018 his mark in exhibition play was a whopping 7.24. In his first start of the regular season yesterday he allowed 1 run on 3 hits while walking none and striking out 8 in 6 IP. It is, of course, a micro sample size but it is a good sign for a rebound for the 29-year-old.

Justin Smoak- 1B- TOR- Stats- Smoak made a huge advance in his Batting EYE last year, compared to his first 2 years with the Blue Jays. It jumped from 0.36 in 2016 to 0.57. It was primarily from cutting his K% down from 32.8% to 20.1%. Smoak's power surged to 38 homers, almost twice his former season best. At 30 years old he finally hit his potential. Most projections have him hitting the 30 homer mark again this season, although his average is likely to regress from the .270 he had last year. That's not surprising given that his BABIP was 19 points above his career average. An average in the .250s with around 100 RBI and the homers give him a good amount of value.

Keone Kela- RP- TEX- FYI- The Rangers' bullpen is still a work in progress. There is no named closer, although Kela is considered to be close to that point. However, his performance last night shows why it's not official. It wasn't a save situation when he came into the game with a 5-1 lead in the top of the 9th. Kela was throwing a fastball that was registering in the mid 90s. He got 2 quick outs, throwing only 1 ball in his first 5 pitches. Then Kela began having issues finding the strike zone. His next 5 pitches had only 1 strike and he walked J. D. Davis. Kela then ran the count to 3-1 on Max Stassi. Jake Diekman started warming up in the bullpen as Kela had made it only 1 ball away from a save situation. He threw a strike to get the count full and then coaxed a pop up from Stassi to end the game. Kela needs to have consistent control in order to get the nod as official closer. He's not there yet.