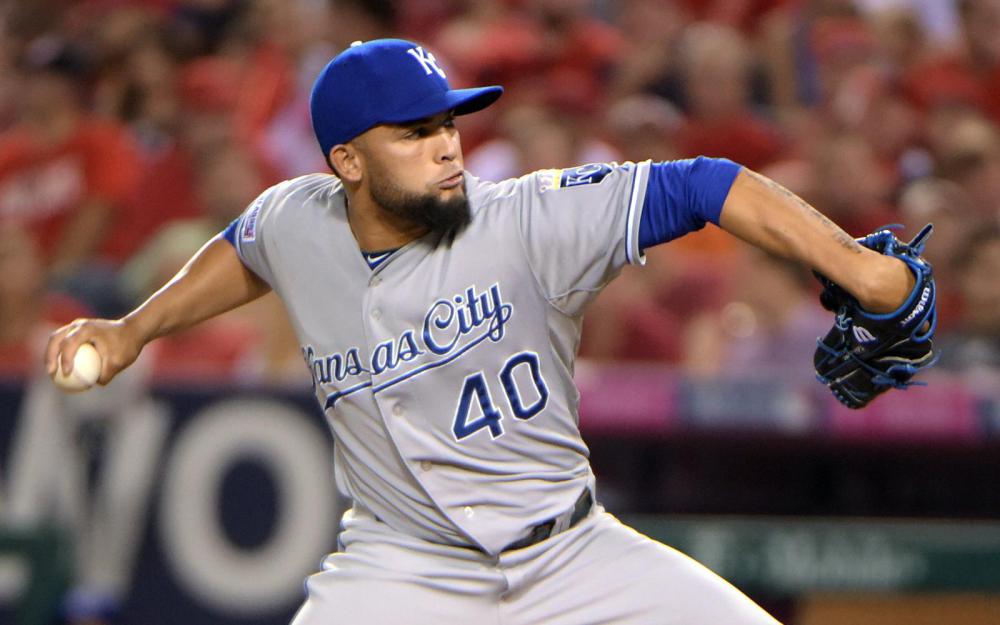 Austin Romine- C- NYY- Idea- Romine has been getting some fairly frequent playing time and has made the most of it. He currently has a 10-game hitting streak that goes back to April 30. He has a .382/.500/.618 slash line against RH pitchers. Alex Cobb has a .311/.354/.555 slash line against RH hitting so Romine has an excellent chance to keep his hot streak going if he's in the lineup. Value play- Draft Kings salary $3200

Lance Lynn- P- MIN- Caution- Lynn recorded his 3rd consecutive quality start, allowing just 1 run on 2 hits, striking out 5 in 6 IP. He didn't chase all concerns, however, Lynn threw 113 pitches, only 65 of which were strikes. He also walked as many as he struck out. Lynn has had major control issues and has a BB/9 of a whopping 6.11. He can't be counted on until he gets a more familiar relationship with the strike zone.

Keone Kela- RP- TEX- Hot- Kela picked up his 13th save of the season last night. He pitched a perfect 9th inning against the Angels to nail down the win for the Rangers. After walking 4 batters in his first 6 appearances, Kela has only issued 3 BBs in his last 17 appearances. He owns a 10.13 K/9 , which is an excellent mark. Kela's ERA is 4.22, but 7 of his 10 runs allowed came in a total of 2 appearances. He is getting more consistent and is firming up his hold on the closer slot in Texas.

Kelvin Herrera- RP- KC- Hot- Herrera picked up his 13th save of the season, retiring all 3 batters he faced, striking one out. His fastball is down a couple of mph over the Royals' World Series seasons. That is reflected in his K/9, which is at 7.54. Herrera's control has been superb, though. He has yet to walk a batter in his 22.2 IP. 217 of his 302 pitches have been strikes. Herrera seems to have bounced back from 2017 and already has recorded half as many saves as he did all of last year.

Masahiro Tanaka- P- NYY- Stats- Tanaka has only recorded quality starts in half of his 12 appearances. Yesterday was not one of them, as he gave up 4 runs on 8 hits and a walk in 5.1 IP. On the plus side he struck out 7 and picked up the win, running his record to 7-2. Tanaka is 4-1 in quality starts and 3-1 when he doesn't post one. He is the beneficiary of pitching for a team with a solid lineup. Tanaka's ERA of 4.79 and FIP of 5.06 wouldn't be expected to yield that W-L record.