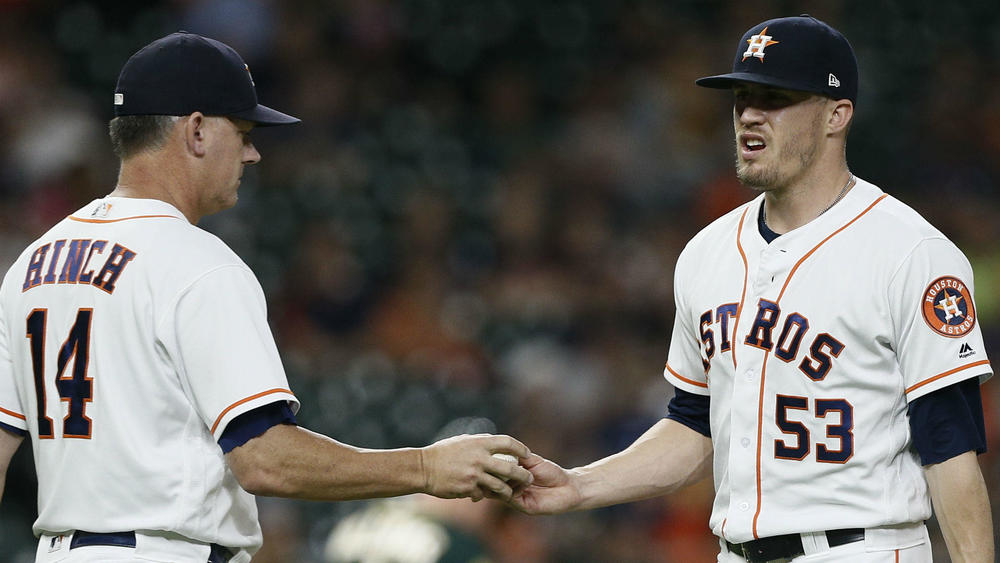 Lots to cover, so little time! As we head into the All-Star Break, I plead with you to please stick with baseball even after the Midsummer Classic happens next week. Many a fantasy baseball team owners go AWOL after the three day layoff and never return to manage their teams. Even if your team is floundering, you owe it to your league mates to remain competitive and engaged the entire season. If you can't handle that responsibility, you must approach the commissioner and suggest a replacement owner is found. I recently had to have that difficult conversation with the commissioner in one of my leagues that I found myself inadvertently neglecting. I know the allure of fantasy football draft season is strong - after all, draft season is what we at Fantistics are known for - but I promise you can (and should) handle both!

Whew, okay. With that out of the way, let's dive into the week that was.

Blown Saves By Closers This Week:

-In a shocking move (at least to me), the Houston Astros optioned former closer Ken Giles to Triple-A. Once viewed as the next elite closer for both real life and fantasy purposes, Ken Giles has officially entered "safe to drop" territory. His most recent meltdown in the 9th inning against the Athletics, more specifically his verbal message for his manager AJ Hinch, all but sealed his fate. Despite an ERA literally one tick below 5.00, Giles still has yet to blow a save. Nonetheless, he'll grab some work in Fresno until he gets his head straight. There's really no reason to keep him rostered in standard leagues, while those in dynasty formats will need to think long and hard about alternative roster options. Hector Rondon will remain Houston's closer for the foreseeable future, or at least until they trade for another.

-The Nationals placed Sean Doolittle on the disabled list with what was officially being labeled as "left toe inflammation". While most assume Kelvin Herrera is the de facto man in the 9th inning while Doolittle is sidelined, especially given Ryan Madson's up and down performance this year, it was actually Madson who got the call in the 9th inning of the team's first save chance without Doolittle. Some of that may have been situational based with Herrera drawing the top of the Mets batting order in the 8th inning. But the fact that Dusty is even thinking situationally gives me pause to call Herrera "the guy". From a pure logic standpoint, Herrera is the better option, but until we see otherwise, Madson will sit atop everyone else for the Nationals in my ranking this week.

-Will Smith continues to dominate as the primary closer for the Giants and absolutely needs to be universally owned. He could conceivably maintain the role through the end of the season, although he would be an attractive trade piece if the Giants decide to become sellers. If he qualified, his 17% swinging strike would be 9th among all relievers, just behind Aroldis Chapman.

-Gabe Kapler continues to do Gabe Kapler things, preferring to play the matchups rather than using established roles. As a result, swinging strike monster Victor Arano received a save chance in the 9th inning on Monday after presumed closer Seranthony Dominguez pitched in the 8th inning. Arano is another name to watch in the Phillies bullpen, but we're expect him to see the smaller portion of save chances moving forward.

-Aroldis Chapman continues to deal with tendonitis in his knee, an issue the team continues to deem insignificant and not serious, but manager Aaron Boone is still giving the closer regular days of rest. My level of concern certainly isn't high enough to consider adjusting him in my rankings, but it's just another factor to keep in mind.

-Cardinals' Bud Norris has bounced back from his relative "rough patch" with ease since the calendar turned to July. Nonetheless, as of Friday afternoon, he hasn't pitched since Saturday July 7th, so hopefully the added rest will help him stay fresh for the second half. For what it's worth, the closer most expected the Cardinals to use during the pre-season, Luke Gregerson, was activated from the disabled list. He'll likely be eased into heavier duty, but the Cardinals desperately need a consistent bridge to Norris in the 9th inning, which is a role Gregerson has excelled at throughout the years.

Want to see our handcuff of the week? Become a subscriber of our season manager! Click here for more details.