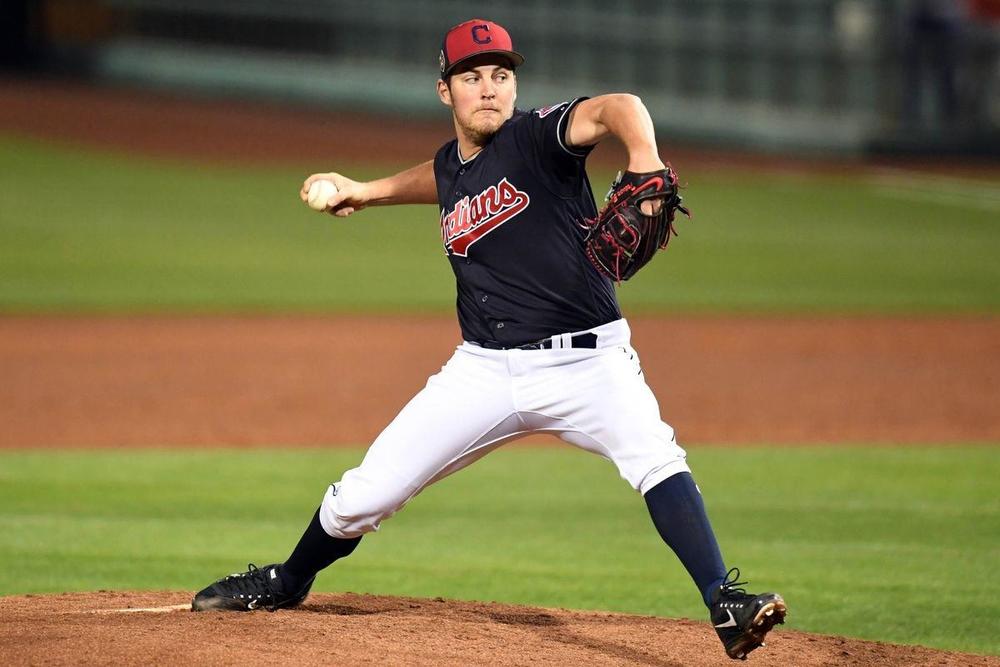 Bauer allowed just 2 hits and two BB's while striking out 10 in 7 shutout IP against the Pirates on Wednesday, helping end Pittsburgh's 11 game winning streak. Bauer continues to prove that he is one of the best pitchers in baseball, as he has now racked up 192 K's in 147.1 IP to go along with a 2.32 ERA this season. Not only that, he has seemingly gotten better as the year has progressed as he has now recorded 8 double-digit K' performances in his last 14 starts. After four consecutive seasons with an ERA north of 4.00 and WHIP in the 1.30's, Bauer has blossomed from a guy who hopefully won't hurt your ratios too badly to a legitimate ace, and his 3.04 xFIP backs up his current success. It will be interesting to see how Bauer is viewed in next year's drafts, but if he keeps this up, we could be talking about a top-10 SP.

Eovaldi was traded from the Rays to the Red Sox on Wednesday in exchange for minor league pitcher Jalen Beeks, and will join a rotation headed by Chris Sale, David Price, and Rick Porcello. Despite a lackluster 4.26 ERA this season, Eovaldi is actually having the best year of his career, as evidenced by his 3.49 xFIP. His K/9 is at a career high 8.37, and is backed by career-highs in SwStr% (11.0%) and O-Swing% (36.3%). Perhaps most impressive is his cut down in walks, as his 1.26 BB/9 (8 BB's in 57 IP) is also easily a career best, and is less than half of his career rate. Those numbers themselves made him an interesting fantasy option even with the Rays, but moving to Boston should only help his stat line as he'll the potential to add a few extra wins. Another advantage of the move is that the Red Sox and Rays still have a couple more series against each other, and if Eovaldi pitches in those series, he'll now be facing the Rays instead of the Red Sox. Overall, the trade isn't a huge jump of value, but still a jump nonetheless.

It seems inevitable at this point that Happ will be traded from the Blue Jays soon, the question just is to which destination, although the Yankees are a team that seems to be mentioned frequently. While his 4.18 ERA is only so-so, his 3.62 xFIP suggests that he has pitched better than that, and he continues to post a career-best strikeout rate (10.26 K/9). Yankee Stadium wouldn't be the ideal place to pitch, but it's not like the Rogers Centre is great for pitchers either. In fact, Happ has struggled to a 5.22 ERA at home this season compared to 2.60 on the road, and 12 of the 17 HR's he has allowed have been in Toronto. If Happ were to be traded to a more pitcher-friendly environment, perhaps he could see a notable increase in value.

Moustakas is another name that has swirled around in trade rumors as he could end up spending the final couple months of the season with a contender. Depending on where he ends up, a trade could very well be a good thing for Moustakas' fantasy value, as the Royals play in one of the least friendly parks for a hitter. In his career, Moose has hit 80 HR's on the road and 59 at home. With 20 HR's to date, he'll be hard pressed to match his 38 bombs from last season, but in the right environment, don't be surprised if he gets close to that number

It's been an awful season for Gray, but he hasn't looked too shabby in his last 2 starts, allowing 2 ER's in 11.1 IP with a 14:4 K:BB in those two outings. Pitching against the Royals on Thursday should be a good opportunity for him to keep going on the right track. DraftKings Value Play Salary $8,200.