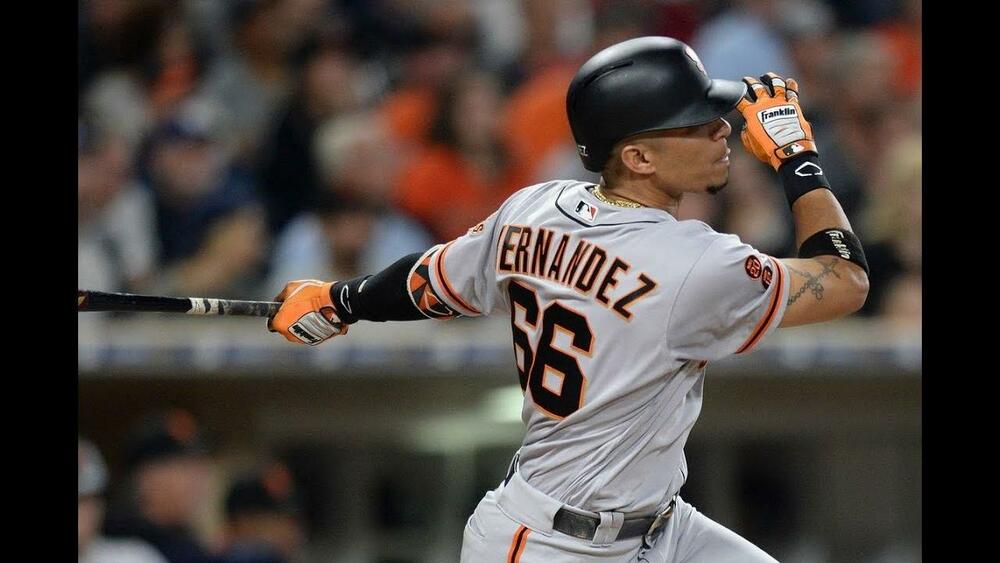 Gorkys Hernandez (OF-SF) - I never thought much of Hernandez as a prospect or as a big league player prior to this year, but I have to admit, he's looked strong at the plate in 2018. Leading off Monday, Hernandez went 1-for-4, but the hit was his 11th homer in 219 at-bats and it gives him a solid .283/.335/.475 slash, including four home runs. Hernandez had a fat ZERO homers in 310 at-bats in 2018, so he's obviously made some adjustments and has been a nice source of value in deeper leagues. Prior to last year's .653 OPS, Hernandez did hit .302/.382/.421 in Triple-A with the Giants, but that was as a 28-year-old, so we really could not have seen this coming. He did enter Monday's action with a 27.8% K%, so there's plenty of BA downside, but as a cheap source of power and some steals, fantasy owners could do worse. He's been much better vs. RHP, so keep that in mind for DFS purposes.

Anibal Sanchez (SP-ATL) - Holding the Yankees to three runs in six innings is good for most any pitcher, but for Sanchez, it was a nice recovery after a down stretch. He got the no-decision in walking two and striking out four, and his ERA is still a solid 2.89. Sanchez is merely a placeholder for the Braves' enviable staff of young pitching in the minors, but his 48:18 K:BB in 53 innings isn't bad, even if the seven home runs are far too many. Sanchez has lost a little velocity in each of the past five seasons, including this one, so it's easy to remain skeptical, particularly given he entered Monday with a 4.14 FIP versus a 2.68 ERA. Maybe that .247 BABIP doesn't continue (it probably doesn't), and you likely can't sell high on a guy who put up a 5.67 ERA from 2015-2017, so may as well ride this out and cut bait once he implodes, which seems likely.

Wei-Yin Chen (SP-MIA) - Chen has a contract in which he is owed $47 million through 2020 plus another $16 million in a 2021 vesting option. Needless to say, the Marlins would love to unload some of that, and perhaps they can this year if Chen pitches well. Monday was a start, as the lefty held the Rays to one run over six solid innings to lower his ERA to 5.55 and his WHIP to 1.51. It was just his third QS in 13 starts this year and he's had games of seven and nine runs allowed. In addition, Chen's 46:25 K:BB in 61.2 innings is far from special. Chen looks to be a massive bust, but his velocity is in line with past seasons, and if he can continue to show the strong controls he's had in his last four starts (three BB in 22 IP), the Marlins may have a trade chip if they want to cover 50% of the funds remaining on his deal.

Greg Holland (RP-STL) - Don't look now, but Holland may start to become fantasy-worthy at some point in the near future. After a 9.25 ERA through May 25, Holland hit the DL with a hip injury before struggling (5 IP, 4 ER, 5 BB, 4 K) through a minor league rehab assignment and being activated. Since then however, Holland has made six appearances (5.2 innings) while allowing just two hits, no runs, no walks, and an impressive eight strikeouts. He's not completely out of Mike Matheny's doghouse, but given his $14 million salary, if he's pitching like this over his next few appearances, Holland could be saving games sometime this month. Current closer Bud Norris has allowed six runs in his last 9.1 innings, so the door could open at some point soon for Holland.

Nick Kingham (SP-PIT) - Led by Cody Bellinger and Matt Kemp, the Dodgers pummeled Kingham and the Pirates on Monday. Kingham was charged with seven runs (five earned) on eight hits over three innings, including three walks and three home runs. Kingham saw his ERA rise from 3.82 to 4.70 as a result. His 37:10 K:BB in 38.1 innings is still excellent, and his long-term outlook as back-end of the rotation starter (his floor remains positive despite this one. It was Kingham's first MLB start since he held the Cubs to two runs over 6.1 innings on June 9, so maybe there was some rust involved. Kingham has a 2.19 ERA in nine Triple-A starts, so there's really nothing left to prove there, and given the indefinite return from Chad Kuhl (forearm), Kingham should remain in the rotation for the foreseeable future.