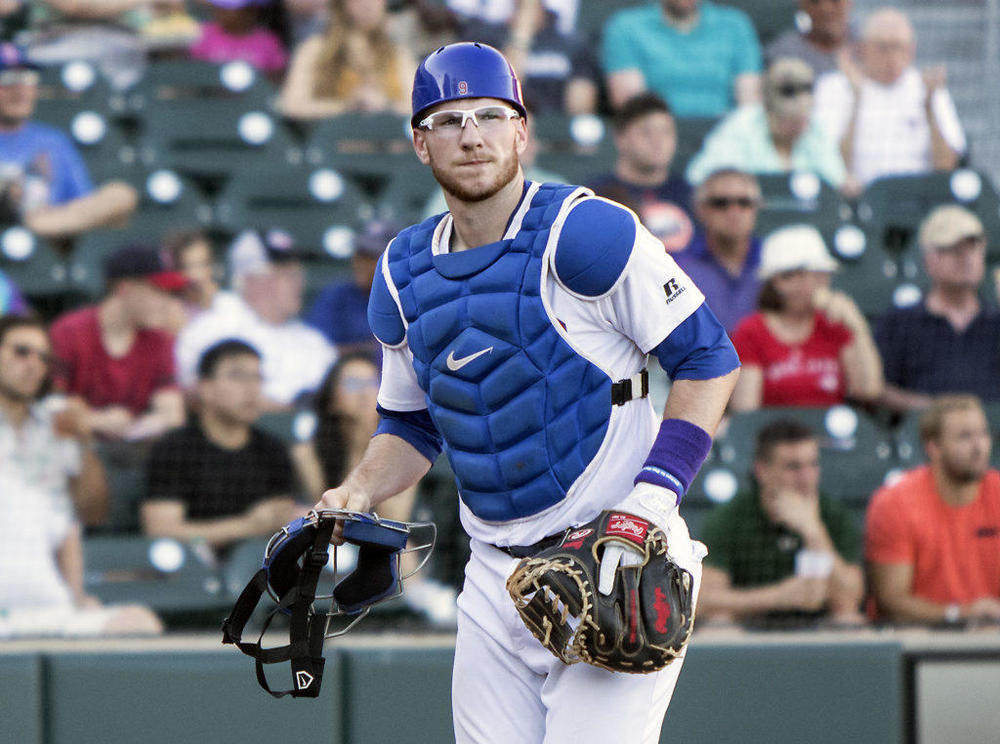 Danny Jansen (C-TOR) went 2-3 with a pair of doubles and two runs scored against the Phillies on Saturday. Over 26 big-league at-bats, the 23 year-old backstop is now hitting .385 with five doubles, a home run, three RBI, and five runs scored. That's obviously a tiny sample size, but Jansen enjoyed a fine 2017 season in which he ascended from High-A to Triple-A before acquitting himself well again over 360 Triple-A at-bats this season, hitting .275 with 12 homers, 58 RBI, and 5 stolen bases. He has excellent plate discipline and contact skills, as evidenced by his 12.2% walk rate and 13.6% strikeout rate in Triple-A this season; last year, he actually walked more often than he struck out in both Double-A (10.5% walk rate and 9% strikeout rate over 210 plate appearances) and Triple-A (14.1% walk rate and 9% strikeout rate over 78 plate appearances). If you could use help at C, why not pick him up to see how he finishes out the season?

Miguel Andujar (3B-NYY) went a combined 4-9 with a home run, four RBI, and two runs scored in Saturday's doubleheader against the Orioles. The rookie is now batting a robust .300 with 21 home runs and 70 RBI on the campaign, and has been raking since the All-Star break. Entering Saturday's action, he was batting .341 with 8 homers and 27 RBI across 126 at-bats. Although Andujar had hit for average in the minors, the power display (.225 ISO going into Saturday) has been a pleasant surprise; he had never hit more than 16 longballs in a season, although that was last year across Double-A and Triple-A. If there is one part of Andujar's game to knock, it's his disinterest in taking walks, as evidenced by a 4% walk rate. It will be interesting to see what he does down the stretch in 2018 and how high he goes in drafts next season; he sure looks like he could be a cornerstone of the Yankees offense for years to come.

Mike Fiers (SP-OAK) continued to thrive with the Athletics on Saturday, tossing 5.2 innings in which he allowed one run on five hits and two walks while striking out seven Twins batters. Since joining Oakland earlier this month, he's enjoyed four stellar outings in which he's allowed just four runs on 16 hits and three walks while striking out 28 over 24 innings of work. The overall stat line for the 33 year-old Fiers in 2018 is impressive, as he now boasts a 3.15 ERA, 1.16 WHIP, and 1.83 BB/9. However, fantasy owners should proceed with caution, as his 85.1% strand rate (75.6% career) and .273 BABIP allowed (.291 career) factor into a 4.45 xFIP and 4.26 SIERA. Considering that he gives up plenty of longballs, as evidenced by his 1.45 HR/9 (1.37 career), it's a minor miracle that he's stranded so many runners. The 37.9% hard-hit rate that he's surrendered to opposing batters is his highest since 2013, and his 43.5% flyball rate allowed surpasses his career clip of 39.1%. I'd definitely be wary of some regression toward the mean going forward, although making half of his starts in Oakland can help mitigate some of his flaws.

Lucas Giolito (SP-CWS) looked sharp against the Tigers, as he tossed seven innings in which he allowed just one earned run on three hits and a walk while whiffing six. It's been a terrible season for the former top prospect, as he now has a 5.85 ERA and 1.44 WHIP on the year - his 5.57 xFIP and 5.50 SIERA confirm that he's been just about that bad. His K/9 sits at 6.41 while his BB/9 is 4.67, and he's given up homers at a 1.43 HR/9 clip. But he might just be starting to figure things out, as his K/9 before the All-Star break was just 5.49 while he's raised it to 8.91 since. Meanwhile, his BB/9 has tumbled from 5.23 to 3.67, and he's cut his HR/9 from 1.48 to 1.31 from the first to the second half of the season. Accordingly, his xFIP during the second half sat at 4.06 entering play on Saturday (well below his 6.23 xFIP from before the All-Star break. If he continues to make strides down the stretch in 2018, he could be a nice value pick late in next year's drafts.