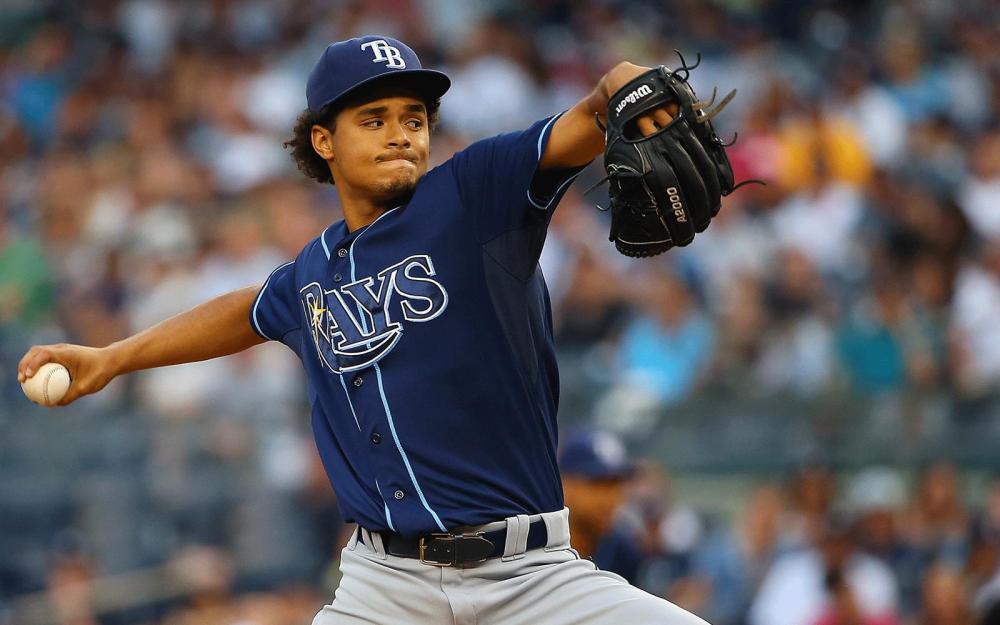 Adolis Garcia was 0-4 with 2 K against the Marlins. He was called up by the Cardinals to make his major league debut. He is a 25-year-old outfielder signed out of Cuba in 2017. At Triple-A this year he was hitting .269 with 21 HR, 56 R, 67 RBI, and 10 SB through 98 games. The tools are loud but he has an aggressive approach (23% K, 4% BB) that could lead to major league pitchers taking advantage leading to strikeouts. His power/speed combo is hard to find on the wire and there is potential for upside in his bat. It remains to be seen how long he will be up or if it is until Tyler O'Neill comes off the DL. He needs to be owned in all-formats outside of shallow mixed leagues just in case this is a long-term move.

Chris Archer went 5 IP and gave up 2 ER on 5 H, 2 BB, and 3 K's against the Rockies. Archer's start to his Pirates career did not go as planned (4.1 IP, 3 ER) in his first start but he bounced back with a solid start in Coors. On the year he has a 4.36 ERA with a 1.44 WHIP over 105.1 IP. The move to the NL and out of the AL East will be a positive for Archer. The concern for Archer moving forward is that he is going to need to make a change in order to reach the ace level that we expect from him given his talent. Currently, he is a two-pitch pitcher which doesn't lead to long-term success. He has the swing and miss stuff (14% SwStr) but a third pitch would help keep hitters off balance. This is important because he has been relying on his slider more than ever (43%) because his fastball has been so bad (-9.5 pitch value). Obviously, the Pirates have a plan for Archer that they hope will bring out the best of his ability so only time will tell us what that is. Until then it is likely going to continue to be subpar results from Archer.

Vince Velasquez went 4 IP and gave up 4 ER on 6 H, 4 BB, and 2 K's against the Diamondbacks. Velasquez has had a strong bounce-back year after a terrible 2017 season. He has a 3.98 ERA with a 1.20 WHIP over 117.2 IP. The biggest change has been health for the talented right-hander. He still possesses strikeout stuff (27% K and 12% SwStr) and has lowered the walk rate to a manageable 9%. He has also made a slight change to his pitch mix by throwing more sliders and curves in exchange for his change-up. This has led to more strikeouts and fewer home runs (1.03 HR/9). The Phillies are going to need to manage his innings down the stretch because the most innings pitched he has had at the major league level is 131 IP in 2016. Other than the injury concern, Velasquez has the skills to be an above average pitcher down the stretch.

John Gant went 6 IP and gave up 1 ER on 2 H, 1 BB, and 4 K's against the Marlins. Gant has a 3.89 ERA with a 1.29 WHIP over 69.1 IP. His strikeout rate is below average at 20%. He is getting 12% swinging strikes which means that he could see a slight uptick in strikeouts. The concern is that he is primarily a fastball/changeup pitcher which doesn't lead to many strikeouts. He would need to utilize his curve more often to trade in those swinging strikes for strikeouts. Gant also has a problem with hard contact (47%) and his advanced metrics believe he will regress in his home run rate (0.85) which is going to put him closer to his SIERA (4.65) than his traditional ERA. He is someone to avoid unless you desperately need a streamer.