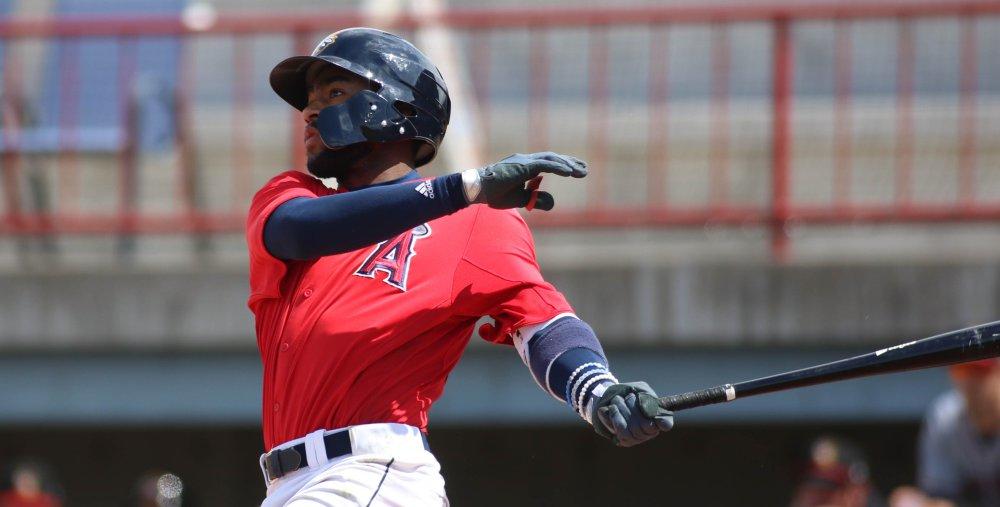 Jacob Nix threw 6 shutout innings at the Phillies Friday night in his major league debut. The 6-3/233 right-hander fanned 4 against 4 hits and 2 walks. This appears to be a straight promotion with the Padres taking a look at what they have in a prospect who dominated AA this season despite a bout with some groin issues.

This was Jacob's second tour of AA after a rather non-descript ramp up to his 2018 stat line. Check his xFIP throughout his pro career and you'll find more consistency than with you will with his ERA. You'll also see more consistency in his secondary indicators. His K rate was up a bit this year, and his walk rate returned to his norms in his second tour at the level.

Two other columns that aren't consistent tell the story of 2018, his LOB% and his BABIP, where he saw major tailwinds this year. Where he had been unfortunate previously in LOB%, Jacob was very fortunate this year in AA. Subtract 90 points in BABIP, which leads to 70 or 80 fewer points in BA and, Frank Viola, here we are! I don't see changes in his LD% or GB% which describe a mechanical change to support those gains, so I'm looking for regression.

Jacob is a pretty standard-issue SP prospect. He has good, but not elite velocity, but what he has going for him is that he throws his fastball, curve, and change with good command. He also has a double-digit delta on his change. Those are good building blocks. So far, they haven't resulted in enough swing and miss (anywhere in his pro career) and that's a limiting factor on his ceiling. Now he's young, and he has enough velo and delta to produce a little more swing and miss, so there's some potential growth there, I'm just not willing to bet on it at this point. Until we see it, he looks like a back-half starter.

Joe Adell, the Angels' first-round pick in 2017 (10th overall) has arrived in the high minors, hitting AA three games ago (as of this writing) nearly 8 months before his 20th birthday. That promotion was the result of 238 sexy ABs in High-A (you heard me, sexy) which produced a .290 BA, 12 HRs, and 9 SBs

Here's what I wrote about Joe when he was drafted last summer:

Speaking of toolsy ... And we did so in a complementary way when pinning that label on Royce Lewis. I am not being all that complimentary when I call high school outfielder Jordan Adell, out of Ballard Kentucky, a toolsy outfielder. We've seen his type before, athletic, lots of raw power, some raw speed, easy to daydream about, but he has contact issues and doesn't bring a natural hit tool to the table. Yadda, yadda, yadda ...

Well, Joe posted a 32.9% SwStk% in his first 118 pro ABs but quickly collected himself after that becoming a quality hitter with more-than-acceptable contact rates. There have been enough gains and we have enough data to believe Joe can be a decent hitter, if not average. That is the question with him and a decent hit tool is the key that can unlock all of that other toolsiness we talk about with Joe.

Basically, what we've seen since Joe became a pro has elevated his stock because we've seen some evidence that he'll be capable of making his skillset work. He can be good defensively which is another plus, and he's ahead of the age curve. Joe has risen from being a draft day reach, to now squarely being a compelling, high-ceiling prospect. There is unlikely to be a 2018 contribution and I am not promising anything for 2019 either, but Joe is the type of long-term prospect you invest the time into