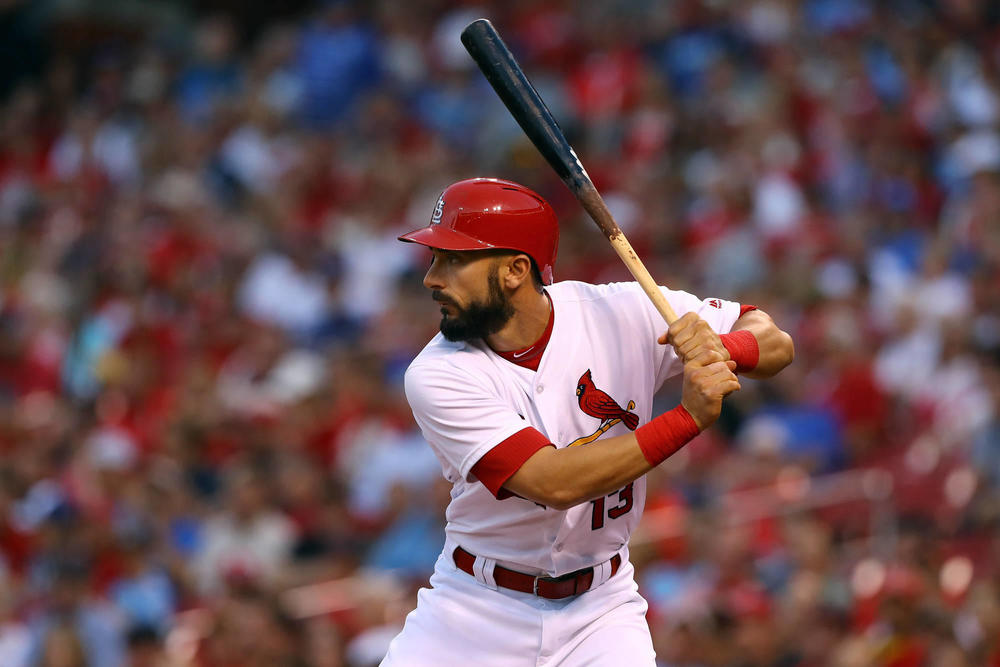 Matt Carpenter (STL) - Matt Carpenter stayed torrid hot on Monday as he hit a go-ahead 3-run homerun in the bottom of the 9th inning against the Nationals. The homerun was Carpenter's 33rd of the season. He's now hitting .280/.391/.598 with 81 runs ad 68 RBI. The homerun also raises his HR/FB rate to 23%, which is easily the highest of his career and the highest mark since he posted a 16% HR/FB rate in 2015. When you consider that he's also generally a flyball hitter about half of the time, it makes his HR/FB rate even more incredible. His 51% hard hit rate is incredible and currently ranks behind just Ryan Howard's 2007 season and Eugenio Suarez's current season.

Paul Dejong (STL) - Paul Dejong hit a homerun in the bottom of the 9th inning as the Nationals were walked off on for the second night in a row. Dejong continues to be an extremely productive hitter as a middle infield eligible player in fantasy leagues. Over 311 plate appearances, he has 13 home runs, 45 runs and 36 runs batted in. His .243/.319/.446 does leave a bit to be desired, but with a .286 BABIP and a strong 38% hard hit rate, there's reason for optimism that his average will natural regress higher to where it should be based on his peripherals.

Zack Greinke (AZ) - Zack Greinke had a so-so outing on Monday as he went 6.1 innings while allowing 6 hits, 4 earned runs, 2 walks and struck out six. All of the damage came via the long ball as he game up a solo homerun to Ronald Guzman and a 3-run homerun to Robinson Chirinos. It was Greinke's first outing allowing more than 3 earned runs since June 13th. In fact, Greinke has quietly been one of the league's most effective pitchers other than time period, pitching to a 1.64 ERA with 62 strikeouts and 12 walks over 64 innings. Monday's outing was simply a bump in the road for Greinke, but he should continue to pitch as an SP1 the rest of the way.

Jacob deGrom (NYY) - Jacob deGrom was tasked with the difficult assignment of trying to stop a very good Yankees lineup and he once again excelled. On the night, deGrom finished with a line of 6.2 IP, 5 H, 3 R, 2 ER, 2 BB, and 12 K. The performance actually raised his ERA from 1.77 to 1.81, but deGrom continues to dominate opposing batters. His 31% strikeout rate and 6% walk rate are both excellent and hi 71% contact rate paired with a 29% hard hit rate tell the story of a pitcher who not only makes it difficult for hitters to made contact with the ball, when they do, it's not quality contact. His 84% strand rate may need to regress just slightly, but it's not enough to pose a significant concern to his ratios.

Ronald Acuna Jr (ATL) - Ronald Acuna Jr showed why he is viewed as one of the best young players in baseball during a double-header on Monday. Acuna went 5-for-9 with a double and a pair of home runs. Acuna now has 17 on the season across just 283 plate appearances. In case you're keeping track at home, his HR/FB rate is now sitting at 24%, a mark we'd normally caution isn't sustainable until we look at his 43% hard hit rate and 45% pull percentage. Add in his 8 steals and his .283/.343/.554 slashline and there's a very real possibility that we're watching a first round pick in 2019 develop before our eyes.

This is just a small sample our daily analysis, join our member area for over 80 daily player updates sent to your inbox every morning and track your team online. Click here for details: https://www.insiderbaseball.com/baseballsample.htm