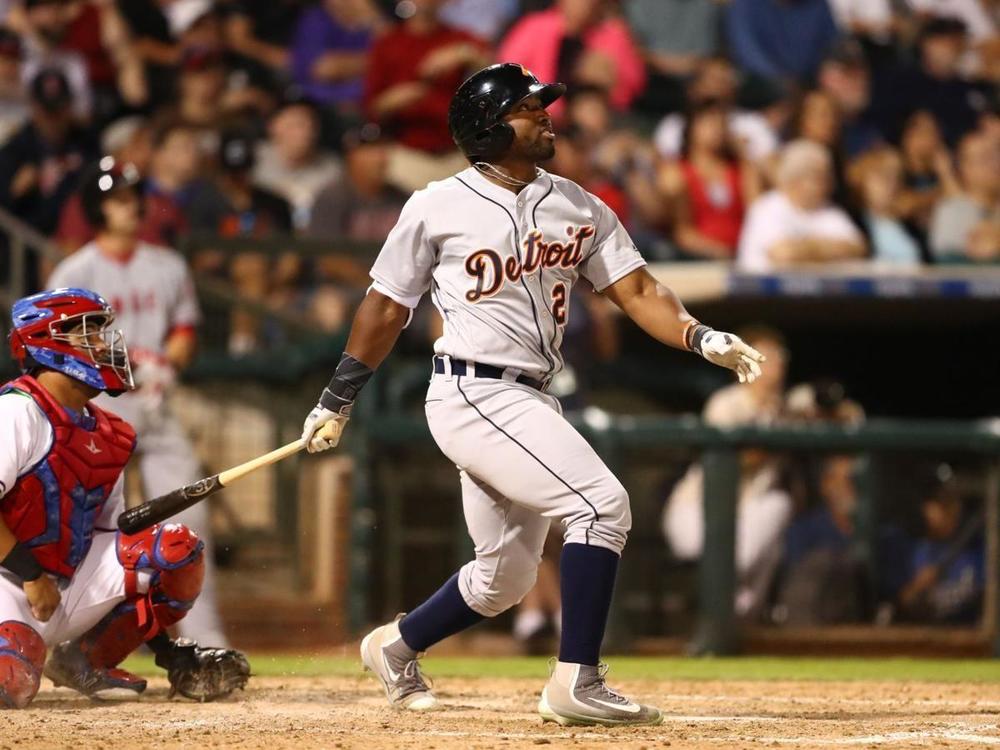 Christian Stewart (OF-DET) Stewart had a huge night Thursday going 2 for 4 with his first 2 career home runs and 6 RBIs. Entering play Thursday, it had been an underwhelming start to Stewarts big league career, as he was slashing just .229/.341/.257. The .029 ISO is ugly, but will begin to trend upwards following his first career multi home run game. There are some additional positives though as Stewart has had fairly good plate discipline posting a 12.2% BB rate and 19.5% K rate, numbers which are right around his AAA numbers and solid numbers for someone who has put up 3 straight 20+ home runs season at different levels of the Tigers farm system. Stewart will be a regular starter for the Tigers over the season's final weeks and could be a sneaky add for teams looking for some power.

Adalberto Mondesi (2B/SS-KC) Mondesi went 2 for 5 with his 11th home run of the season Thursday. At this point Mondesi is becoming a must start in all Fantasy Baseball Formats as he is turning in elite-level numbers across all categories especially in September where he is slashing a healthy .313/.353/.500 with 4 HR, 10 RBIs, 8 steals and 12 runs scored. The late 2018 breakout is great to see from Mondesi who turned in two pretty tough showing in 2016 (.512 OPS, 47 games) and 2017 (.460 OPS, 25 games) following callups to the Royals. Owners should take note of an elevated .357 BABIP in 2018 and the fact that for someone who is considered a table-setter he doesn't put up traditional plate-discipline numbers (3.3% BB rate, 26.1% K rate). The 2019 uptick in production could be attributed to a slightly different approach where Mondesi is hitting the ball more up the middle (39.6%) and has drastically improved his Hard hit % (25.7% last year, 41.4% in 2018).

Mike Trout (OF-LAA) Trout hit his 36th home run of the season Thursday afternoon. Trout has now homered in 3 of his last 4 games following a 7-game home run drought since he launched 2 vs the White Sox. Trout continues to put up elite numbers despite a poor lineup around him, as he has a ridiculous .317/.463/.629 line with a league leading 115 walks and 23 intentional walks. Trout needs 4 more runs to reach 100 runs scored for the 6th time in the past 7 years and has once again proved how valuable he is overall adding 24 steals to his 36 home runs. The only knock could be his RBIs - he has only collected 72 in 132 games; although not due to a fault of his own as he has hit .320 with men on base, and .338 with runners in scoring position. In one of the more fascinating statistics you will see, Trout has logged 118 plate appearances with runners in scoring position but only has 68 official at bats in those situations as he has drawn 42 walks and been walked intentionally another 21 times.

Masahiro Tanaka (SP-NYY) Tanaka struggled Thursday allowing 4 ER on 8 hits over 4 innings, registering just 4 strikeouts. Entering play Thursday Tanaka had surrendered just 1 ER over his past 3 starts covering 21 innings, registering 24 strikeouts and picking up wins in all 3 starts so Thursday was a disappointment. The low run totals are nice to see, as Tanaka has rebounded from his 4.74 ERA season of 2017. While the ERA (3.61) is significantly lower Tanaka is still registering similar numbers across the board with a K rate (2017 - 9.79 K/9, 2018 - 9.24 K/9) and has the posted the exact same 2.07 BB/9 each of the past two years. A reduction in BABIP from .305 to .271 as well as a drop in HR/9 from 1.77 to 1.40 could be playing a role in Tanaka's improved campaign.

Luke Voit (1B-NYY) Voit homered again Thursday going 1 for 4 with home run number 10 . Voit has been a monster for Yankees, slugging 10 home runs in 38 games while posting an impressive .320/.394/.649 line. The Yankees probably weren't expecting this level of production when they made the trade with the Cardinals as Voit only hit for modest power in the Cards minor league system, posting a career high of 19 home runs over 134 games for class AA in 2016. Voit has the feel of your prototypical power hitter, both walking (11% BB rate) and striking out (26.3%) at relatively high rates. The Yankees seem content playing Voit on a regular basis and has also proven to be matchup proof hitting both righties (.297) and lefties (.325) at solid rates.