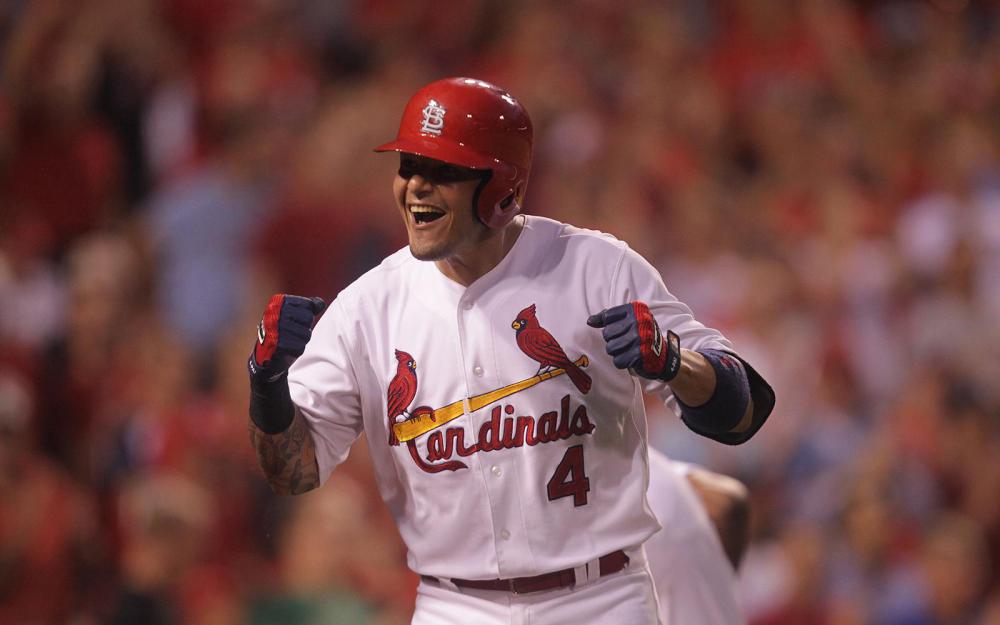 Reds second baseman Scooter Gennett went 2-for-4 with two solo homers Tuesday against the Pirates. Gennett accounted for nearly all of Cincinnati's offense in a 7-3 loss, putting the Reds on the board in the seventh and contributing their third and final run during the following inning. That makes three long balls in Gennett's last two games, giving him 22 among his NL-leading 165 hits. He's also taken the lead in the NL batting race with seven multi-hit games in his last eight contests, lifting his average to .322. The firs-time All-Star has built on his breakout 2017 to become one of the National League's best hitters, rewarding fantasy owners who took a chance on him this year.

Phillies righty Jake Arrieta won after allowing four runs on eight hits (two homers) and two walks with 11 strikeouts in 7 1/3 innings against the Marlins on Tuesday. Arrieta was handed a four-run lead before he took the mound and cruised from there, aside from a pair of solo homers he allowed to J.T. Realmuto. The 11 strikeouts marked a season high for Arrieta, who had reached double digits just one other time this season back on April 19. Tuesday's gem was a return to form for Arrieta, who had gone 0-3 with a 6.30 ERA over his previous four outings. He'll make his next start vs. the Nationals at home on September 10.

Cardinals outfielder Marcell Ozuna went 2-for-5 with two solo homers Tuesday against the Nationals. Ozuna's first two hits of September were home runs as he enjoyed his first multi-homer game of the season. The outburst increased his homer total to 18, which is still less than half of his career high of 37 homers from last year. Considering that his previous best was 23, it may be that his true power ceiling is in the 20-25 homer range. Paired with his solid batting average (.272), Ozuna is a solid fantasy option in most formats, albeit not a superstar.

Cardinals catcher Yadier Molina went 2-for-4 with a grand slam, two runs and a walk Tuesday against the Nationals. With St. Louis leading 7-5 in the top of the ninth, Molina gave the Redbirds some breathing room with his first grand slam of the year. The long ball was his 17th of the season but just his fourth since Independence Day, as the 36-year-old has tailed off a bit since his scorching hot start to the season. The veteran backstop entered Tuesday's contest batting just .187 over his previous 19 games, so perhaps the big homer will jolt his bat back to life for the September stretch run.

Marlins catcher J.T. Realmuto went 2-for-3 with two solo homers and two walks Tuesday vs. the Phillies. Realmuto was one of the few Marlins to do any damage against Jake Arrieta, taking him yard in the first inning as well as the eighth. The multi-homer game was his third of the year, bringing his season total to 20 along with a personal-best 70 RBI. Realmuto has increased his home run and RBI totals every year since debuting in 2014, developing into one of the game's premier offensive backstops. While he hasn't run as much this year, tallying only three steals after notching at least eight in each of the previous three campaigns, his potent bat (.862 OPS) more than makes up for it.