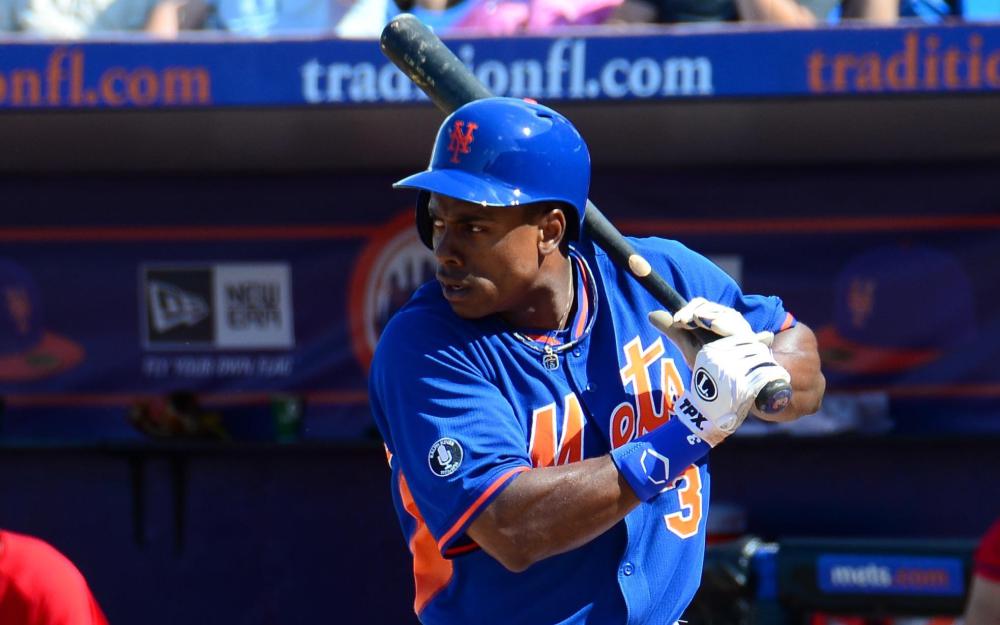 Curtis Granderson (OF-MIA) - The rebuilding Marlins seem to have no issue playing an elderly Curtis Granderson frequently, and on Tuesday, he even got a start against a southpaw - the Mets' Jason Vargas. Granderson went 2-for-4 to raise his line to .300/.429/.700, though of course that's in a very small sample size -13 PA. He probably won't play every day, though with his "competition" including the likes of Rosell Herrera and Peter O'Brien, it's easy to see a path to 450+ PA. Granderson isn't going to approach his salad days of 40+ home runs (2011-2012), but he did have a .351 OBP last year and he should be good for 15+ home runs. I like him as an NL-only guy and a Draft Kings play as a cheap OF option if he's in the lineups against weak RH starters. Of course on Wednesday he gets Jacob DeGrom, so if you're feeling lucky, his ownership % should be quite low.

Josh Hader (RP-MIL) - In case there was any doubt, Hader is the Brewers' #1 closer option. He racked up save #4 on Tuesday with a scoreless ninth against the Reds. For the year, Hader has tossed five innings, allowing no runs on one hit with a 10:1 K:BB. If he can stay healthy and continues to close (voters like saves), Hader is my #1 pick for NL Cy Young. Okay, so Jacob DeGrom and Max Scherzer will obviously be in the mix, but this guy is just so dominant, the numbers could be mind-boggling. Think 50 saves, a sub-1.00 ERA, 0.75 WHIP, and 150 strikeouts - as a reliever. Hader did have a 3.78 second-half ERA last year, so maybe the heavy usage caught up to him a bit, but he's easily fantasy baseball's #1 reliever.

Anthony DeSclafani (SP-CIN) - DeSclafani's 2019 debut went well Tuesday against the Brewers, allowing one run over five innings with an 8:3 K:BB. DeSclafani has a career 4.22 ERA, but he's shown flashes of being perhaps a 3.75 guy if things break right. He struggled to a 4.93 ERA last year, resulting in some minor league time, but there were some encouraging signs, mainly an 8.5 K/9 and 2.4 BB/9. A 1.88 HR/9 was his primary downfall, but he also recorded an abnormally-high 19.8% HR/FB rate, a number that if it normalizes could lead to a sub-4.00 ERA. Of course his home park is less than favorable, but if he can keep the ball in the yard and stay healthy, maybe the Reds benefit from a breakout.

Kike Hernandez (UT-LAD) - Hernandez is off to a great start, going 2-for-4 Monday to raise his slash line to a solid .375/.450/.750 with two homers and a 3:3 K:BB in 20 PA. Hernandez is getting a chance to be the everyday second baseman, and it appears he's going to thrive in that role. Kike took a step forward last year, adding 77 points of OPS while hitting 21 home runs. He led off in Monday's game with the Dodgers facing a lefty, so expect that situation to continue. He'll hit further down in the lineups against right-handers. Hernandez did sit in favor of Chris Taylor in the 18-5 game against Arizona, but he should top 500 PA for the first time in his career. Interestingly, Hernandez improved his launch angle from 13.2% to 15.5% last year and has started out at a whopping 26.5% in 2019. We don't have enough data to say whether this is at all partially sustainable, but maybe there is 25-30 homer power here. Due to the uncertainty around whether he'll be in the lineup every day against RHP, I'd probably use him in Draft Kings against lefties only for now, though if you confirm he's in the lineup against a middling RHP and the price is right, go for it. The Dodgers face LHSP's on both Wednesday and Thursday, making Hernandez particularly appealing as long as the price isn't much above $3,900.

Jimmy Nelson (SP-MIL) - Nelson is set to make a rehab appearance for Triple-A San Antonio, likely sometime the week of April 15. That could put him in line to return to the Milwaukee rotation sometime the following week, though no timetable has been announced. A shoulder injury wiped out all of last year, but he had pitched at least 175 innings the previous three seasons, culminating in a strong 2017 (3.49 ERA, 10.2 K/9, 2.5 BB/9 in 175.1 innings). Nelson can be a top-30 fantasy starter when healthy, but hew doesit remains to be seen whether the gains he realized in 2017 (particularly the control) carry over into 2019. If they do, there's an opportunity for fantasy owners to get a really cheap strong SP.