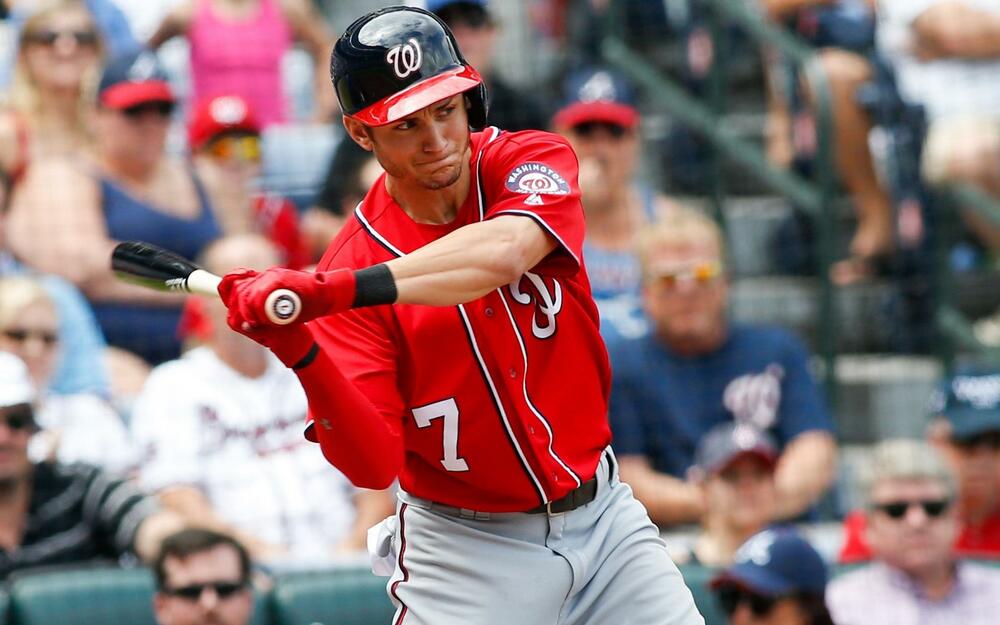 Carter Kieboom, Washington Nationals - Kieboom hit the second homer of his big league career on Sunday. Kieboom has already hit the pair of homers in just 13 plate appearances in the majors after hitting just 16 homers in over 550 plate appearances across two levels last season. He had hit three homers in AAA in 83 at-bats though, and there's some serious evidence thus far to show that the balls may be a taaaad bit juiced this year in both the majors and AAA. Kieboom is a must add in any leagues as he's going to be the primary SS for the Nationals until Trae Turner returns, and if he continues to perform (and the Nats are still in contention) he could take over second base if Brian Dozier continues to struggle.

Kevin Gausman, Atlanta Braves - Gausman was roughed up for the second straight outing, allowing five runs over five innings to the Rockies. Gausman has now given up 11 runs (10 earned) over his last 10.1 innings and has allowed three homers in that span. The one positive for Gausman right now is that he's continuing to strike over a batter per inning this year, something he's never done over a full season in his entire major league career. His swinging strike rate for the year is 13.5%, 2% over the career-high mark he set last season. Gausman's strikeout numbers have jumped since coming to the Braves as he's jumped his splitter usage to over 30%. The one thing we haven't seen him use this year, that he used last year with the Braves, is his slider and he's basically shaved 8% off of that number and put it all into his splitter.

Dexter Fowler, St. Louis Cardinals - Dexter Fowler went 2-for-4 on Sunday with an RBI and his sixth double of the season. Fowler has surged over the last two weeks to post a triple slash of .316/.419/.430 over 93 plate appearances this year. I wouldn't count on this lasting though as Fowler ranks in the bottom 8% of the league in exit velocity and he's in the 23rd percentile for hard-hit rate. His xwOBA and actual wOBA are close to being aligned, but unless he starts hitting the ball with some more pop it's unlikely that he's going to provide more than the fairly empty batting average.

Zach Eflin, Philadelphia Phillies - Zach Eflin threw a complete game on Sunday allowing just one run. He scattered seven hits over his nine innings but struck out just three batters. He only had 11 whiffs in the outing but did amass 20 called strikes with 15 of those coming via the fastball. Eflin is currently riding a sub-10% swinging strike rate for the season, and this start fell right in line with that. It'd be nice to see him jump back up even to over 10% like he did last year, and until then you definitely need to be prepared for potential blowups with that much contact.

Johan Camargo, Atlanta Braves - Nick Margevicius is starting for the Padres on Monday and if the Braves continue doing what they've done all season, Johan Camargo will get the start somewhere for the Braves in the series opener. Camargo destroyed lefties last season and he's doing the same this year with a 153 wRC+ against lefties compared to an unplayable 39 wRC+ against righties. They'll find a way to get him into the lineup somewhere Monday, with my guess being in right field to give Nick Markakis a day off. At $3,900 there's some real value here.