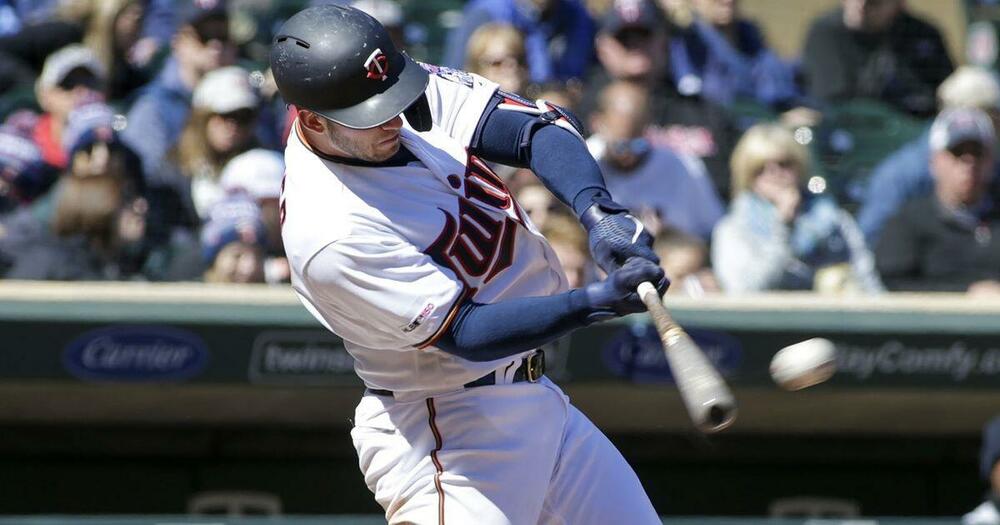 Garver went 1 for 1 with a home run and 3 walks Friday. What seemed like a possible position of weakness for the Twins entering the year Garver has been leading the Twins triple headed catching rotation (alongside Jason Castro and Willians Astudillo) that has absolutely mashed at the plate. Garver currently has a ridiculous .364/.440/.788 line with 8 home runs and 16 RBIs. Granted, a .390 BABIP is somewhat fueling that - but its hard to ignore the power surge fueled by the .385 ISO. Garver put up solid hitting numbers for a catcher last season (.749 OPS, 45 RBIs, 38 runs scored) but he looks on pace to shatter those numbers. As mentioned above he may still yield starts to Castro who is the superior defender - but also has a .965 OPS and Astudillo (.870 OPS) when they return from injury.

Crawford went 2 for 4 Friday in his Mariners debut. He hit well so far at AAA for Tacoma, posting a .319/.420/.457 line with 3 HR, 3 steals and a strong 19:25 BB:K ratio. He owns a career .692 OPS over 200+ career major league plate appearances with the Phillies before he was traded - and the nice start at Triple-A could be a sign of things to come for the former top prospect. Crawford has displayed a pretty even BB:K rate throughout his minor league - and if he can improve upon his 26.8% K rate he posted in the majors last year he does offer some upside as he did have 6 doubles, 3 triples and 3 home runs un 49 games last year. Following a HBP yesterday Dee Gordon was not immediately placed on the DL and Crawford's playing time could very well be dictated by if he gets off to a hot start following his call up.

Rodriguez was lights out vs a powerful Mariners team Friday shutting them out over 7 innings while striking out 5. 2019 has largely been a struggle for Rodriguez but may have turned the corner following his second impressive start. His his walk rate (3.44 BB/9) is up from last year and Rodriguez has seen a drop in his fastball in 2019 almost a full mph to 92.6 and batters have seen to adjusted hitting him at .295 clip vs fastballs, up 50 points from last year. Perhaps the biggest different though is that Rodriguez has been terrible about letting runners on base score - he has a strand rate of just 63% down 13% from last season, and opposing hitters are hitting .391 vs him when runners are in scoring position. Rodriguez will need to improve his numbers with men on base if he wants to get back to being a strong fantasy option - but seems to be on the right track following back-to-back quality starts.

Verlander was dominant once again Friday limiting the Rangers to 1 hit over 7 shutout innings, and 8 strikeouts. He continues to pitch at a high level into his 30s as he is putting together another masterful season by racking up strikeouts (68), limiting walks (14) and keeping runners that do happen to reach rom scoring (90% lob rate). Despite a slight drop in fastball velocity to below 95mph Verlander has been keeping hitters guessing by throwing some of his secondary pitches more (changeup up 8%, curveball up 3%). He will take a 6-1 record, 2.51 ERA and 0.82 whip into his next outing.

Mize allowed 2 ER over 5 innings Friday, striking out 4. Mize, who threw a no-hitter 2 weeks ago vs this very same Altoona team seemed mortal Friday as he needed 92 pitches to get through 5 innings- a far cry from the 98-pitch masterpiece. The number 1 overall pick in the 2018 MLB Draft, Mize was basically unhittable at A+ to start the 2019 season allowing just 1 earned run over 26 innings, while striking out 25 - which earned him the promotion and he has been great thus far as the 2 ER runs were the first he has allowed since the promotion to AA. Overall, he has thrown 44 innings in 2019 and has walked as many batters (3) as earned runs he has allowed. Tigers fan and fantasy owners alike have a lot to look forward to with Mize's future - and while he should be owned in all deep dynasty leagues a 2019 callup may not be in the cards as Mize has only 58 innings of professional experience under his belt - but he is rocketing through the minor leagues.