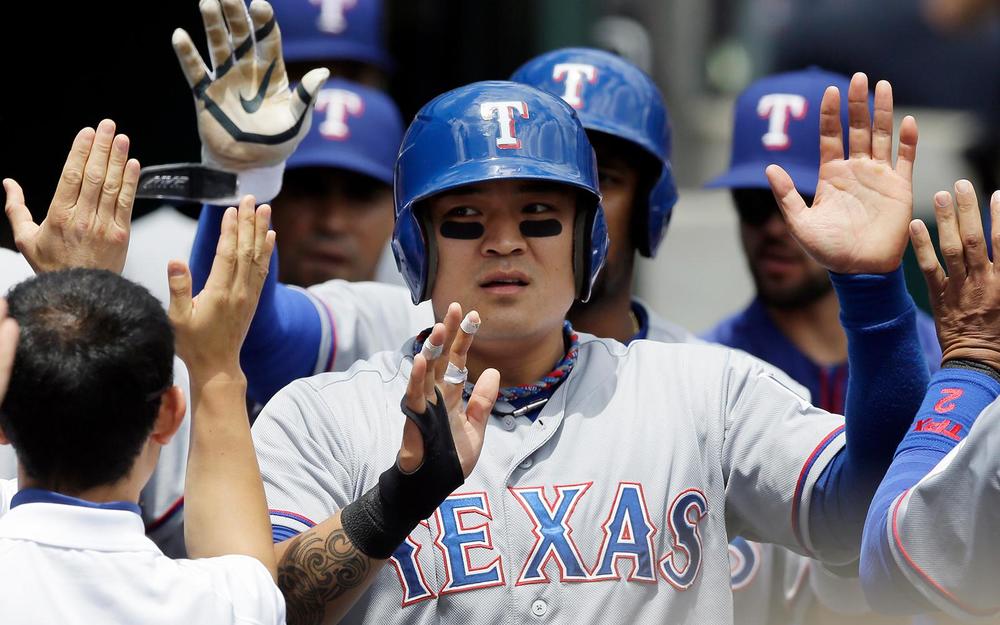 After an excellent April in which he hit .333/.419/.569, Choo has struggled through the start of May, hitting just .189 with one XBH and a 34.1% K% across 10 games this month. His season BA of .295 will likely still come down a bit, as his .378 BABIP is high even for a high BABIPer like Choo (career .338). The good news though is that he's hitting the ball harder than ever before (49.0% Hard%) and this should allow him to continue contributing in the power department. His main fantasy contributions however come from his on-base skills. His BB% (12.4%) and OBP (.391) continue to be excellent and put him in a great position to score a lot of runs. Choo has played in at least 140 games seven times in his career and has scored at least 80 runs in each of those seasons. He's on pace to do the same in 2019 with 24 runs in 37 games. If he stays healthy, he can still provide value in his age-36 season.

The Yankees activated Hicks (back) from the IL on Monday and hopefully his return will be more successful than that of Miguel Andujar. Hicks is coming off a season in which he hit 27 HR's, and collected 90 runs, 79 RBI, and 11 SB's in 137 games. He increased his Hard% last season by 9% and plays half of his games in Yankee Stadium, so there's no reason to think the power is going anywhere. He also has posted walk rates of over 14% in each of the past two season, which means more opportunities for steals and runs. Assuming he's healthy, Hicks should be a valuable fantasy asset once again in 2019. Make sure he's not still hanging around the waiver-wire.

Is it time that we finally recognize Tommy La Stella? La Stella went 3-5 with his 10th HR of the season on Monday, which is remarkable since he had only hit 10 HR's in his entire 5-year career coming into this season! His 43.3% Hard% is light-years ahead of his career mark (30.8%) while his FB% is about 8% higher than his career average. At the same time, his already good contact rate has gotten even better, as his K% is down to an incredible 6.8%. He's hitting .272 for the season, and that's with a BABIP of .212, so with a bit more luck, we could be talking about a .300 hitter. You don't want to go too crazy over a month and a half's worth of games, but all indications are that this is a breakout season for La Stella.

Peacock got the win against the Tigers on Monday, allowing just 1 ER on 3 hits in 5 IP, but he walked 4 while striking out only 3. After an excellent season as a starter (mostly) in 2017 and another great season as a reliever in 2018, Peacock has had mixed results thus far in 2019. He already has 3 outings with 7 K's or more, including a 12-K masterpiece against the Royals his last time out, but he has also recorded 3 K's or less in 4 of his 7 starts. Overall, his 8.65 K/9 and 9.3% SwStr% are well off the pace of his 2017 marks (and for sure his 2018 marks as a RP) and his xFIP is at 4.46. There is still upside here considering how good he's been in recent years and the occasional flashes he's shown this season, but he doesn't seem as reliable as he used to be.

Pena is expected to act as the primary pitcher against the Twins on Tuesday, a role he will be taking on for the 4th time this season. It's fair to say the first three times have been a success with Pena going 2-0 with a 2.20 ERA and a 20:0 K:BB across 16.1 IP. The Twins are not an easy matchup, but Pena still has a good chance at providing value with a relatively cheap price tag. DraftKings Value Play Salary $7,500.