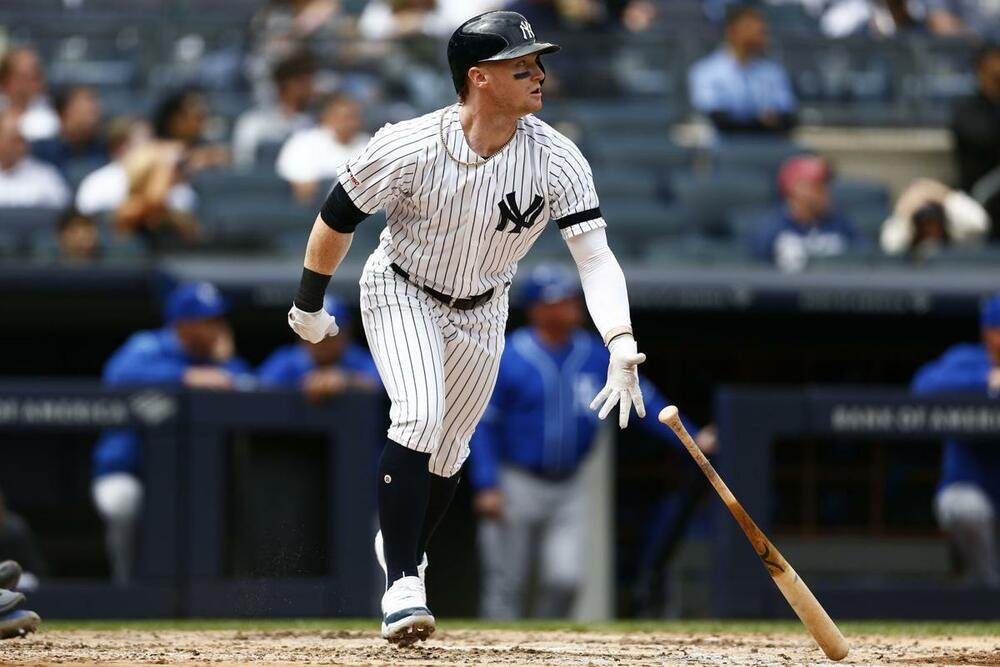 Frazier went 2 for 4 with 2 home runs and 5 RBIs Tuesday. He has fallen into a deep slump in the month of May (.150/.209/.175), 1 extra base and 1 RBI so the big game Tuesday is great to see. He has hit for good power with an ISO over .200 and has driven in 23 runs to go along with the 8 home runs despite a career worst 34% hard hit rate - 8% less than last year. His 26% K rate is not terrible considering he routinely posted a rate higher then this in the minors. The big game Tuesday elevated his season OPS to .818 and its interesting to note that Frazier has hit better as the importance of the situation increases (.215 with the bases empty, .326 with runners on base and .364 with men in scoring position).

Stroman tossed 6 innings of 1 run ball to pick up his 2nd win of the season. Stroman has rebounded nicely from his 5.54 ERA season last year, and this year's numbers (7.9 K/9, 2.9 BB/9) are more in line with his career marks - despite an underwhelming 4-strikeout 6-walk performance Tuesday. He struggled quite a bit in this one throwing just 11 of 27 first pitches for strikes and only generating 9 swinging strikes. In addition, despite allowing an increased hard-hit rate of above 40% he has only given up 3 home runs over 58 innings thanks to his once again Top-5 Groundball rate (56%). Really the only negative is that he has gone 2-6 on the season as he has gotten next to no run support and is dead last among qualified starters with the Blue Jays averaging 1.55 runs per 9 for him prior to Tuesdays win. Provided you don't get penalized in your league for losses there's no reason not to roll him out there every week.

Bassitt struggled Tuesday surrendering 3 runs on 3 hits over 3 and 2/3 IP. He struck out 6 but also walked 6 and allowed 2 more home runs. Bassitt has turned in an interesting season to date through 6 starts as he has a well above league average 29% K rate and a career high 10.47 K/9 and career low 2.48 BB/9. That is however coupled with a HR/9 of 1.38. Entering his Tuesday start he has a perfect 100% lob rate - every run he has allowed has come via the longball; a number that while nice to see early on surely won't be sustainable. He allowed his first non-homer run to be scored in Tuesdays contest. He has also gotten progressively better as the game goes on - as Tuesday also marked the first time he has given up a run past the 3rd inning. While he leaves Tuesdays start with a still crisp 2.48 ERA trouble is on the horizon if we can't get the home runs under control and if the walks persist.

Tellez launched a pair of home runs and drove in 5 runs Tuesday. The homers were his first in almost 3 weeks and despite a .273 average during the month of March he doesn't have much else to show for it - with just a .692 Ops with 3 runs scored and 3 RBIs. His .391 babip that fueled a near 1.000 OPS last season in limited action has regressed as expected to .310 but there is now denying he possesses good raw power numbers. He still strikes out a good bit (29%) and doesn't walk a ton (6%) and with better first base options he can't be advisable to start - except maybe vs as he has a nice .281 avg entering play Tuesday.

Biggio went 0-2 with 2 walks and his 5th stolen base of the season Tuesday for AAA Buffalo. Perhaps an afterthought of the big Toronto three with fathers that were all MLB star, Biggio is currently the only one playing at AAA with Vlad Jr. being promoted and Bo Bichette shelved with an injury. He is making the most of hitting in the cleanup spot - batting .311 with a .954 OPS, 6 home runs, 26 RBIs, 5 stolen bases and a 30:27 BB:K ratio. Biggio put up good numbers at AA hitting .252 with 22 home runs and 20 steals - and despite walking 100 times he also struck out 148 times - so its good to see his BB:K ratio becoming closer. With the Blue Jays youth movement underway look for Biggio to make his MLB debut later this summer.