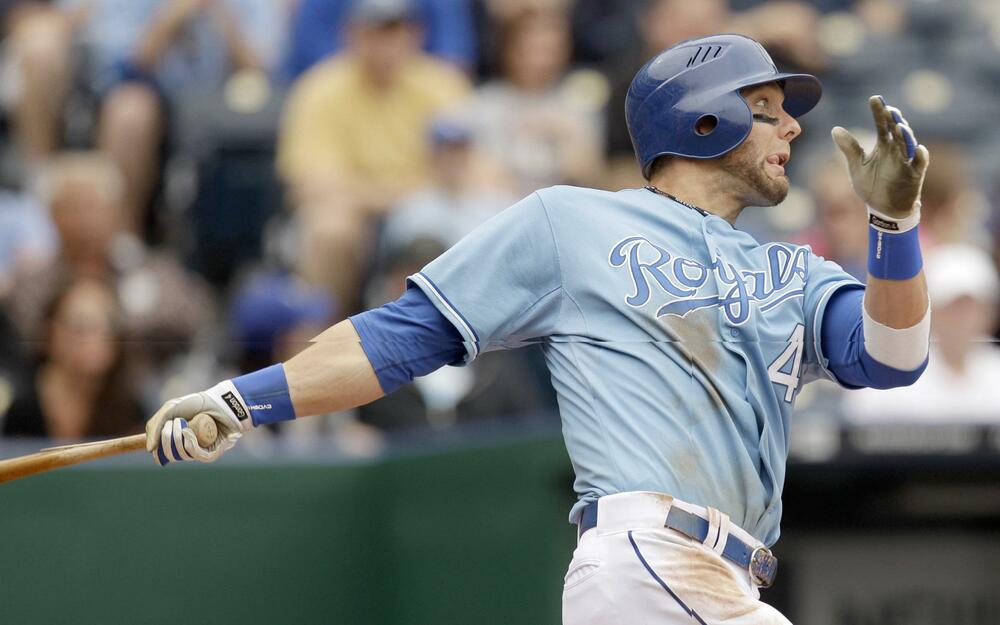 Gordon went 3 for 5, with a home run, on Thursday afternoon against the Red Sox. Gordon now has 10 dingers and his average has climbed up to .285 on the season. The 35-year-old is enjoying a renaissance campaign so far in 2019. Statistically, he has hit significantly better this season than he did the last three seasons, and in some ways he has been better than he's ever been before in his 13-year career. From 2016-2018, Gordon owned a .292 wOBA, 79 wRC+, and averaged 13 homers with 46.3 RBI; in 2019 he has a .365 wOBA, 129 wRC+, and he already has 10 homers with 39 RBI. All of this has been done in 2019 with less than half the amount of plate appearances than he got in any of those three seasons. With a career best 15.4 K%, he has significantly cut down on his strikeouts this season and he has been healthy--he has battled injuries a lot in recent years which may explain some of his struggles--considering these factors, Gordon is making a case to be owned in the bulk of fantasy leagues (88.8% owned in ESPN leagues) for the first time in five or six years.

Chirinos smacked a home run and drew FOUR walks during the Astros extra-inning victory in Seattle Thursday afternoon. Chirinos is owned in just 23.3% of ESPN leagues, yet his 144 wRC+ is the 3rd best amongst MLB catchers (min 150 PA) and his 10 homers are tied for 4th. He is batting just .247, but fantasy owners have been able to live with that because of the power and on-base prowess that he has shown this season. Chirinos' .383 OBP ranks 2nd for catchers (behind only Willson Contreras) and his 15.1 BB% is the best walk rate amongst MLB catchers. Chirinos is Houston's undisputed starting catcher, but he is 35-years-old, so he probably won't get quite as many at-bats as your typical starting catcher would. However, with a number of offensive studs injured, the Astros are going to need his production in the line-up as much as possible. It's a good bet Chirinos won't keep up this pace, but he is certainly one of the top (if not the top) available catchers in your league's free agency.

Barnes notched his 4th save of the season on Thursday afternoon against the Royals, but he gave up a run in the process. He surrendered a pair of one-out hits (single and double) and then shut the door with a couple strikeouts to preserve the win for the Red Sox. Barnes bounced back from what was his worst outing of the season on Sunday, when he gave up three earned runs and made things hairy against the Yankees. With the loss of Craig Kimbrel, Boston has employed a "closer by committee" approach this season. Five Red Sox pitchers have recorded saves so far in 2019, three of which have recorded multiple saves. Barnes is 2nd on the team in saves, and save opportunities, to Ryan Brasier. Barnes has been solid this season (3.28 ERA, 4 SV in 7 OPP), but not fantastic, and it is unlikely he will solidify himself as Boston's legitimate closer in 2019...so his upside this season is severely limited. However, his underlying statistics are very impressive (1.63 xFIP and 16.05 K/9), so he is worth keeping an eye on, especially for 2020.

Happ went 7.0 strong innings and secured his 5th consecutive win yesterday evening. He surrendered just one run, on four hits and no walks, while striking out four. Happ used the struggling Blue Jays offense (29th in wRC+ since May 1st) to get his 6th victory and work his ERA down to 4.48 ERA on the season. Coming off a season in which Happ had 17 wins and posted a reasonable 3.65 ERA, many owners are still holding onto Happ (72.9% of ESPN leagues), despite his struggles. However, even with his recent success, it is probably time to part ways with the aging southpaw. His strikeouts are down (-2.23 K/9 from last season) and he is giving up a ton of home runs (2.05 HR/9). It's also concerning that lefties are actually hitting for a higher average and getting on base with more regularity than righties are against Happ this season. Additionally, he is 36-years-old and there is little evidence suggesting that he will truly be turning things around any time soon.

With so many top end shortstops on the mend, it has been more difficult to find productivity from the position as of late. Andrus ($4,700) is one of the more consistent shortstops playing on a day-to-day basis and the Rangers are slated to face left-hander Brett Anderson at home on Friday night. Not only has Andrus fared well against Anderson in his career (.296/.387/.481 in 31 PA), but he has dealt with left-handed pitching very well this season, particularly at home; he is batting .480 (3rd best in MLB) and owns an OPS of 1.241 at home against LHP. The advanced statistics also display Andrus' success in these situations, as his wRC+ is 210 and his wOBA is .505. Of course this is a small sample size (27 PA), but he is a life time .285 hitter at home against lefties, which is a decent amount higher than his .276 overall career average.