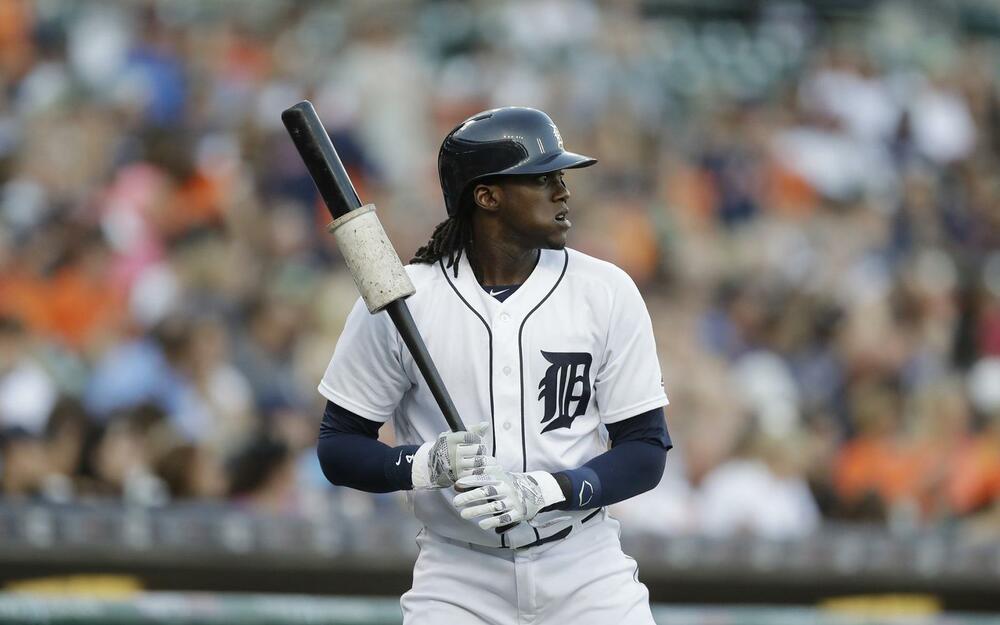 Jimenez hit his seventh home run of the year, a 2-run shot off Brad Keller that ended up serving as the only runs scored in the game. It extended his very modest hitting streak to four games, and since May 30, Jimenez is batting .320 with a 112 wRC+ (his season-long wRC+ is only 82). I know it seems insignificant, but modest gains in a 22-year-old rookie are important. Here's where we need to see the next gain: power on offspeed pitches. Jimenez's homer on Saturday was on a fastball. In fact, five of his seven home runs have come against heaters. All have come against velocity. Likewise, right now pitchers are throwing the young slugger few fastballs, and if he can't make adjustments to the offspeed offerings, his ISO will continue to wallow below .200 (right now it's .174). It would be a grave mistake to give up on a 22 year old because of a half-season of offspeed struggles.

Yarbrough pitched his longest outing of the season on Saturday, quieting the Red Sox for 7.2 innings, allowing one earned run while striking out seven batters. It was his first appearance without allowing a walk since April 12 and his seven K's were a season high. It was only the third time he actually started a game as he often follows Openers, but he lasted at least seven innings in each of his three starts. The young lefty improved his swinging strike rate from last year while reducing his walks, which further increases his ability to go deep into games. He's a pitch-to-contact player and so the strikeouts aren't likely to continue from Saturday's start, but his ability to pick up wins and eat up innings is valuable. With Saturday's strong outing, Yarbrough dropped his ERA from 6.23 to 5.31, although his FIP/xFIP have been much lower despite his outward struggles.

Sampson carried the Rangers to a doubleheader sweep over division rival Oakland with a complete game gem. Texas is actually five games over .500 right now, and a big reason for the Rangers' recent success is Sampson, who has allowed one earned run or less in four of his last five starts. All four of those one-run outings were at home. The one time he allowed more than one run in that stretch was on the road. On Saturday in Arlington, Sampson limited the A's to one run on four hits. He struck out seven batters. Since May 17, Sampson has a 10.0 K/BB rate and dodged a .377 BABIP to the tune of a 3.67 xFIP. He is evolving into a pitcher you can stream, especially at home where his xFIP is nearly 3 runs lower than on the road. Even though Texas is usually a poor park for pitchers, Sampson allows a 40% hard hit rate there while allowing a 55% hard hit rate on the road. Stream him at home.

Giolito's fantastic run continued Saturday as the young righty hurled 7.2 scoreless innings while striking out 11 Royals batters. It was his fourth scoreless outing since returning from the injured list on May 2. His 11 strikeouts were a career high and the sixth time in the last seven games he recorded at least eight K's. Last year Giolito was hurt by a 63.5% strand rate, but there were plenty of more controllable issues that caused his lost 2018 season. This year he has corrected nearly all of his 2018 flaws, increasing his swinging strike rate by five percent, dropping his walk rate four percent and he has only allowed one home run in his last seven starts. Giolito's increased velocity is obviously helping his overall arsenal, but it does wonders for his changeup, which is basically unhittable right now (batters have a .125 average against the pitch). Good health is the big question, but if he keeps running out there, Giolito is a legitimate Cy Young contender.

Jones exploded for two home runs and five RBIs in Detroit's 9-3 drubbing of Minnesota. After his 12-game hitting streak was snapped on Friday, Jones played angry (I have no proof of this), battering the Twins and almost single-handedly willing the Tigers to victory. Since that double digit hitting streak began, Jones has an ISO over .300 and a wRC+ over 200. In fact, his big performance on Saturday lifted his season-long wRC+ over 100. He has eight home runs and six stolen bases in 179 plate appearances. He's probably had some luck to carry him to a .250 batting average as his plate discipline is quite poor, but the contribution in crucial fantasy stats cannot be overlooked.