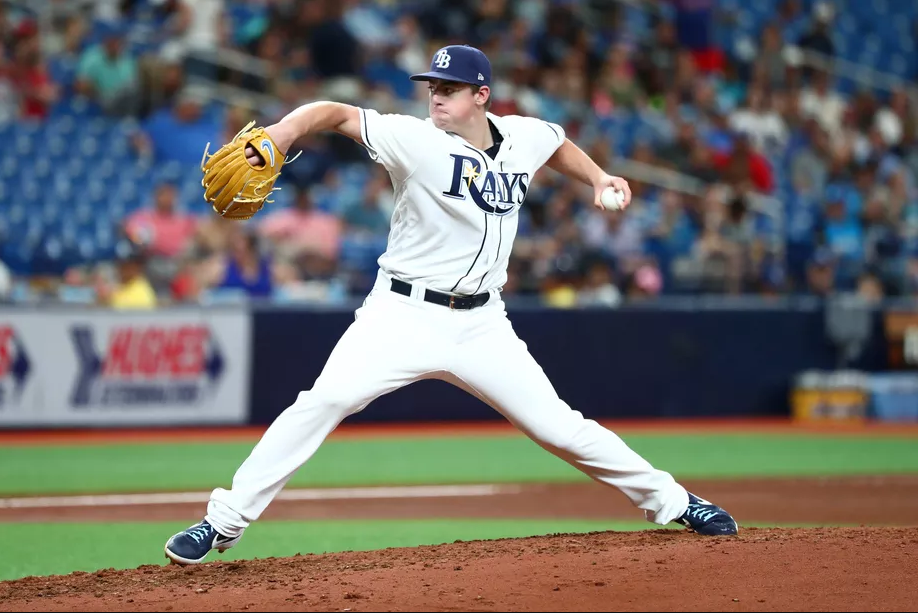 Byron Buxton took batting practice on Friday prior to the Twins game and was activated from the IL on Saturday. He felt well enough on Friday after hitting that the team activated him with no rehab assignment required..... Marwin Gonzalez was also activated from the IL for the Twins on Saturday. He missed the minimum ten days with his hamstring injury.... Kevin Kiermaier is dealing with a minor calf injury that has kept him out of the starting lineup, but he was available off the bench Friday and returned to the lineup on Saturday.... Kyle Seager was scratched from the lineup on Friday with a sore wrist but returned to the lineup on Sunday. He had missed three games this week,... Yoan Moncada returned to the lineup on Saturday. He had been out since mid-week with a sore knee after fouling a ball off of it, but it's nothing major.... Aldabeto Mondesi is going to begin his rehab assignment on Saturday. He's rehabbing a groin injury, so he's going to initially start at DH before being worked into the lineup at shortstop. He's hopefully going to return to the Royals next week.... Yordan Alvarez has been dealing with a sore knee that has kept him out of the lineup through Saturday. AJ Hinch said that he won't put Alvarez back in until he's 100%, so maybe he'll be back in there in a day or two.... Jose Ramirez was placed on the paternity leave list on Friday. He'll be gone from the day for at most 3 days, so at worst he's back in the lineup on Monday.... Justin Smoak was activated from the IL on Friday and immediately went back into the lineup, hitting sixth.... Eddie Rosario was placed on the IL with a sprained ankle that is retroactive to Wednesday the 27th. The Twins are down two of their three starting outfielders.... Hunter Pence ran the bases on Friday for the first time since he was placed on the IL. He's getting closer to a return and it's still up in the air if he's going to need to go on a rehab assignment or not.... Yonder Alonso was designated for assignment on Friday. Alonso had hit .178 in 67 games for the White Sox... Tim Anderson was placed on the IL on Friday with a high ankle sprain that will likely cost him around a month. Luery Garcia is going to play shortstop in his absence and a combination of Ryan Cordell and Charlie Tilson is going to cover center.... Andrew Benintendi sat for a couple of days with heavy legs, but he returned to the lineup for the Red Sox on Saturday.... Andrelton Simmons was activated from the IL on Thursday. He missed around five weeks while rehabbing his sprained ankle.... Joey Gallo is back and mashing with the Rangers, evidenced by his two homers on Thursday. He's enjoyed an incredible breakout season.... Willians Astudillo was placed on the IL with an oblique strain. LaMonte Wade was recalled from AAA to take Astudillo's place on the roster.... Giancarlo Stanton was back with the Yankees for what felt like minutes before going back on the IL with a PCL sprain. Brian Cashman said on Thursday that he doesn't believe that Stanton will return in July. What a disaster of a season it's been for the Yankees outfielder. Mike Tauchman was recalled from AAA to fill Stanton's spot on the roster... Max Kepler missed a few games with a bruised elbow after being hit by a pitch, but returned to his leadoff role on Thursday....Yandi Diaz was activated off the 10-Day IL on Thursday. He missed only the minimum 10 days and went right back into the cleanup spot for Tampa.... Mitch Haniger was hopeful to be able to take batting practice this weekend. He's been on the IL since suffered a ruptured testicle and initially pushed too hard to come back right away, according to Haniger/ The Mariners said Saturday that he's not expected back until after the All-Star Break.... Xander Bogaerts left Saturday's game with a calf injury, but the team says that it's mostly precautionary and he should be okay.... Luke Voit left early on Saturday with lower abdominal tightness, and he is hoping to avoid a trip to the IL. The Yankees were just starting to get healthy and now it seems like the next wave of injuries is on their way.

Brendan McKay made his major league debut for the Rays on Saturday. He's going to reportedly make one more start before the All-Star Break and he's also going to reportedly get a few at-bats over the next two weeks, though we don't know exactly how that's going to work quite yet.... John Means was activated from the IL on Friday and allowed one hit over five innings in his return to the rotation.... Mike Clevinger was activated from the IL on Friday and struggled in his return, allowing seven runs over 1.2 innings. His velocity in the outing was fine in the outing so he'll just need to get his command back before returning to his ace-level self.... Gregory Soto is getting called up by the Tigers to start on Sunday.... Daniel Norris left his start on Friday with an injured finger.... Felix Hernandez played catch on Friday. This is the first time that he's thrown since being pulled off of his rehab assignment.... Corey Kluber was cleared to play catch on Thursday. This is Kluber's first step in returning to the Indians, but he's still a long ways away.... Brad Peacock was placed on the 10-day IL with right shoulder discomfort. Peacock said he's been pitching through this issue for a while and it finally came to roost with an awful outing last time out, allowing six runs over three innings and allowing three homers.... Domingo German is looking to rejoin the Yankees next week. He's missed most of this month with a hip flexor strain. His velocity was down a bit in his last AAA rehab start, so that's something definitely to monitor.... Spencer Turnbill lasted only two innings on Thursday after having a huge drop in his velocity. He underwent an MRI afterward though and everything came back clean so he's being described as just having shoulder fatigue.... Kyle Gibson will have his start pushed back until Wednesday this week. Gibson was forced to throw an inning in the Twins 18 innings marathon game so the Twins want to keep him on regular rest rather..... Luis Severino is still not able to throw off the mound as he's continuing to have tightness in his lat. He recently had an MRI where it showed his lat is 90% healed, but now the team will shut him down until the lat is 100% healed. This is going to be a while before we see him return.... Marcus Stroman was forced to leave Saturday's start with left pectoral cramp. It sounds like he avoided anything major, which is good for both fantasy rosters and This injury not only potentially impacts fantasy teams, but also the Blue Jays as Stroman was a likely candidate to get dealt at the trade deadline.

Hector Velazquez was activated from the IL on Saturday.... Keynan Middleton threw a bullpen session on Friday after initially being scheduled to throw to live hitters. Brad Ausmus said that the change in throwing was simply just a change in plans.... Jose Alvarado is back with the team after being on the restricted list. The save opportunities are much more available for the Rays with Diego Castillo on the IL, but as a lefty Alvarado could definitely still be used in high leverage situations. He pitched the ninth inning on Saturday in a non-save situation... The Tigers signed Trevor Rosenthal to a minor league deal.... Blake Treinen threw 20 pitches off of the flat ground on Thursday. He's hoping to be able to throw a bullpen session on Saturday. Liam Hendriks will continue to hold down the closing role for the A's until Treinen comes back. Treinen is expected to return to the A's on Wednesday, but his shaky season so far could keep Hendriks in the role.

Brendan McKay, Tampa Bay Rays - Brendan McKay made his major league debut on Saturday and it went bout as well as it possibly could, he was perfect through the first 5.1 innings before allowing a hit and walk in his final inning of work. He finished the outing with six shutout innings with just those two baserunners. The one knock you can throw on him in this start was that he recorded just three strikeouts and had 11 swinging strikes, but he has a long history in the minors of being able to generate a lot of whiffs so I'm not too worried there. He's going to get one more start before the All-Star Break and then we should hear more about what the Rays have in store for him for the second half.

Liam Hendriks, Oakland A's - With Treinen on the IL (comes back Wednesday), Hendriks has taken over the closing role in Oakland and has notched two saves this week. Hendriks has a 10.5 K/9 (30%) this year with a 13.5% swinging strike rate to go with it. His 3.45 BB/9 looks a little rough, but percentage wise it translates to a sub-10% rate with is perfectly manageable. He'll battle Carlos Martinez on the NL side for the most popular reliever add of the weekend.

Lourdes Gurriel Jr, Toronto Blue Jays - Lordes Guriell Jr is having a breakout season for Toronto as he's up to 14 homers with a .310/.357/.643 triple slash at the plate. Almost all of the damage he's done though has come in June as he has 10 homers and 20 RBI in 25 games. Guriell has a four-degree change in his launch angle this year but more importantly, he has a 13% barrel rate for the season with is almost double the barrel percentage from last season. Another way to put it, he's registered 16 barrels in 121 batted balls this year opposed to 15 barrels on 193 batted balls last season.