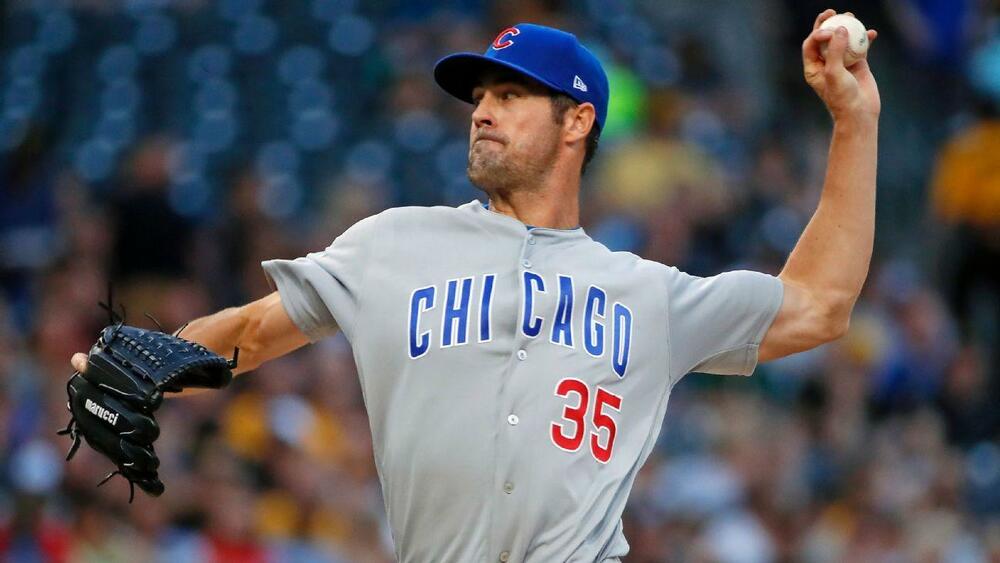 Brian McCann- C- ATL- Idea- McCann didn't start last night's game so that means it's highly likely he will be in this afternoon's lineup. That gives him a good matchup with his .302/.353/.500 slash line against RH pitchers in his favor against Joe Musgrove's .282/.320/.493 slash line against LH hitting. Value Play- Draft Kings salary $3600

Chris Paddack- P- SD- Rookie- In his first 7 starts, Paddack had not given up more than 3 runs in an outing and only did that once. In his last 5 starts he only gave up fewer than 3 runs once. The Padres have optioned Paddack to Class A Lake Elsinore, where he will probably not have a lot of work. San Diego has planned to limit Paddack's workload this season, as he has never thrown more than 90 IP in a season. It's probably a good time to give Paddack a break. His entry into the majors at the start of this season was ahead of schedule so some growing pains would not be unexpected. In those first 7 starts Paddack only allowed 2 homers in 40.2 IP and has an xFIP of 3.50. In those last 5 outings he yielded 8 homers in 25 IP and had an xFIP of 4.10. Paddack still has a bright future and is likely to contribute again this season, but not necessarily at the level of those first 7 starts and 1.55 ERA.

Cole Hamels- P- CHC- Hot- Hamels turned in his 3rd straight quality start by allowing 6 hits across 7 shutout IP in which he walked 1 and struck out 9. He has given up 3 or fewer earned runs in 12 of his 14 starts in 2019. Hamels has been efficient, throwing no more than 99 pitches and at least 7 IP in his last 3 starts. He has an ERA of 2.98, FIP of 3.43, and xFIP of 3.88, so may be getting a little lucky but the underlying performance is solid.

Freddy Peralta- P- MIL- Drop Value- With Jhoulys Chacin coming off the IL Monday the odds are that Peralta, who had been holding that spot the last couple of times through the rotation, will head back to the bullpen. He has had some good starts, but far more bad ones this season. As a starter he's got a 7.07 ERA, 4.94 FIP, and .301/.355/.551 slash line. It's not like he has started strong and then weakened as the games went on. Opponents have touched Peralta for an 11.85 ERA the first time through the order in his starts. Out of the bullpen, Peralta has posted an ERA of 2.19. Some time as a reliever may help him work on consistency, but it won't help his fantasy value.