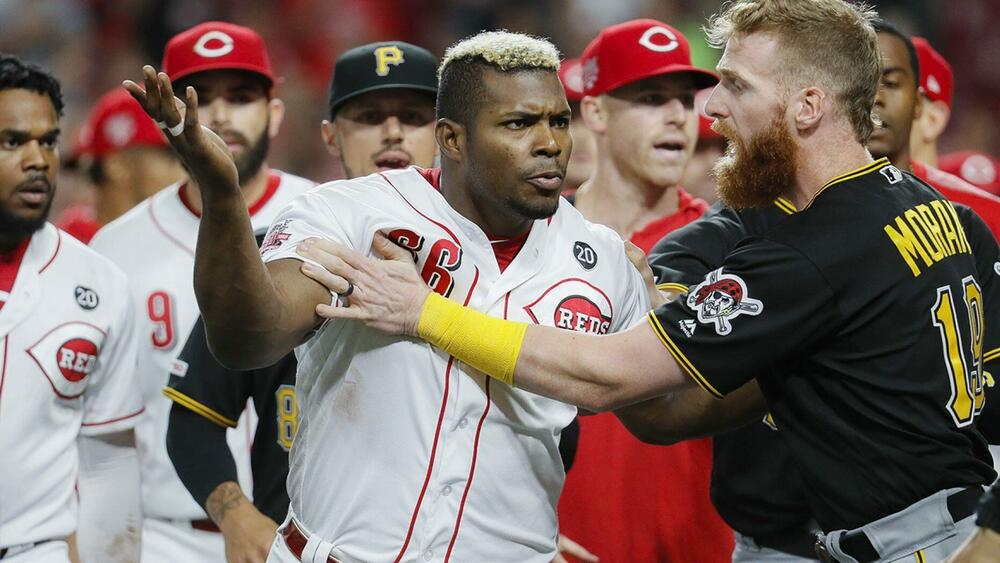 So the Cincinnati vs Pittsburgh game had a little going on in it. First of all the Reds, Indians, and Padres agreed to a mega-deal that is going to send Trevor Bauer to Cincinnati. Franmil Reyes and Yasiel Puig are the main headliners heading to Cleveland along with Logan Allen and lastly prospect Taylor Trammell is headed from Cincy to the Padres. This was just the beginning though as typically word gets to the team and the players get pulled from games to avoid injured, that didn't happen. And then there was a fight and Puig was actively involved in it, not nearly to the extent reliever Amir Garrett was but involved nonetheless. Garrett most certainly is going to be suspended and Puig could be too, one he might end up serving with his new team. The easy immediate player that will gain playing time from this is that Hunter Renfroe should get plenty of playing time.

Julio Urias, Los Angeles Dodgers - Julio Urias had a spot start for the Dodgers after Ross Stripling is dealing with some neck issue. Overall it was an underwhelming outing at Coors lasting just 2.2 innings while allowing seven baserunners and two earned runs in the outing. Urias did strike out three batters in his outing, but that will barely help the damage that he did to your teams' WHIP if you did start him in any leagues. Stripling also won't be ready for his Sunday start so there's a chance that Urias will get another start later this week at home against the Padres.

Julio Teheran, Atlanta Braves - Julio Teheran turned in a great start against the Nationals with 6.2 innings and six strikeouts while allowing just two runs. Teheran is in the middle of another hot streak like he was a few weeks ago, but this time he's showing some skills that would make him fantasy viable. He's striking out almost a batter per inning and his walks have dropped dramatically which gives him a 3.27 FIP over July when that number was in the 5.00-6.00 range early in the season in his hot run

Corey Dickerson, Pittsburgh Pirates - Corey Dickerson went 3-for-4 on Tuesday with a pair of home runs. Dickerson has had a strong month of July, posting a 103 wRC+ entering Tuesday with eight doubles, six of those coming in the last two weeks. With his shoulder injury, we might finally see him getting fully healthy as the power is starting to come back for the outfielder. He's been rumored around in some deadline speculation and could be on the move at some point on Wednesday.

Edwin Diaz, New York Mets - Edwin Diaz blew his fifth save of the season after allowing a single run in his one inning. The innings was the epitome of Diaz's season as he walked two batters and struck out two batters. It sounds like Diaz is going to be moved on Wednesday with so many teams looking for relief help so his role could be up in the air depending on what team he lands on. His main issues this season have come via a .394 BABIP and a 1.76 HR/FB, but he's still striking out a ton of batters while a poor, but not awful 3.29 BB/9.