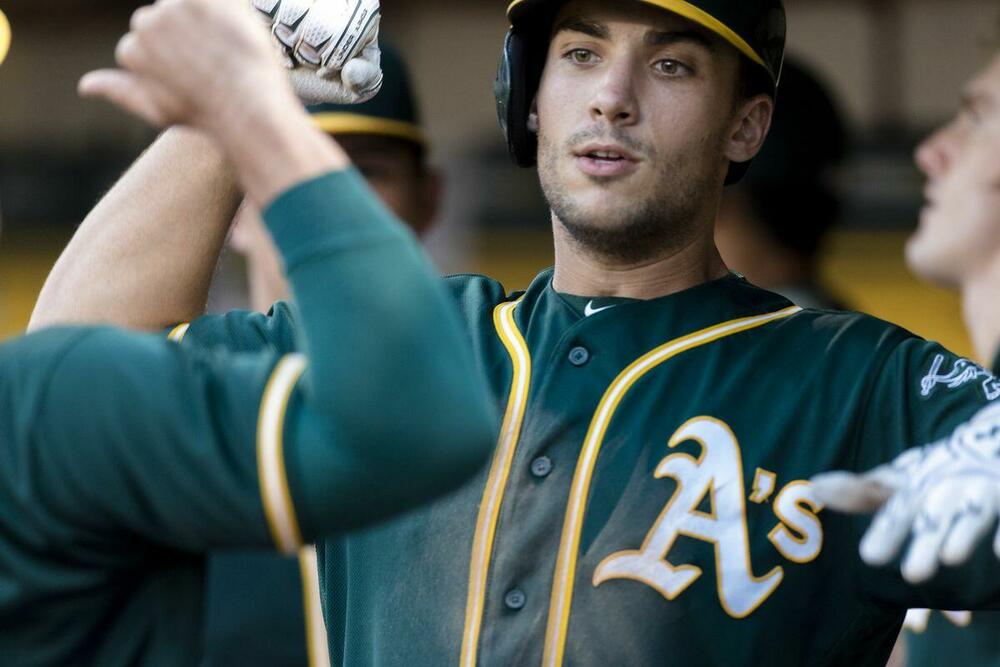 Matt Olson (1B-OAK) went 3-4 with a 2-run homer and a pair of walks against the Yankees on Saturday. The 25 year-old slugger missed most of the early portion of the 2019 campaign after suffering a broken hamate in the season-opening series with Seattle, but he returned in early May and has shown no signs of the injury - which usually saps a hitter's power - slowing him down. He's been more or less his usual self, as he now owns a 9% walk rate and 25% strikeout rate to go with a career-best 51% hard-hit rate (previous best was 47% last season). Overall, Olson now boasts a .269 average (the best of his young career) and has hit 27 dingers (just 2 off his career best) while driving in 66 runs. He should continue to contribute down the stretch and could come at a slight discount in 2020 drafts because missing over a month of action suppressed his counting stats a bit.

Matt Magill (RP-SEA) might not be a household name or play for a team that's going to win a lot of games, but he might be able to help fantasy owners in need of saves down the stretch. The 29 year-old has now notched saves in 4 out of his last 6 appearances out of the Seattle bullpen and does possess a 96mph heater that he uses 50% of the time to go along with an 88mph slider and 86mph curve that make up a nearly 50/50 split of the balance of his pitches thrown. Magill's 4.12 ERA (4.03 xFIP) and 3.7 BB/9 might not inspire much confidence, but his 11.3 K/9 highlights his strikeout ability (as does his 13.8% swinging-strike rate). And he put together a strong August, with a 2.45 ERA (2.94 xFIP), 11.5 K/9, and 0.8 BB/9 in 11 innings of work highlighting why he's seeing save opportunities. And sure, the Mariners might not win a ton of games, but the games they do win will likely tend to be close. Enter: Matt Magill, who's waiting for the add in over 94% of ESPN leagues.

Sean Manaea (SP-OAK) will be activated from the IL to start against the Yankees in New York on Sunday. The 27 year-old southpaw has spent the entire season recovering from a shoulder injury and has performed very well in his rehab starts at the Triple-A level. In 28 innings of work, he's logged a 3.21 ERA, 13.8 K/9, and 1.9 BB/9, with a 2.98 xFIP backing up that ERA. He's never been a strikeout machine in the majors, with a 7.9 K/9 in 2017 representing his career best, but it's worth noting that he did regularly post K/9 rates north of 10 in the minors. So, there's the potential that he could in the majors as well. For 2019, he might be able to help fantasy owners down the stretch given how few innings he's pitched this season and how well he did in Triple-A. I'd consider making the add now, keeping him on the bench for a difficult first matchup on Sunday, and going from there. He's waiting on the waiver wire in over 91% of ESPN leagues.

Mike Montgomery (SP-KC) lines up for a start against the woeful Tigers at home on Tuesday. At this point, I am certainly considering anyone facing the Tigers, who have scored more than 4 runs in a ballgame only 8 times since August 1st. Montgomery's 4.66 ERA (4.35 xFIP), 7.2 K/9, and 3.2 BB/9 might not be sexy, but he enjoyed a strong August in which he recorded a 2.45 ERA (3.76 xFIP), 9.5 K/9, and 2.8 BB/9 in 29.1 innings of work. After working as a reliever for the Cubs, he's transitioned nicely back to a starting role in Kansas City and fantasy owners should be ready to stream him against Detroit this coming week. He's currently available in 94% of ESPN leagues.