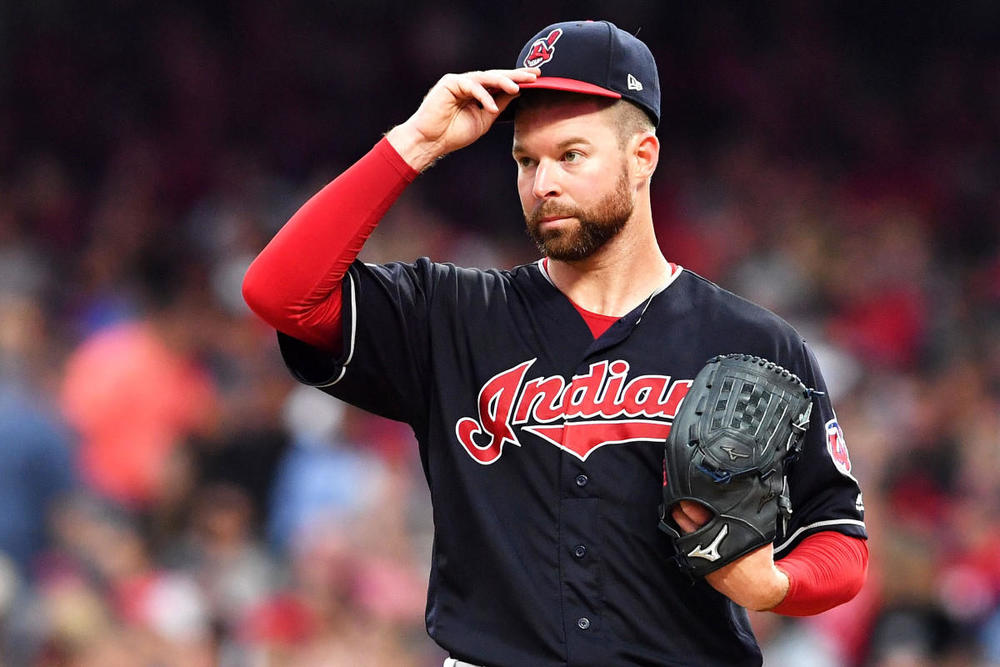 Ryan Borucki is going to meet with Dr. James Andrews at some point over the next few days as he's been dealing with a bone spur for the bulk of the season.... Aaron Civale is going to start for the Indians on Monday. He's making his second start for the Indians this year, the first was back in June and he threw six shutout innings.... David Price was placed on the paternity list on Friday but is still expected to make his scheduled start on Sunday against the Yankees. Interestingly enough, the Yankees Sunday starter JA Happ also went on paternity leave Friday but is also expected to make the start on Sunday.... Luis Severino is going to throw a bullpen session next Friday in Toronto. It's unsure what role he might come back to serve with the Yankees, but he's at least making progress towards getting back in the mix of things this season.... Danny Salazar was placed on the 10-day IL with a right groin strain in his first action back from being injured for the entire season. He's going to undergo a MRI to determine the severity of the injury. His return to the majors saw him as a shell of his former self with his fastball topping out in the high-80's.... Tanner Roark has slotted into the A's rotation after being traded from the Reds and Daniel Medgen has been removed from the rotation and optioned to AAA to clear space.... Kolby Allard is expected to get a shot in the Rangers rotation soon. The former first round pick has lost some of his prospect luster since being draft (and other Braves' arms have leapfrogged him) but he's still just 21 years old and is having a slight bounceback season in AAA. His ERA still is in the mid-4.00's, but his velocity is back up around 93-94 MPH instead of the 90-91 range he showed in his time in the majors with Atlanta.... Trent Thornton returned from the IL on Thursday and allowed just one run over six innings against the Orioles... Brendan McKay struck out seven Red Sox batters on Thursday to pick up his second win of the season. He deserves to be owned for his starts as he has a 4.38 ERA, but five of the eleven runs he's allowed came in on 3.1 inning start.... Asher Wojciechowski was crushed by the Orioles on Thursday and he revealed that he was dealing with a sore hip in the outing, which could have been the cause of the issues.... Jose Urquidy was optioned to AAA on Wednesday to make room for the newly acquired Aaron Sanchez, who will take his spot in the rotation.... Jesus Luzardo felt good in his simulated game this week and now the plan for the lefty is to get him some work in the AZL next week. There's going to be a lot of caution exercise a lot of caution with him, but he's a must own prospect if he ends up making it to the major league level this year... John Means is expected to be back with the orioles next week after missing the minimum 10 days with shoulder inflammation.... Felix Hernandez threw 20 pitches in a rehab assignment with Class-A Everett on Friday. He recorded every batter he faced and threw 13 of the 20 pitches for strikes. Hernandez isn't fantasy relevant anymore, but you can still cheer for him to work his way back to the majors.... Sean Manaea is expected to make one more start before rejoining the A's for the stretch run. He threw six innings his last time out and needed just 70 pitches to get through them.... Corey Kluber is set to start a rehab assignment on Thursday. He's scheduled for a simulated game on Sunday so as long as everything goes well there he'll officially be on the clock to return to the Indians.... Tyler Glasnow is scheduled to begin throwing again on Monday. Any more setbacks from him and there's a good chance we don't see him for the rest of the season... Felix Pena sprained his knee in Friday's start and is going to undergo a MRI to determine the severity of the injury....

Emmanuel Chase has been promoted from AA to the Rangers. He's had an outstanding season across two level with a 2.82 ERA and just nine walks over 44.2 innings.... Kelvin Herrera is going to begin a rehab assignment in AAA this weekend. He's working his way back from a strained oblique..... Sergio Romo picked up his 18th save of the year on Friday and it was his first save since being dealt to the Twins at the trade deadline.... Heath Hembree was placed on the IL with a right elbow strain and after seeing a dip in his velocity since returning from his previous elbow injury. Ryan Braiser will take his spot in the bullpen.... Jose Leclerc is back in the closer's spot for the Rangers after some moves at the deadline, and he converted a save on Friday but allowed two runs in the outing. He's struggled as a whole this season but has shown stints of dominance and is worth an add in leagues... Brad Peacock is going to begin a rehab assignment in AAA this weekend. It's expected that he'll return to the bullpen when he comes back after the acquisitions of Zack Greinke and Aaron Sanchez.... Ken Giles has been dealing with an elbow injury (likely reason he wasn't traded) but Charlie Montoya is expecting to have his closer back in the bullpen on either Sunday or Monday.... Jose De Leon was called up to the majors this week, but was sent to AAA on Thursday without making an appearance. De Leon has rehabbed his way back after Tommy John Surgery and should be in the mix in Tampa Bay at some point... Joe Jimenez is the likely ninth inning man for the Tigers after the trade of Shane Greene..... Cody Allen was released by the Twins and should find a home in another bullpen.

Joe Jimenez, Detroit Tigers - Jimenez is slated to be the closer for the Tigers the rest of the way and has a chance to put up some solid save numbers over the second half. Jimenez has an elite 32% strikeouts rate though his walk rate (9.4%) and his HR/9 (1.93) definitely need some work, especially in the ninth inning where those type of things are magnified. Don't let the fact that the Tiger are awful scare you either, most of their wins are close and Shane Greene was able to rack up 22 saves before his trade to the Braves.

Bo Bichette, Toronto Blue Jays - Bichette might have already gone in last week's free agency frenzy, but in case waivers processed before the news was made: pick him up. Bichette is off to an absolute tear to start his major league career and he's slashing .423/.483/.692 and five of his first 11 hits have gone for extra bases. We likely would have seen Bichette in the majors far earlier than this point in the year if not for a broken hand, but he's shown no side effects upon his return to action and smashed his way to the majors. Bichette could finish the season as a top 10 shortstop from hear on out as he brings power and speed to go with a high average.

Aaron Sanchez, Houston Astros - Should you roster a player in two simple questions: 1. Does he have at least one elite pitch? 2. Does that player with the elite pitch also throw with the Astros? If the answer is yes to both, you pick them up. Sanchez was one of my favorite moves at the deadline as he brings his elite spin rate curveball to Houston, a team that has thrived over the last few years with that setup. The results? Six no-hit innings and six strikeouts and he allowed just three batters to reach base via two walks and a HBP. Sanchez threw his curveball at a 30% rate for the game, his fastball at a 30% rate, and both his changeup and two seamer/sinker 20% of the time each. His CSW (called strikes+whiffs) was at 35% for the outing, above the typical elite threshold of 30%. The blister issues stick have to stick in the back of your mind, but this was the best possible landing spot for him and the Astros could have the key to unlock his immense talent.

Jose Leclerc, Texas Rangers - I feel like I've mentioned Leclerc as a player to add a few times, but never has he had the opportunity in his lap like he does now to take over the closer role. Chris Martin was dealt to the Braves at the deadline and Shawn Kelley has been battling some injuries lately. Leclerc has stick been posting his elite strikeout numbers and his walk rate is one percent higher than last season but his HR/9 has jumped to 0.92 this season after a ridiculous .16 total last season. There's still so much to like in his profile, it makes him worth an add now that he should have the 9th inning down.