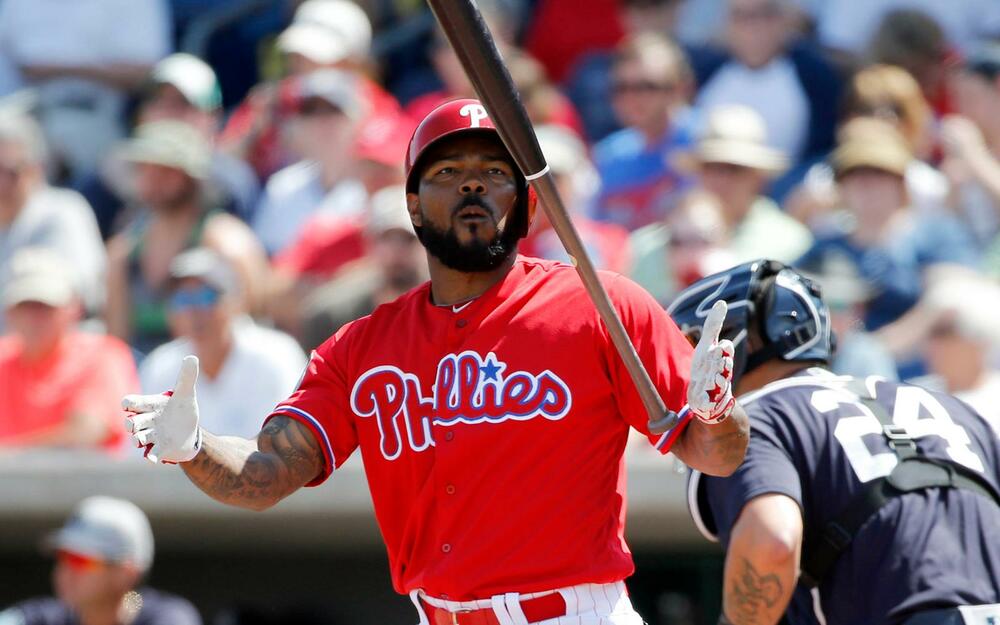 Kendrick went 3 for 5 and hit his 14th homer of the season on Thursday night. The three hits brought his average up to a stellar .323 on the season and the 14 homers is already Kendrick's second best mark in his career. The 36-year-old has altered his swing over the past few seasons--like so many others--to get more power. He is certainly succeeding with that this season as he boasts a career high .233 ISO (previous high .179) and .558 SLG (previous high .474). What's more impressive is that he has been able to improve so much in the power department and still continue to hit for a high average as well. His career best 7.7 SwStr% and 32.3 Hard%-Soft% delta have allowed for that to be the case. Kendrick is owned in just 18.4% of ESPN leagues because it's hard for him to get consistent playing time in a thick National lineup. However, he plays multiple positions, and it will be hard for Dave Martinez to sit him out as the National's vie for a playoff berth down the stretch.

Soroka went 7.0 innings, giving up two runs and five hits, against the Marlins Thursday night. The Braves rookie has been phenomenal this season, though he wasn't able to improve upon his impressive 10-2 record in this one. Soroka's 3.4 WAR leads all rookie pitchers by 1.3 in 2019. His 3.85 xFIP is much higher than his 2.41 ERA, but that shouldn't warrant too much concern. Soroka isn't a big strikeout guy (7.12 K/9), but he doesn't walk many (2.10 BB/9), and he has been fantastic at keeping the ball inside of the park (.51 HR/9). Some degree of a drop off is certainly expected, and if that is something that worries you he might be a good trade-high candidate.

Samardzija gave up just one run in 7.0 innings of work on Thursday afternoon in Chicago. He surrendered just two hits and one walk, but found himself on the losing side of the decision. Samardzija has been pitching very well as of late. He has a splendid 1.00 ERA over his last six starts, which spans 36.1 innings. Despite his fastball velocity being down 2.8 MPH from a season ago, Samardzija is posting, what would be, his lowest ERA (3.44) of his career as a starting pitcher. However, don't let that fool you, Samardzija really isn't pitching better than he has the past few seasons. His change to using a cut fastball more, rather than a sinker, not only has hitters getting the ball in the air more often, but it also has them hitting the ball harder...which isn't really a recipe for success, especially in 2019. Samardzija's career fly ball rate is 36.0%, but that percentage is up to 41.2% this season; and his career Hard% is 29.1%, but that number is up to 41.8% this season. Samardzija really has just been fortunate this season and his 4.81 xFIP, which is almost a whole point higher than his career xFIP (3.94), exemplifies that the best.

Fowler hit a go-ahead home run in the bottom of the 7th inning against the Rockies on Thursday evening. He finished the night just 1 for 4, but the late homer ended up being the difference in the game for the Cardinals. Fowler's recent hot streak has him hitting leadoff in front of the likes of Paul Goldschmidt and Marcell Ozuna...which is a productive place to be. Fowler is hitting .333 with two homers, and 12 RBI, over his past six starts. He is still just hitting .251 on the season, but he is toting his best Hard%-Soft% delta (28.4%) of his career this season and should be getting the nod as the Cardinals leadoff man down the stretch. He is owned in just 3.0% of ESPN leagues right now You might not want to pull the string on him just yet, but he is the kind of hitter that can pile up the stats when he gets hot.

Syndergaard threw 6.0 shutout innings against the Indians on Thursday night. He threw just 73 pitches and would have continued had the game not gone into a 2+ hour rain delay in the 6th inning. As it is, Thor yielded two hits, zero walks, struck on five, and was awarded his 9th victory of the season. He has really hit his stride recently (1.00 ERA last five starts) and it has his ERA/xFIP at a solid, though unspectacular, 3.71/3.98 for the season. It is also worth noting that Syndergaard's last rough outing (July 24th) was mainly caused by him walking five batters, and since then he has only walked five batters total in his five starts.