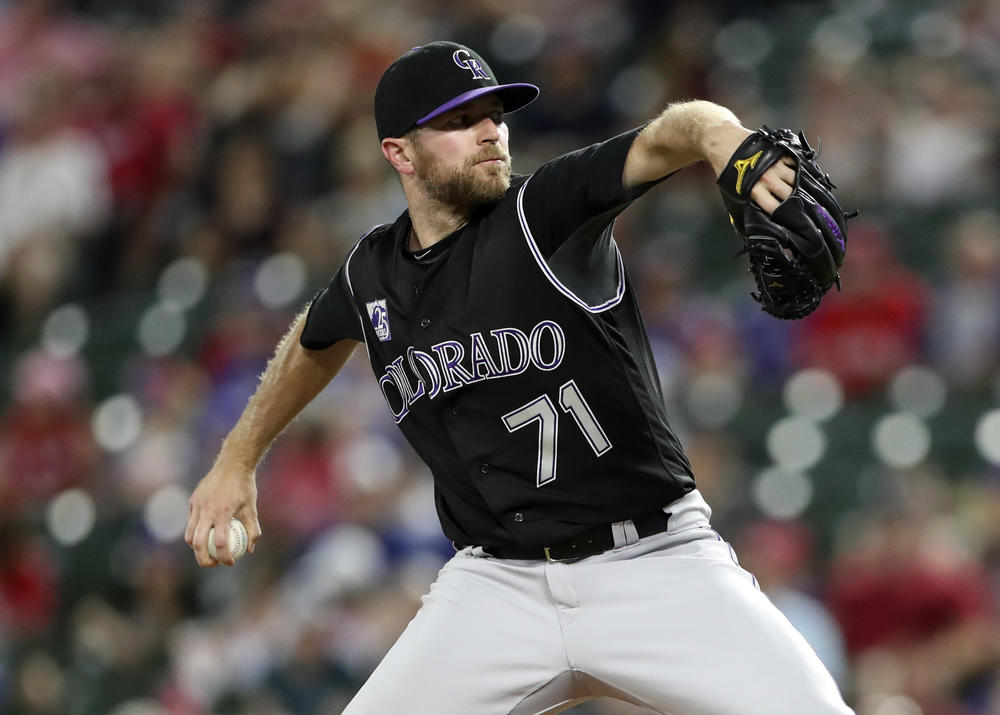 Craig Kimbrel- RP- CHC- Cold- Kimbrel was activated from the IL yesterday and entered in the 9th inning in a non-save situation. He only retired 2 batters and was charged with a run on a solo homer to Starling Marte, the first batter he faced. Kimbrel then hit Cole Tucker, the next batter he faced. The 2 outs came via strikeout, so that is at least some silver lining. Kimbrel has not performed the way they hoped when they signed him in June. He posted a 2.45 ERA When tuning up at AAA Iowa, but his FIP was 5.99. Since joining the Cubs his ERA is 6.08 and FIP is 7.49. With 7 saves and 2 blown he is not automatic as a closer. The Cubs can't be counting on him there at this point.

Wade Davis- RP- COL- Drop Value- With his successor Scot Oberg likely done for the year, Davis had an opportunity to try and reclaim the closer role. He came into the game in the top of the 9th with a 4-2 lead and promptly gave up a walk, double, and single to the first 3 batters he faced. Those were the only batters Davis faced and he was charged with runs for all of them. The odds of Davis getting another chance to close are low. His ERA stands at 6.81.

Luis Urias- 2B- SD- Hot- Regular playing time and some regression to the mean seem to be helping Urias. In 69 PAs before this month he was hitting .091 with a .103 BABIP. Since the calendar flipped to August, Urias has gone 14-for-43 and had a BABIP of .414 before yesterday's 2-for-4 performance. The power he showed at AAA El Paso hasn't showed up but Urias' bat has started living up to his potential. Now that he has taken over at SS for the injured Fernando Tatis, Jr. he should be seeing full time action for the rest of this season.

Aristedes Aquino- OF- CIN- Stats- Aristides Aquino has not only been a power machine but he has also started being selective. Over the course of his last 6 games he has struck out in only one game (twice in that contest) and has drawn 3 walks. Aquino has been mashing the ball so much that his .250 BABIP hasn't had a drag on his average, which stands at .333. When his home run rate goes down regression to the mean could kick in to lessen the blow to Aquino's average. He did have a .299 average at AAA Louisville when he was called up. It's obviously still a small sample size, but Aquino's underlying numbers are positive.