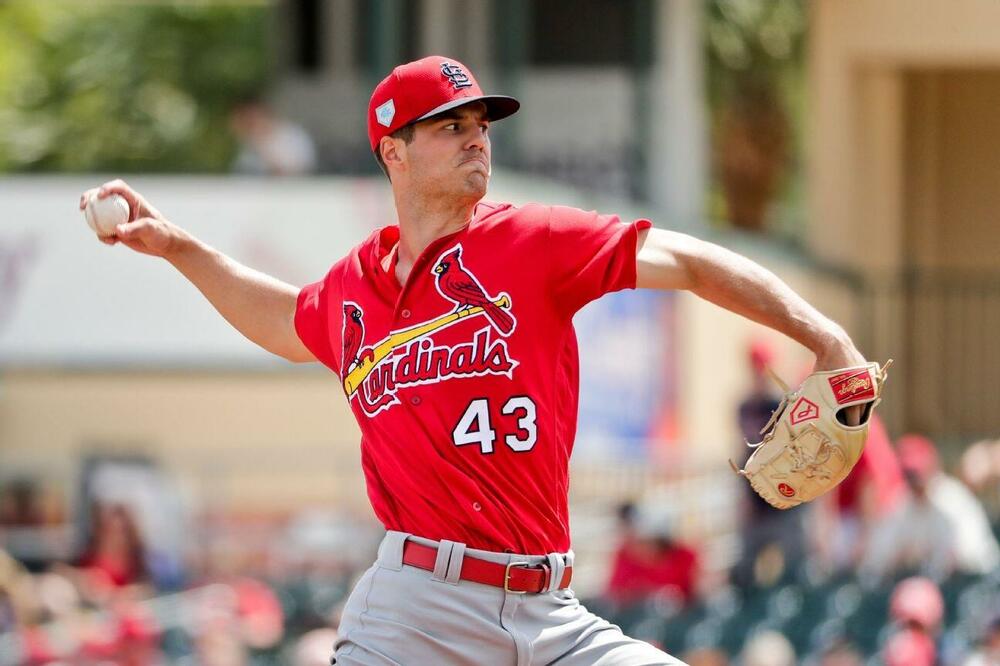 Hudson threw 6 and 2/3 innings of no-hit ball, striking out 7 and walking 4. The young righty was pulled in the 7th inning after throwing 111 pitches as Hudson wasn't particularly efficient throwing only 64 strikes and just 11 of 24 first pitch strikes - but was able to still generate 9 groundballs. Despite a middling strikeout total on the season (6.86 K/9) Hudson has managed to secure 12 wins and a 3.63 ERA thanks to a league leading 57% groundball rate which was on display Monday night. His fip of 5.21 is bloated thanks to his very high HR/FB rate (23.5%) and HR/9 (1.34) despite just a 20% flyball rate. Hudson is well past his season high in innings pitched (127) and so it will be interesting to see if the Cardinals monitor his workload and its not at all unexpected to see him pull at 111 pitched with a no hitter intact, especially since it was only thy the 7th inning.

Adams had another big game going 3 for 5 with 2 doubles, 5 RBIs and his 20th home run of the season. This is Adam's third straight season with 20+ home runs, a nice feat considering he has not picked up consistent starts since 2014. While he has struggled to hit for average in 2019 (.251 average) and has struck out a ton (32%) he boasts an .832 OPS thanks to a .268 ISO as half of his 64 hits have gone for extra bases. He makes for a sneaky late season pickup in the power department, especially with several big OBP guys hitting in front of him. He has a great chance to add to his 40 runs and 55 RBIs he has picked up in under 280 plate appearances.

Soto continues to mash in August as he went 4-4 with 2 doubles, a walk and 4 runs scored. Despite entering play Monday with "only" a .273 average during the month of August Soto has really stuffed the stat sheet otherwise, posting a 1.130 OPS thanks to 10 extra base hits (8 home runs), 12 runs scored, 13 RBIs and an elite 10:6 BB:K ration. In addition, he has been active on the base paths, swiping 4 bases in as many tries. He may not have quite the fanfare of some of the leagues other young hitters, but at 22 Soto needs to be mentioned among the leagues elite as in addition to hitting 28 home runs driving in 83 and stealing 12 bases his plate discipline is a thing of beauty for someone his age as he has a 15% walk rate and a 19% K rate.

Eaton went 1 for 4 with 2 runs scored, including his 11th home run of the season. Eaton is seemingly healthy for the first time in his Nationals tenure and had put up a respectable .289/.373/.435 line while reaching double digits in home runs (11) and steals (14) for the first time since 2016. Eaton's ability to hit the ball to all fields, low swinging strike rate (6%) and high walk (10%) and low K rate (15%) have allowed him to pair with Trea Turner to be a great table setter. Eaton has scored 83 runs on the season and has a great shot at topping 10 for the first time in his career. No one stat may stand out, but he contributes enough in every category to be a valuable asset.

Grisham went 0 for 4 Monday. His .231/.288/.442 line is a bit underwhelming, but has showcased some power (3 doubles, 2 HR) that resulted in him hitting 22 doubles, 6 triples and 26 home runs in the minor leagues this year. While Grisham has traded speed for power over the past few years in the minors, he stills wiped 12 bases and his insertion as the leadoff man is a sign the Brewers may want him to use his speed when he can. He has also always put up strong on-base numbers, as he has walked at a rate of 14% or higher at every stop in the minors while reducing his strikeouts numbers every year, including a 13% clip with AAA this year.