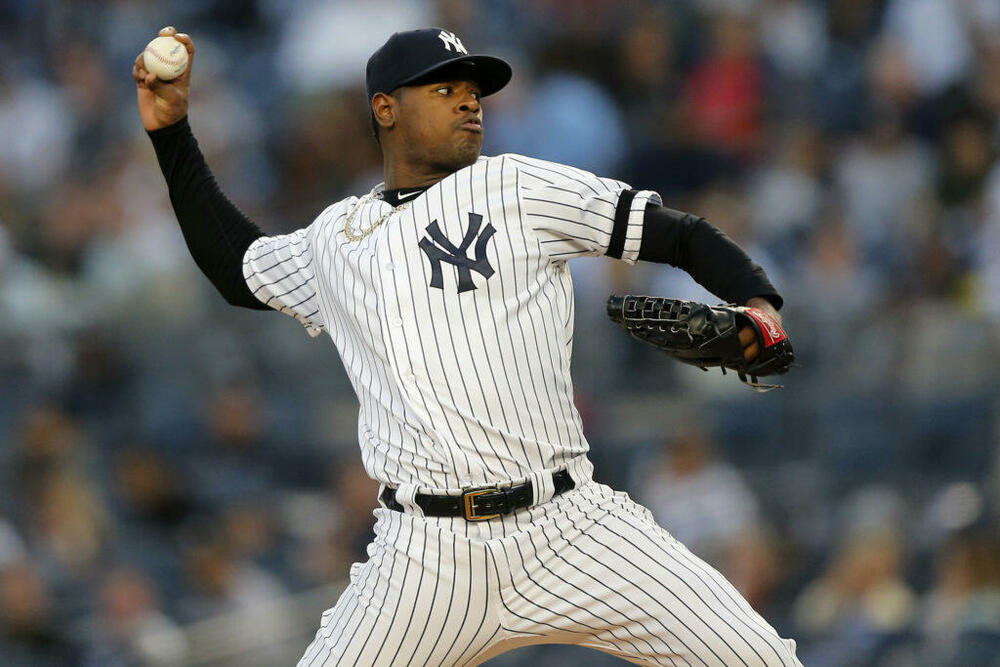 Luis Severino, New York Yankees - made his 2018 debut for the Yankees and he was outstanding with four shutout innings against the Angels. He struck out four batters and allowed just four baserunners, two via hits and two via walks. He just two batted balls all night that registered as hard contact and over all his average exit velo against him being just 83 MPH. Assuming Severino is strong down the stretch and doesn't reaggravate his injuy he shuld be a high pick in drafts once again next year.

Cavan Biggio, Toronto Blue Jays - went 4-for-5 at the plate with his 14th homer of the season and he also swiped two bags to gives him 13. Biggio will be an interesting case come draft time in the spring, and he's probably someone I'll be targeting in the mid-to-later rounds. He blends a nice combo of power and speed and he has an absurd 16.8% walk rate but still is hitting only .230 which should help keep his stock down a bit. We can't say he's been unlucky either as he's running a .302 BABIP, but cutting down on his 28.4% could help him unlock some average.

Tim Anderson, Chicago White Sox - went 4-for-7 with his 17th homer of the season. Anderson has had a huge season chipping in 16 stolen bases and a .336/.356/.513 triple slash despite missing a few months in the middle of the season with his ankle injury. Anderson did more of the same for him but generated a .398 BABIP despite not having significant gains in his hard hit rate or barrel rate. This looks like a huge regression case for next year as his expected batting average was .289 based on his middle of the pack batted ball skills.

Matt Olson, Oakland A's - hit homer 35 on Tuesday and he's turned in another fantastic season now that he's a full year away from his broken hand. He's slashing .272/.355/.566, which is a 20 jump in batting average from his previous career high. His batted ball data is off the charts ranking in the 93rd percentile or above in exit velo, hard hit rate, and xwOBA while posting a 14.8% barrel rate that's in the top 5% of the league.

Yordan Alvarez, Houston Astros - hit his 26th homer of the season as his ridiculous rookie season comes near an end. Alvarez ranks in the 95th percentile or higher in all the major underlying numbers and his 18% barrel rate ranks in the top 2% of the league. He's going to be a top 2-3 round pick next year as there are few batters in baseball that are as good as Alvarez is.