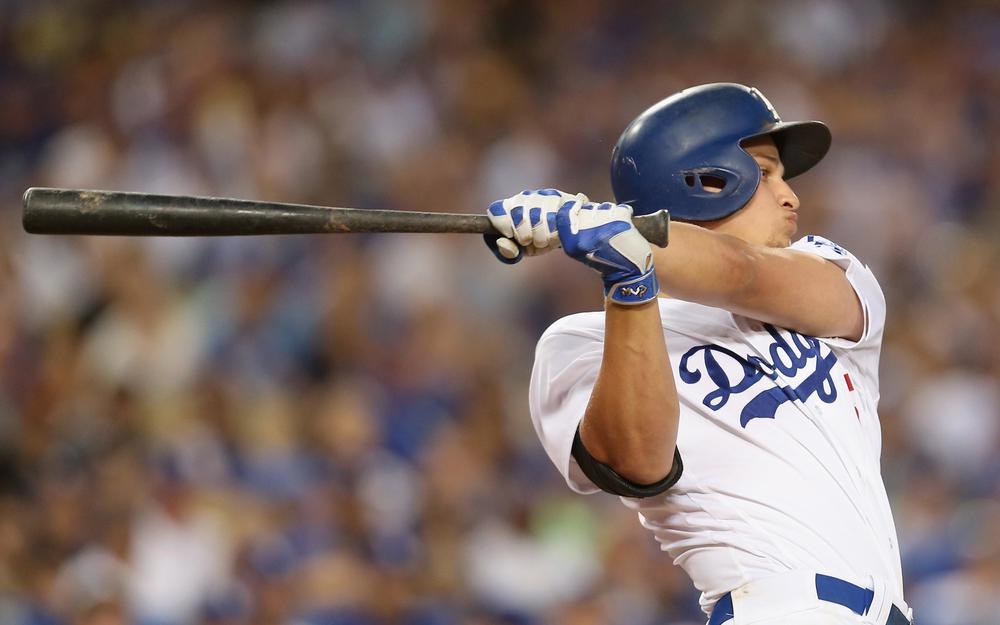 J.D. Davis (3B - NYM) - Davis continues to impress, picking up 3 more hits on Monday to bring his line up to 306/369/515 on the year. He's been phenomenal since the break, hitting .328 and slugging .559 with improved walk and hard contact rates, and the overall improvement he's made in his chase rate this season has helped cut the K's down, fueling this productivity. With more flyballs hit in the second half, a 33rd ranking in exit velocity, and continued contact rate improvement, Davis might have another gear in him....I don't expect him to regress in 2020, and I think 30 HR is a real possibility.

Corey Seager (SS - LAD) - You could sort of see this hot streak coming during an 18 XBH August where he posted a 54% hard contact rate, but Seager's 300/329/614 September has seen more of those balls fly out of the park to help salvage a disappointing season. I'm not sure I love how aggressive he's been since the break, but he's clearly seeing it pretty well right now....the K rate hasn't jumped appreciably. This second half surge makes me think that I'll be interested in him again next spring at what I perceive his value will be then...I still think, even with the crop of youngsters arriving, that he can be a top-10 SS in 2020.

Steven Matz (SP - NYM) - Matz's line looked a lot worse than he pitched on Monday, as he did allow a pair of homers to Jorge Alfaro, but the damage was more on a number of groundballs to the left side that Todd Frazier wasn't able to come up with. Before the past two outings (the other being in Coors last week), Matz had put together 7 straight starts allowing 2 ER or fewer, and I was impressed with his stuff for most of Monday's start, as the fastball was lively and 94-96 consistently. I like Matz and expect him to return better than average SP value again in 2020, with some upside if the Mets can make an offensive or bullpen upgrade.

Tommy Edman (2/3 - STL) - Edman singled, homered, and walked on Monday to reach base in his 13th straight game. Every year there's a Cardinal bat that comes out of nowhere to be extremely productive, and I guess it's Edman's turn. If I were a Cub fan I'd feel a bit put upon, honestly....this guy ends up better than Addison Russell? Edman has always been a nice little player, showing above average contact ability and speed, but his below average power has still managed a .500 SLG in 320 PAs to this point in the majors, and with 11 HR and 14 SB in around a half-season.....well, that's impressive. He is only 24, so a bit more power could be developing, but he's well below average in exit velo so I just don't expect him to offer much more than we've already seen in that area, but he's a very efficient base stealer with good speed, and he's a very good contact hitter. This may feel like ceiling performance, but I think the floor here is really high also going forward....I like the kid despite the sudden emergence.

Caleb Smith (SP - MIA) - The Caleb Smith that I've seen since his return from injury, with 1-2 exceptions, has not been the guy I saw earlier this season. The changeup was devastating in the first half, and the fastball offered up enough velo that you couldn't sit on the offspeed pitch. Monday's outing against the Mets may have seen him move to 10-10 on the year for a team well under .500, but his control was spotty, his velocity was 89-91, and he allowed another homer (a grannie to Rosario) that let the Mets creep back into the game. Before we go too crazy panning Smith, let's remember that he was already 20 innings above his previous career high before Monday's outing, and his velocity numbers have never quite gotten back up to where they were before the hip issue in early June. I still like him for 2020 assuming he comes into camp healthy, and perhaps this late-season swoon will dull his value a little bit.