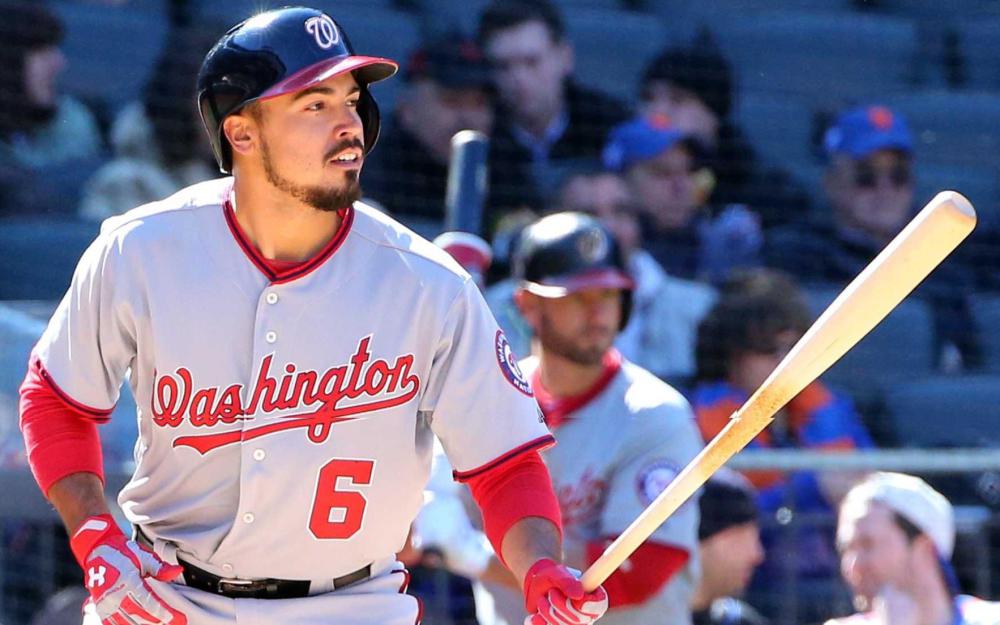 Anthony Rendon (3B-WAS) built upon his career year by going 2-4 with a solo shot against the Cardinals on Monday evening. The 29 year-old is now batting .333 with 34 homers, 119 RBI, and 113 runs scored in 595 plate appearances this season - all of those figures are career bests. The key to Rendon taking his game to the next level? A career-best 46% hard-hit rate, which includes a 52% hard-hit rate on flyballs raising his HR/FB to a career-high 16.6% HR/FB that isn't all that outlandish. This breakout really couldn't have come at a better time for Rendon, who is set to enter free agency for the first time after this season. His landing spot will likely have some bearing on his power output, but there's never been doubting his hit tool, which will play well anywhere.

Zac Gallen (SP-ARI) is somehow under-owned in fantasy; for example, he is only rostered in 43% of ESPN leagues. The rookie's 2.81 ERA, 1.23 WHIP, and 10.8 K/9 are solid enough, but consider this: through 15 big-league starts, he's yet to surrender more than 3 runs in an outing. Through 3 September starts (18.2 innings of work), he's given up just 6 runs on 11 hits and 5 walks (2.4 BB/9) while striking out 22 (10.6 K/9). He lines up for a sexy start against a Padres offense that has scored the 6th-fewest runs in the majors this season on Wednesday. At spacious Petco Park, too. Given his track record and his opponent, Gallen should be rostered and started.

Max Fried (SP-ATL) wasn't exactly sharp in his last outing, when he surrendered 5 runs on 6 hits and 3 walks while fanning 2 in 2.1 innings of work against the Nationals on Sunday. However, he lines up for a start at home against the Giants on Saturday and should absolutely be started. First, San Francisco has scored the 3rd fewest runs in the majors this season. Second, Fried has been considerably better at home than away this season, as he owns a 3.42 ERA, 9.5 K/9, 1.9 BB/9, and 3.19 FIP in 81.2 innings of work at home while, on the road, he's recorded an ugly 5.16 ERA, 9.6 K/9, 3.5 BB/9, and 4.50 FIP in 75 innings. And consider this: In his last 3 road starts, he's allowed exactly 5 runs in each outing while, in each of his last 3 home starts, he's allowed a total of 6 runs and earned a quality start in each appearance. Start him with confidence against the Giants on Saturday.

David Dahl (OF-COL) will not be returning to action during the 2019 season. Over the weekend, it was reported that the Rockies, well out of playoff contention, will not risk any further injuries to Dahl. The oft-injured 25 year-old has yet to log a full season in the majors, with a high-ankle sprain suffered back in early August prematurely ending his 2019 campaign. On the surface, what he did when healthy this season was pretty good, as he recorded a .302 average, 15 homers, 61 RBI, 67 runs scored, and 4 stolen bases in 100 games (413 plate appearances). However, his average rode on an inflated .386 BABIP and his 27% strikeout rate was his highest in the majors. And his 36.5% hard-hit rate was pretty pedestrian and not a career high despite us now living in the juiced-ball era. His power-speed potential remains tantalizing and playing half his games in Colorado adds to the appeal, but one can only take Dahl if the price is a bit discounted in 2020 drafts, right?

Alec Bohm (3B-PHI) finished the 2019 campaign in AA after going #3 overall in the 2018 draft. He rates as the #34 overall prospect in baseball and the #2 3B, although there are concerns about his performance in the field relegating him to 1B; the Phillies seem committed to giving him every chance to succeed at 3B, though. He ascended from Low-A to Double-A this season, showing excellent command of the strike zone by not striking out at a clip greater than 15% at any level and by walking in at least 10% of plate appearances at each stop. Along the way, he bashed 21 longballs and swiped a half-dozen bags while recording a wRC+ of at least 146 at each level. The 6'5" 23 year-old could spend a good bit of next season developing in the minors, but there's the possibility that he forces the Phillies to call him up sooner rather than later. He should be on your watch list.