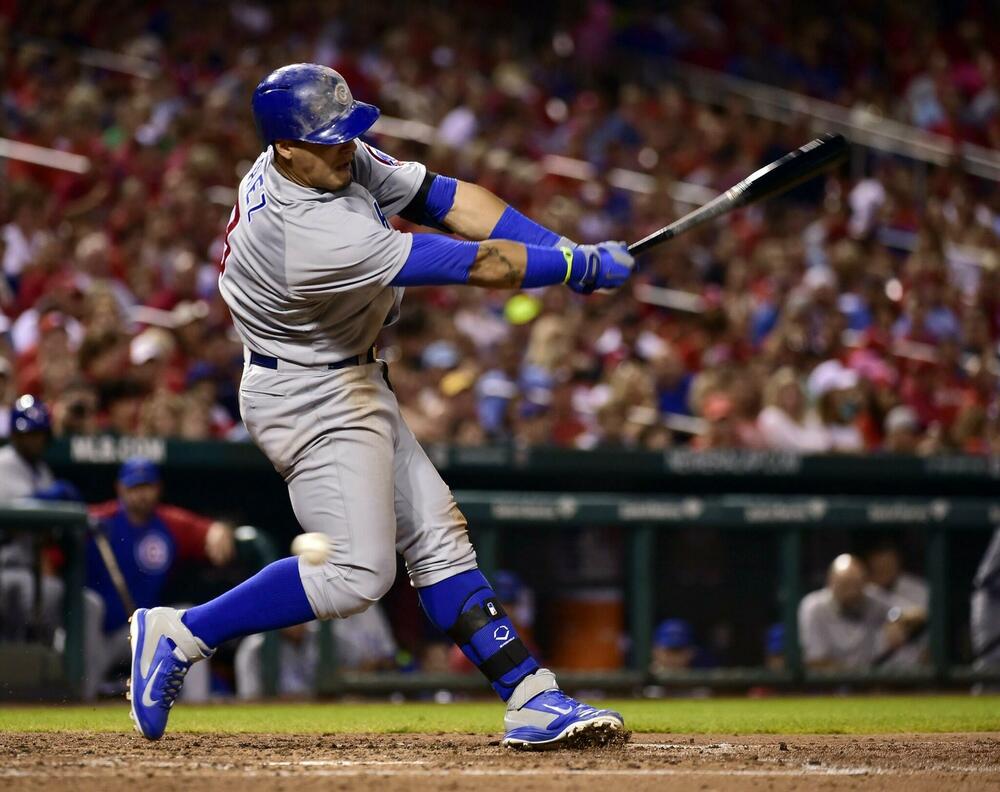 Javier Baez, Chicago Cubs - Javy Baez surprised everyone on Saturday with a pinch hit appearance against the Cardinals. He's dealing with a fracture in his thumb and was supposedly going to be limited to pinch running duties, but the shortstop says that he wants to return to the lineup on Tuesday against the Pirates. There's a chance that the Cubs could fall out of playoff contention by then, and if so I doubt that the Cubs would let him risk injuring the thumb further. Check to be sure the Baez owner didn't cut bait in redraft leagues just in case.

Zack Wheeler, New York Mets - Zack Wheeler turned in another dominant outing with one earned run over seven innings against the Reds. Wheeler struck out seven batters in the outing and issued just one free pass. Wheeler had 35 called strikes and whiffs in the outing, good for an excellent 33% rate. He only gave up four batted balls that registered as hard hits as well, and averaged n 81 MPH exit velo off the bat. He gets a fantastic matchup with the Marlins next week to finish off his season.

Craig Kimbrel, Chicago Cubs - Craig Kimbrel blew his third save of the season after allowing homers on each of the first two pitches of the ninth inning. Kimbrel's awful season with the Cubs has continued as the homers were his 8th and 9th of the season, which is a new career high despite only throwing 20 innings this season. There's a lot we could chalk up this season to including the delay in his signing and IL stints, but this no doubt will hurt his value going into drafts in 2020 but hopefully a normal offseason should get him back to his normal Kimbrel ways.

Luke Weaver, Arizona Diamondbacks - Luke Weaver made his way back to the majors after being shut down in May with a partial UCL tear, opting for rehab over Tommy John Surgery. Weaver tossed two scoreless innings in the outing and needed just 19 pitches to get through in frames. If this is the last time we see Weaver this year, he has had an outstanding season for the D'Backs and will make a strong option in redraft next year.

Nico Hoerner, Chicago Cubs - Nico Hoerner went 1-for-4 at the plate on Saturday with his third homer over the season. Hoerner is continuing to show an increase in power in the majors with a .208 ISO after posting a .050 ISO and a .116 ISO over two minor league stops, though neither of them was AAA where they are using the major league ball. Hoerner should continue to get the bulk of the playing time at shortstop over the next week, but the news about Baez potentially returning on Tuesday could through a wrinkle in things.