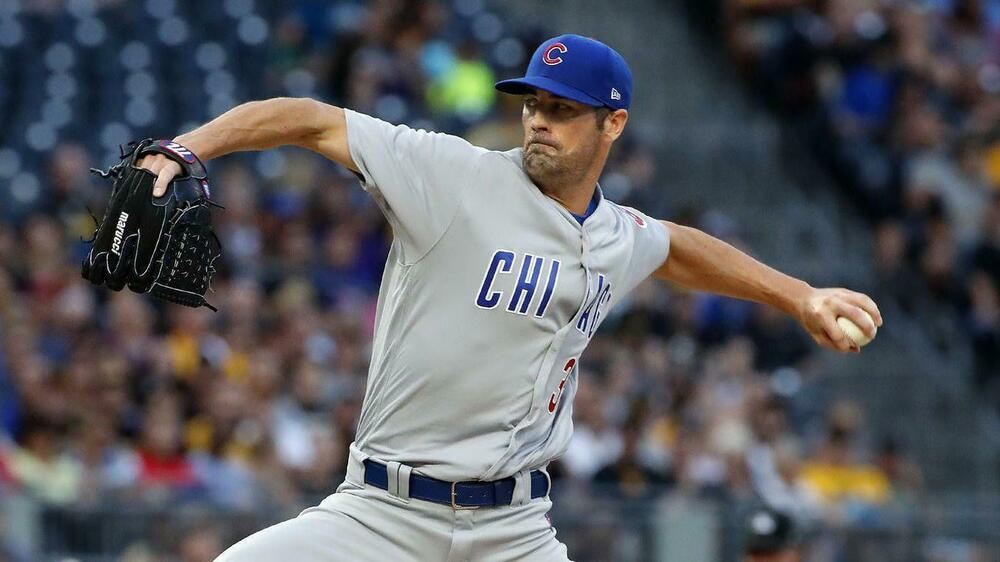 Eflin allowed two runs over five innings with six strikeouts and no walks against the Mets on Friday. Eflin has bounced in and out of the Phillies' rotation this year, and the 25-year-old took a middling 4.33 ERA into Friday's start. Eflin has become a different pitcher lately though, largely abandoning his four-seamer and slider (his two most used pitches for most of the year) to emphasize his sinker (and, to a lesser extent, his changeup and curveball). As a result, Eflin should induce more desirable contact through the rest of the year, and although his already poor strikeout rate may take a short-term hit, Eflin's 2020 outlook is now significantly more favorable. It's a small sample size, but Elflin's curveball has generated whiffs at an impressive rate this year and his sinker has been very effective at limiting bad contact (.288 xwOBA against the pitch this year compared to a .359 league average mark with the pitch). If Eflin can find the right mix of pitches (probably primarily some mix of his sinker, curveball, and slider -- though his slider will need to improve at generating whiffs) then he could be a strong sleeper pick going into next season. Take a wait and see approach with Eflin for now, but monitor his progress and don't be shocked by a big season next year.

VanMeter went 0-2 with a pair of strikeouts against the Diamondbacks on Friday. VanMeter has looked like a really good hitter for the Reds this year, but a couple of major flaws and some bad luck have kept him performing like a league average hitter (99 OPS+). VanMeter rarely mishits the ball (29% line drive rate), boasts solid power (90.4 MPH average exit velocity, 11.5% soft contact rate), and owns a solid plate but patient approach (25.4% o-swing rate, 57.3% z-swing rate) with above average contact skills (78.8% contact rate, 8.3% swinging strike rate), giving him a strong foundation for offensive success. The biggest problem with VanMeter's performance so far has been his inability to hit non-fastball pitches. VanMeter has hit fastballs well to the tune of a .418 xwOBA against the pitch (.342 league average) but owns a .190 xwOBA against breaking pitches and a .233 xwOBA against offspeed pitches. VanMeter has somewhat offset this weakness by swinging significantly more frequently at fastballs than any other pitch, but he'll have to improve his ability to hit other pitches to take his game to the next level. If VanMeter can shore up his breaking and offspeed hitting, then he has a chance to be an All-Star caliber hitter. Don't expect those changes to happen overnight, but keep an eye on VanMeter going forward as his upside is high and reasonably within reach.

Hamels allowed five runs over just 3.1 innings against the Brewers on Friday. Hamels has endured a bumpy 2019 season, and the 35-year-old followed up an impressive June (1.22 ERA over six starts) with a poor August (6.33 ERA over six starts). Unfortunately, Hamels appears likely to buck his trend of good month then bad month (which has held over the entire year) with a poor September as his August performance raises some serious red flags. After declining modestly throughout the season, Hamels' average fastball velocity dropped significantly in August, corresponding with a substantial drop in performance for the pitch. In addition, Hamels adjusted his pitch mix poorly in August, scaling back his fastball usage (good) in favor of his sinker (bad) -- the only pitch in his arsenal that's arguably worse than his four-seamer. Overall, Hamels owners should not be optimistic about his rest of season outlook, and daily players should avoid him for the remainder of the year.

Donaldson went 1-2 with a home run and two walks against the Nationals on Friday. Donaldson wasn't an All-Star this year, but the 33-year-old has bounced back from a relatively poor (but still good) 2018 season and took a .914 OPS into Friday's game. Daily players should shy away from Donaldson for the near future though, as he's posted some worrying trends of late (though they likely won't affect his long term value, he has been showing signs of falling into a slump). Since the beginning of September, Donaldson has seen his z-swing rate fall sharply, along with a decrease in his hard hit rate and an increasing ground ball rate. It hasn't affected him much yet (Donaldson owns a 1.261 OPS for the past week), but Donaldson's recent trends indicate that his performance should slow down in the near future. Donaldson should still be a usable and valuable fantasy asset regardless, but expect a decline in performance in the near future.

Mahle allowed five runs over 4.1 innings against the Diamondbacks on Friday. Mahle has struggled for the Reds this season, but his 4.18 FIP and 4.27 SO/BB ratio bode well for his long term prospects. For the season, Mahle owns an above average 24.1% strikeout rate with a strong 5.7% walk rate, and his batted ball quality has been generally strong (Mahle owns a better than average .308 xwOBA). Home runs (3.9% home run rate) and some bad luck with runners on base (66.8% strand rate) have held Mahle back this year, and as a result his xFIP sits at a solid 3.83. In addition to his strong peripherals, Mahle has made some encouraging pitch mix adjustments over the season. Mahle has tapered off his four-seam usage over the course of the season (a good trend based on its performance) in favor of his cutter (a move that hasn't worked out very well -- Mahle's cutter has not been good) but also increased his splitter (or changeup, depending on what data you look at) recently. Mahle's splitter has been very effective this year, and should help control his home run rate. Overall, expect Mahle to have a strong finish to the season, and a sub-4.00 ERA with above average strikeout and walk rates is a reasonable expectation going into next year.