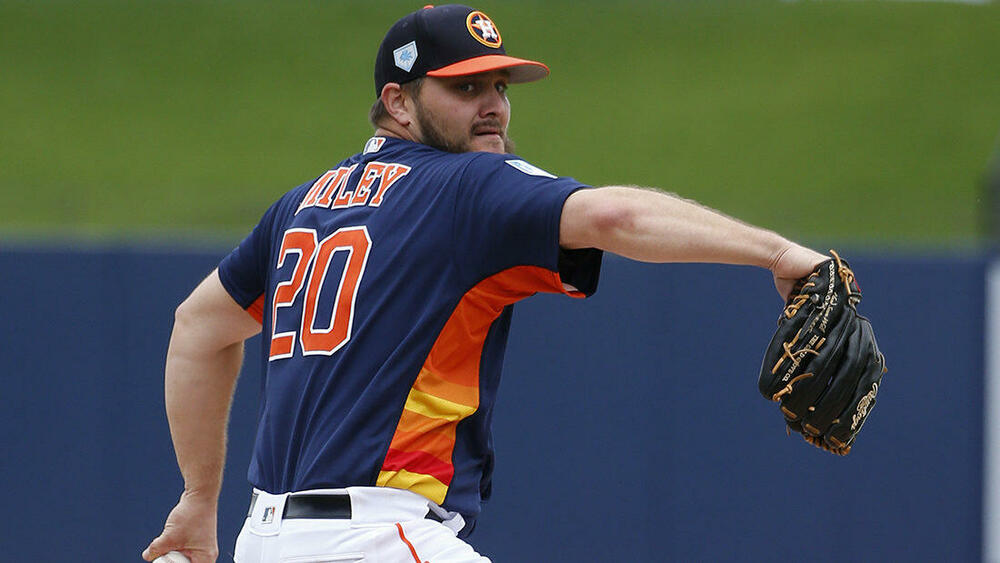 Rogers gave up one run in 5.0 innings of work and collected his fourth win of the season on Friday night. The 23-year-old struck out six while allowing four hits and walking two in the outing. Rogers has been stellar so far this season. His ERA now sits at a pretty 1.89 mark, and his strikeout rate is an impressive 11.84 K/9. Rogers made his MLB debut last season but was mainly unimpressive in his 28.0 innings of work. He has been much more effective this season as he has upped his velocity and kept the ball inside the park (.49 HR/9 in 2021, 1.61 HR/9 in 2020). His fastball (4.1 wFA) and changeup (3.9 wCH) have been plus pitches which has him toting a SwStr% of 16.5% so far this season.

Rojas went 2 for 3 and scored three runs on Friday night against the Brewers. The 32-year-old has now collected multiple hits in four consecutive games and has his average up to .291 on the season. Rojas doesn't do much in the way of power (25 career homers), but he doesn't strike out much and gets on base a lot (.381 OBP). He has some value hitting leadoff for the Marlins. He has scored 21 runs and has three stolen bases so far in 2021.

Miley recorded MLB's FOURTH no-hitter this season on Friday night against the Indians. The only batters to reach for the Indians came on an error and a walk in the 6th inning. Miley struck out eight in the stellar outing, and he now has a pristine 2.00 ERA on the season. The 34-year-old has been a revelation this season. He is striking out just 6.75 batters per nine with a 9.3% SwStr%, but hitters are having a hard time squaring him up (61.0 Med%). He is only owned in 37.0% of ESPN leagues right now, and though it's hard to see him keeping this up, he might be worth a run if your fantasy squad is in need of starting pitching.

Morton gave up six earned runs and didn't even make it out of the first inning against the Phillies on Friday night. He gave up four hits and walked a pair in the outing. Morton has given up four or more runs in four of his seven starts this season, and his ERA is currently a lofty 6.55. The good news is that even at 37 years old, his velocity hasn't dropped (95.1 vFA), and his plate discipline percentages aren't showing anything particularly atypical for him. But for whatever reason, he is getting walloped. His HardHit% is at 36.4%, and his HR/9 is at 1.31. He hasn't had a HR/9 rate over 1.0 since the 2010 season. The veteran hurler isn't a lost cause, but there are certainly better options out there right now.

Flaherty threw 7.0 innings of shutout ball against the Rockies on Friday night, improving his record to 6-0 for the season. He gave up three hits, walked one, and struck out six in the outing. Apart from a poor first start (4.1 IP, 6 ER), Flaherty has been excellent so far this season. He currently owns a 2.83/3.80 ERA/xFIP. His O-Swing% and SwStr% are down a bit from his career averages, so he isn't posting gaudy strikeout numbers (9.15 K/9), but he is still a top-end fantasy option nonetheless.