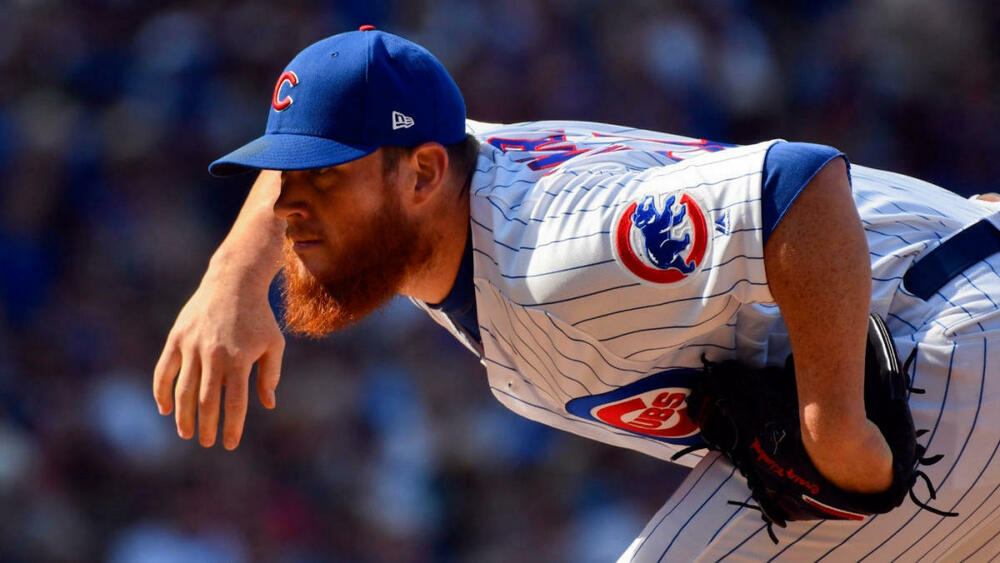 Kimbrel collected his 10th save of the season against the Pirates on Tuesday night. He gave up a leadoff double but was able to get the next three hitters to protect the Cubs' one-run lead successfully. Kimbrel struggled mightily with injuries and control over the past two seasons but seems to be back to his former self here in 2021. His walk rate sits at 3.60 BB/9 this season compared to the 6.00 mark it was over the 2019 and '20 seasons. Kimbrel's 14.65 K/9 is right around his career average (14.67), and his ERA is a sparkling .90 for the season.

Velasquez tossed 6.0 innings of shutout ball against Marlins on Tuesday evening. He surrendered three hits, three walks, and struck out five in the outing. Velasquez is now 2-0 with a 2.95 ERA and 11.05 K/9 through his first six starts of the season. Those numbers are solid, but Velasquez is still a fringe fantasy option at best. He walks too many batters (5.40 BB/9) and gives up a lot of home runs (1.72 HR/9). Additionally, his 4.98 FIP and 4.11 xFIP suggest that his sub 3.00 ERA isn't going to last. Velazquez has been able to work his way out of jams with great regularity this season. Once his current 94.1% LOB% comes back down to earth (career 73.1%), expect the 28-year-old's ERA to find its way more towards his career 4.66 mark.

Turner went 2 for 5 and hit his 8th homer of the season on Tuesday night in Houston. The veteran Third Baseman was amidst a 1 for 28 stretch before Tuesday's multi-hit outing. The slump saw Turner's average drop from .311 to .267. Despite his recent struggles, Turner is still slashing a respectable .271/.363/.464 with a .360 wOBA that is on par with his career .361 mark. The 36-year-old is currently posting a career-high 21.8% K%, though he has counteracted that with a 12.4% BB% that is also a career-high. Turner isn't the most exciting fantasy option, but he is about as reliable as they come. He has finished the season with an average under .290 just once over the last seven seasons.

Morton struck out nine and gave up just one unearned run in Boston on Tuesday night. The 37-year-old gave up just three hits and two walks to a Red Sox team that came into the game with a league-leading .334 wOBA. Morton has been up and down all season but has now turned in two consecutive fantastic outings. He is 3-2 with a 3.98 ERA through his first ten starts. Morton has been better than his ERA suggests (3.27 xFIP) and, despite his advanced age, is still popping the catcher's mitt with his fastball (95.2 vFA). He should be a middle-of-the-road fantasy contributor for the foreseeable future.

Burnes gave up four runs in 6.0 innings against the Padres on Tuesday night. He only gave up two hits on the evening but got himself in trouble with three free passes. To say the three walks were uncharacteristic of Burnes would be a massive understatement. Earlier this season, he set the record for most consecutive strikeouts without a walk to start an MLB season (58). Burnes came into the contest with just two walks in 40.1 innings of work. The 26-year-old has been an elite fantasy option so far in 2021. He has only given up two homers on the season and currently sports a 2.33/1.70 ERA/xFIP to go along with a fantastic 14.37 K/9 ratio.