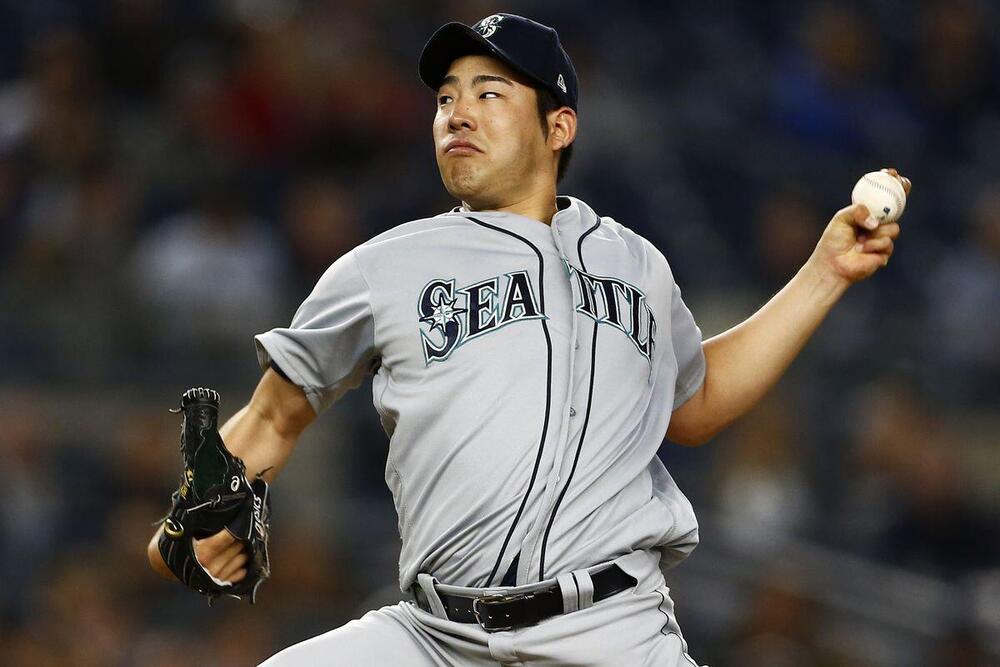 While the Roster may not be as star studded as other Teams, The Mariners continue to win. Let's check out how some of their Key Contributors have been doing following their 7-2 win Thursday.

Kikuchi continued his strong start allowing 1 ER over 7 innings, while striking out 6 and generating 10 groundballs to lower his season ERA to 3.18. Kikuchi had a rough 2019 Rookie season in the states (5.46 ERA/5.71 xfip) but has made strides since then. First he has increased his fastball velocity from 92.6 mpg in 2019 to around 95 each of the past 2 seasons - which has driven his K rate way up (6.46 in 2019, 9.00 last year and 9.07 this year). He has also been able to generate a higher number of groundballs - 52% each of the past 2 seasons and as such his xfips (3.78 last year, 3.47 this year) show he has made some true improvements. He has anchored a surprising Mariners teams by tossing 93 innings over 15 starts and fantasy owners are hoping he can continue to pitch deep into games.

Fraley went 2-3 with a walk and his 6th HR of the season. While the batting average is still a bit low (.256) Fraley has been an on base machine drawing walks at a 23% clip to give him a big time .439 OBP. He has also chipped in with 6 HR and 5 SB, and while his 25% K rate is still high, he has been able to drop it below 30% - a number he eclipsed in parts of the past 2 MLB seasons. While his overall numbers are strong, he is still being viewed as a platoon play by the Mariners as his splits are extreme (.156 batting average vs lefties, .294 vs righties). If your league takes OBP into account as a category, you want him on your team and is a good option vs righties.

Around The League Thursday:

Gallo continued his power surge hitting his 20th HR of the season Thursday and also reached base all 4 times going 3-3 with a walk. Anyone that has stuck with Gallo has been rewarded this week as he has slugged home runs each of the past 5 games, including a pair of multi-HR efforts and has added 10 RBIs. Gallo had a massive June overall posting a 1.105 OPS with 10 HR, 18 RBIs 23 walks and 3 stolen bases and has slowly pulled his batting average up into the .230s - respectable for him. His .489 slg% is lagging a bit behind his primetime years but the power surge has been able to pull it up. By This point owners know what they are getting with Gallo as a 3-true outcome type player - 179 of his 317 PAs this season have resulted in either a HR, BB or K. Gallo could still challenge for a HR title if the streak continues.