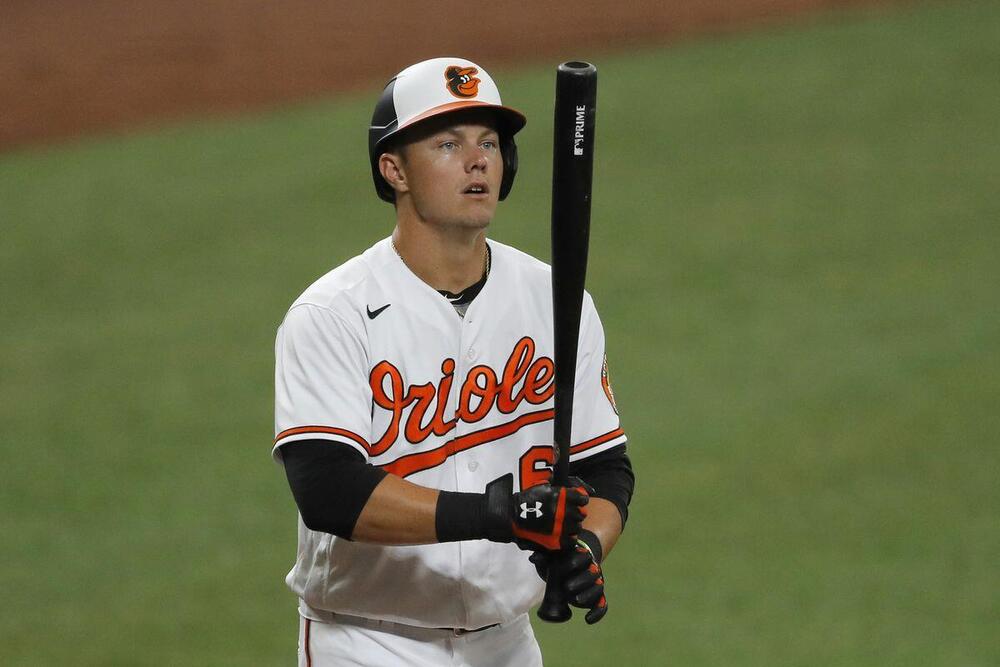 Moncada drove in the White Sox' only run on Friday, hitting a double off Lance McCullers Jr. to score Tim Anderson in the first inning. He also walked and struck out once. Moncada is still only 26 years old. He has made drastic improvements in plate discipline (his batting EYE is an impressive 0.65) but has declined in power. Perhaps that can be partially attributed to a variety of injuries over the past couple seasons. Comparing his breakout 2019 season to this season is interesting. In 2019 he had a career-high 13.9% swinging-strike rate, but his ISO was .233 with an elite 93.1-mph average exit velocity. This year his swinging-strike rate is down to a career-low 10.3% but his ISO is only .120 and his avg. exit velo is 90 miles per hour. Therefore he only has five home runs in 337 plate appearances. Furthermore Moncada's above-average speed doesn't manifest into stolen bases (he only has two), which leaves his fantasy production underwhelming in spite of ranking in the top-25 among hitters in fWAR. Moncada has a lot of power in his bat. His 9.4% HR/FB rate is masking some of that power. Expect the home runs to come in the second half, and Moncada's development to progress.

Top prospect Jarred Kelenic was recalled, and after disappointing to the tune of a .096 batting average during his first stint, he didn't do much to impress in his first game back with the Mariners, finishing 1-for-4 with two strikeouts. Kelenic has shown fabulous plate discipline at AAA-Tacoma, but that hasn't translated yet to the major leagues as his strikeout rate is nearly 30% through 96 plate appearances. He isn't driving the ball and he's hitting a lot of weak pop flies. There is pressure that comes with being a team's number one prospect, and perhaps Kelenic is feeling the weight of expectations. The talent is undeniable, and eventually he will find his groove. Whether that is this season or beyond is questionable.

Bad Andrew Heaney showed up on Friday, giving up four runs to the Mariners in four innings with four strikeouts. For the fourth time this season he didn't walk anybody, but it was a continuation of his inconsistency and unreliability. His ERA is now 5.56 and the only reason his role is relatively stable is because the Angels' pitching depth is trash. He had a slight dip in velocity but nothing to be too concerned about right now. The bigger problem is his curveball wasn't particularly effective and he needs that pitch to be successful. It's the only pitch that regularly produces outs, but when it's not functioning to its full capability, Heaney won't function to his full capability. The worst pitch to have to rely on is the curveball because it's the most difficult to control. That is the story of Andrew Heaney. When to start him, when to bench him, you'll have to ask his curveball before each of his starts.

Another dud for Akin who opened up his post All-Star break by allowing six runs on eight hits and three walks in three innings. It was his sixth straight start allowing more than three runs and he has now allowed 42 hits in his last 24.1 innings. His stuff just isn't playing at the major league level. Known for having a plus changeup that neutralizes right-handed batters, Akin's change is getting pounded. Opposing hitters are batting .341 with two home runs against it. His fastball isn't much better and his slider is far worse. Even though the Orioles aren't a contender, Akin's role in the rotation is fragile. How much longer can the team keep him as a starter with a 8.19 ERA? A trip to the bullpen or back to the minor leagues may be in store for the rookie.

The Orioles were quiet on Friday, and Mountcastle was hitless in four plate appearances, although he didn't strike out and hit two balls over 90 miles per hour. Mouncastle showed signs of a sophomore slump, regressing in plate discipline and lacking pitch recognition, but sophomore slumps do not have to last an entire season and the big right-hander is showing signs of improvement, lifting his contact rate over 72% since the beginning of June. He has also flashed more power over that stretch, featuring a 91-mph average exit velocity and near-double digit barrel rate. His ISO over that stretch is .256 and his OPS is .923. Mountcastle has great raw power but his inconsistent approach holds him back from joining the elite home run hitters. He has unsuspecting speed and can chip in a few steals, and his hit tool is good enough to produce a decent batting average. A more productive second half is in order for the young Oriole.