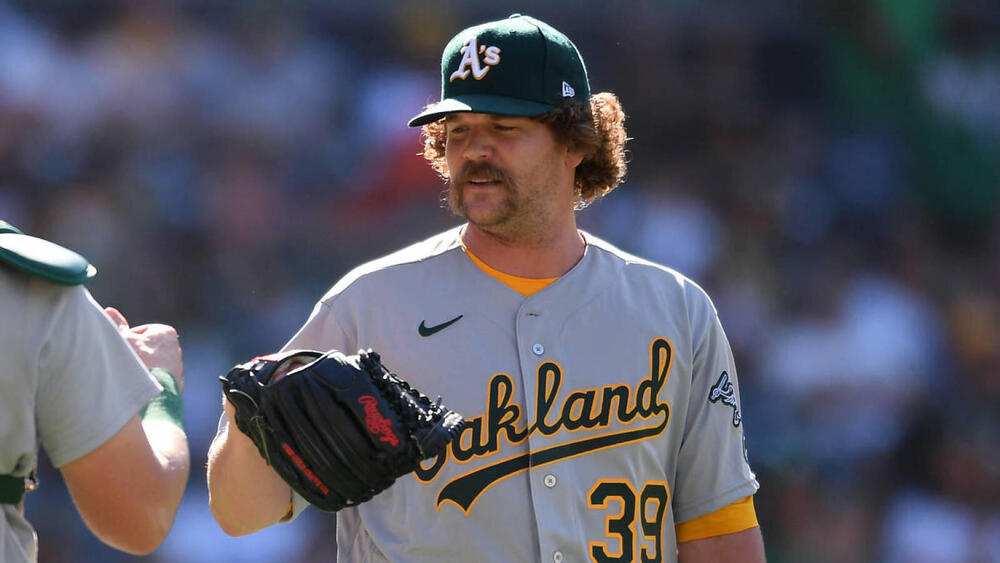 With just three weeks left in the regular season, most head-to-head leagues will be finishing the regular season within the next week. This weekend also marks Week 1 of the NFL regular season, which coincidentally also marks the migration of fantasy baseball players over to the pigskin. Even if a championship isn't in the cards for your fantasy team this season, this is the best time of year to get an edge for the following season - paying attention at the end of the baseball season while other players aren't is the single best way to identify next season's sleepers. Here's what you need to know this week in the world of relievers.

-At long last, RP Mychal Givens seems to have given the Reds some stability. Givens saved his 7th game of the season on Friday night with Michael Lorezen pitching the eight and Lucas Sims pitching the seventh. Givens still walks too many hitters for there to be absolute comfort, but getting saves this time of the year is the most important thing.

-PHI Ian Kennedy blew his second save since becoming the Phillies closer and with the Phillies in the wild card hunt, the team could be compelled to move back to Hector Neris or Jose Alvarado. Neris has allowed just one earned run since July 21st with a respectable 33:9 strikeout-to-walk ratio over 22 innings pitched during that stretch. Similarly, Jose Alvarado is scoreless over his last 10 appearances.

-After being one of the most valuable closers of the first half, Alex Reyes is officially out as closer of the Cardinals. The oft-injured, former top prospect for the Cardinals looked like he was finally putting it together, but his high walk rate ultimately caught up to him. Giovanny Gallegos has the team's last four saves. Gallegos has a beautiful 30% strikeout rate and just a 6% walk rate, but the most impressive thing is that he has managed to maintain a 3.38 ERA despite just a 64% strand rate - a number that should be much higher given his peripherals. That means as his sequencing luck regresses, his ratios will get even better. He's a name to watch heading into 2022 that some players who have switched over to fantasy football may not recognize.

-What a year it has been for OAK RP Andrew Chafin. After spending the first 7 years of his career with the Diamondbacks, 31-year old Andrew Chafin latched on with the Chicago Cubs and helped the team build the best bullpen in baseball over the first two months of the regular season. As the Cubs looked to sell, Chafin drew a lot of trade interest and eventually landed in Oakland, albeit as a middle reliever. Over the last few weeks, he has climbed up the ranks and has now seemingly taken over as closer for the team. Chafin has made great improvement in his control this season, which has helped him reduce his exposure to base runners, but it's really been his increased use of his sinker that has helped him limit hard contact against. With much of the Athletics bullpen struggling, Chafin seems like a worthy gamble, but Sergio Romo could be a decent consolation prize.

-The Yankees ninth inning remains a question mark after Aroldis Chapman had yet another rocky appearance this week, his second time this week. The difference? This time Chapman was actually booed off the mound. The problem that manager Aaron Boone faces is that Zack Britton, Jonathan Loaisiga and Darren O'Day are all on the injured list and Chad Green has also struggled recently. On the flip side, Green has maintained his superb strikeout-to-walk rate, which does limit some of his downside risk. He's probably the best arm to have in the Yankees bullpen right now.

-Diamondbacks closer RP Tyler Clippard was added to the COVID-19 list this week, paving the way for RP Noe Ramirez to fill-in. He's a fine streamer for the week ahead.

-Don't look now, but the Cubs have been one of the hottest teams in baseball over the last two weeks, which opened the door for RP Rowan Wick to stake claim to the closing role. Wick has 4 saves since August 31st and looks to be the Cubs primary closer. Talent-wise, he's solid but nothing to be overly excited about. As relievers go, his 29% called+swinging strike rate is league average and his walk rate mediocre. The Cubs are unlikely to continue seeing the same level of their recent success, so don't overpay in FAAB for Wick, but he's a fine addition on the cheap.

-The Rays set the worst possible record for fantasy owners this week - the most players to record a save in a single season. After Dietrich Enns recorded his first save of the year, he became the 13th different player to save a game, which established the new major league record. Don't worry, Andrew Kittredge the man who seemed like the best one to own, gave up a grand slam on Friday night to blow his first save of the season.

-SEA RP Diego Castillo was activated from the injured list and got the save opportunity last Saturday, but that was primarily because Paul Sewald was unavailable. Since re-joining the team, Castillo has a win, a hold and a save and it is worth mentioning that Sewald blew his last save chance on Tuesday. If Castillo was dropped in your league, he's worth adding. Interestingly, Castillo has the higher strikeout rate of his career this season (and best walk rate), despite posting the lowest called & swinging strike rate of his career.