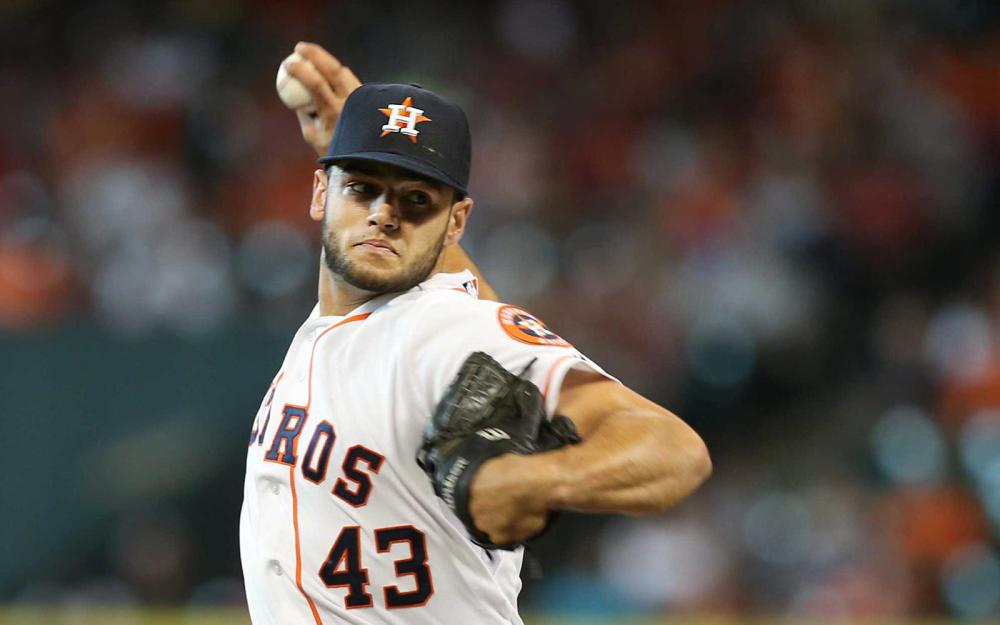 Lance McCullers- P- HOU- Hot- McCullers threw his 4th quality start in his last 5 games. In the other he came close, allowing 4 ERs in 6.2 IP. McCullers has a 2.73 ERA, 9.71 K/9, and 1.18 WHIP in those 5 starts. For the season, McCullers has a 12-4 record, 3.12 ERA, 3.56 FIP, and 10.48 K/9. He has had some control issues at times, with a 4.30 BB/9. It has been showing recently, as even in this hot stretch McCullers has walked 14 in 29.2 IP in his last 5 games. That's just about the only knock on McCullers right now. He has reached career highs in wins and IP and his ERA is lower than he has ever ended a season with. McCullers hasn't had a full season without injury, which is what keeps him from elite status. His production when he pitches warrants it.

Andrew Kittredge- RP- TB- Stats- Kittredge gave up 3 hits, including a homer, in 2 IP of work yesterday. He was charged with 2 runs (1 earned.) he has now been scored on in 3 of his last 4 appearances. Kittredge has had a few brief rough patches in an otherwise solid season and this may be one of them. Overall, he has an 8-3 record, 1.60 ERA, 2.96 FIP, 9.71 K/9, 6 saves, and 6 holds. Kittredge has tossed 67.2 IP. The 31-year-old is enjoying his best season in the majors and his IP is by far the highest in his career. He has more value in leagues that count holds but his relatively high number of IPs helps in other league in the ERA and K columns as well as the wins he has picked up. Kittredge tore his UCL last August but rehabbed instead of undergoing Tommy John surgery. He came to spring training on a minor league deal and ended up in the All Star Game. Heading into 2022 Kittredge will have a place reserved in the Tampa Bay bullpen.

Jeimer Candelario- 3B- DET- Hot- Candelario hit two homers yesterday to give him 14 for the season, and 4 for the month of September. Over the past two seasons he has seen some improvement in his Statcast numbers, currently at 89.2 for Exit Velocity and 39.5% for HardHit%. In Cadelario's only other full season of play, when he hit 19 homers in 619 PAs in 2018 his Exit Velocity was 87.2 and HardHit% was 33.3%. His .297 average in 2020 and .275 average this season have been helped by high BABIPs. It was .372 last season and .341 so far this year. Candelario is establishing himself as a consistent power threat but looking towards 2022, there is likely going to be some regression in his average.

David Fletcher- 3B- LAA- Cold- Regression to the mean has hit Fletcher hard in the second half. At the All Star break he was hitting .309 with a BABIP of .342. After going 1-for-4 yesterday his average now sits at .279 and his .306 BABIP is a little lower than his career .315 mark. With a GB% of 48.4% Fletcher is very susceptible to swings in fortune. His Contact% of 91.3% also makes him dependent on how the ball bounces. Fletcher's Exit Velocity of 82.0 and HardHit% of 14.8% don't show tools to drive the ball. Altogether this doesn't really make him an appealing fantasy player.

Nick Pivetta- P- BOS- Hot- Pivetta had a solid start which showed some of the potential that made him a hot prospect in the Phillies organization. He allowed 1 run on 3 hits while walking no one and striking out 5 in 5.1 IP. Pivetta has not been consistent. In his 3 previous starts he allowed 12 ERs in 10.2 IP. Pivetta gave up just 1 run in 12 IP in the 2 starts before that. The ups and downs have happening for the whole season. Overall, Pivetta has a 4.49 ERA, 4.32 FIP, 10.00 K/9, 3.98 BB/9, and 1.31 WHIP. So, pretty much a not great, not horrible level of production. The unevenness of getting there makes it hard to trust him in leagues with daily transactions. Pivetta will turn 29 at about the time pitchers and catchers will report, so he's passing that time where it can be reasonable to expect a breakout.