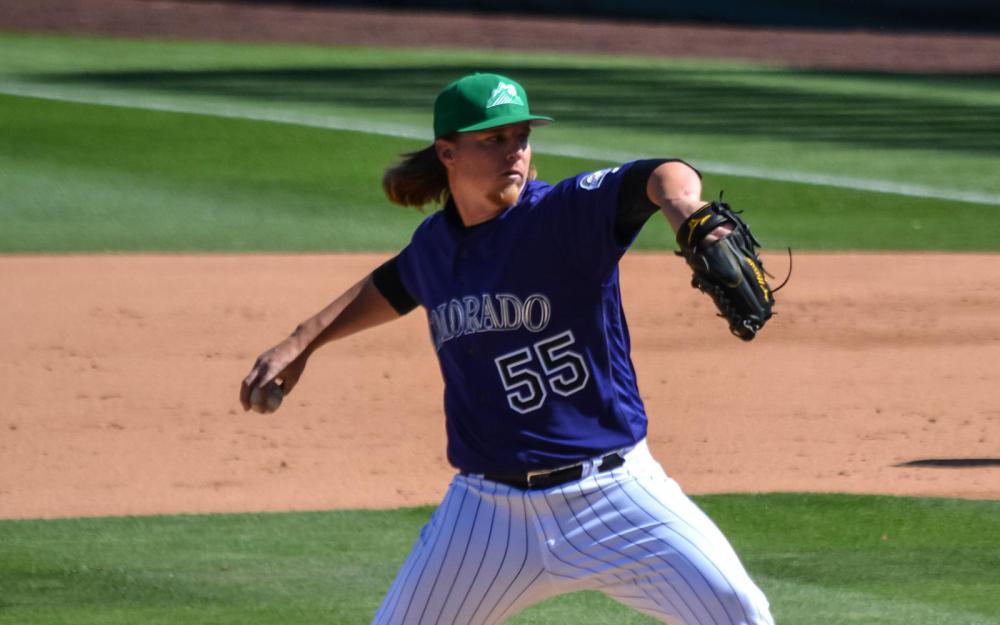 Gavin Lux- 2B- LAD- Hot- Lux hadn't lived up to his potential in two partial seasons or in his early appearances this season. A hamstring injury played into that as 2021 has progressed. Since being moved into the outfield, Lux has seen his bat catch fire. Yesterday he went 3-for-4 with his 7th homer and scored once and knocked in 2 runs. Since coming off the IL on September 10 and heading to left field Lux has hit safely in 6 of 8 games and collected multiple hits in 4 of them. There has been some regression to the mean at work as his BABIP was .277 before going on the Il and is now at .298. For the season Lux has improved his Statcast numbers over 2019-20, With an 89.9 Exit Velocity and 40.8%, HardHit%. Whatever position he ends up playing in 2022, he will be a breakout candidate.

Eddie Rosario- OF- ATL- Hot- Rosario hit for the cycle yesterday to extend his modest hitting streak to 4 games. It was an extremely efficient cycle, as he only saw 5 pitches during the game. The 4-for-4 effort also made his stats with the Braves soar. He has now played 19 games with Atlanta and is slashing .320/.375/.740 with 5 homers in 56 PAs. Rosario has been sharing LF duties with Adam Duvall as Atlanta works 4 outfielders into their lineup. Overall, Rosario has a .264/.308/.441 slash line with 12 homers and 10 steals in 362 PAs. His 88.5 Exit Velocity and 35.1 HardHit% are near his career highs. If he can avoid injury he could bounce back next year to the sort of production he had with the Twins from 2017-2019 when his average was between .276 and .290 and he hit between 27 and 32 homers.

Max Kranick- P- PIT- Rookie- Kranick was called up and started yesterday. He gave up 3 runs on 4 hits and 4 walks while striking out 6 in 5 IP. It was the 3rd time in the 7 starts he has made this season where he has given up fewer runs than IP. Knowing that will not make his 7.28 ERA come as a surprise. Kranick has had some unfavorable luck, however. His FIP is 4.61. Control has been an issue for Kranick, as shown by his 4.25 BB/9. It is sporadic, though. Yesterday, despite giving up 4 walks, 57 of his 82 pitches were strikes, which isn't bad. Between AA and AAA this season Kranick gave up 18 walks in 70 IP, which isn't bad and more in line with his reputation. He just turned 24 in July so is still young. Kranick will probably get a look for the rebuilding Pirates' rotation. He throws in the mid-90s. Kranick's biggest issue has been durability.

Jon Gray- P- COL- FYI- Gray had a serviceable outing yesterday. He left the game for a pinch hitter in the 5th inning after giving up 2 runs on 3 hits and 2 walks with 5 Ks. Gray threw 46 of his 70 pitches for strikes. It was probably a matter of handling Gray conservatively and a chance to possibly picking up a couple of runs (2 men were on base when the pinch hitter was sent up) that resulted on Gray's departure. It wasn't a matter of poor performance or injury that prompted his departure. Gray hasn't tossed more than 5 IP since August 4. He is coming off a poor 2020 campaign. Gray's 4.17 ERA and 3.94 FIP point towards being a decent fantasy contributor in 2022, despite playing his home games in Coors Field, where he has actually performed better this season than on the road.