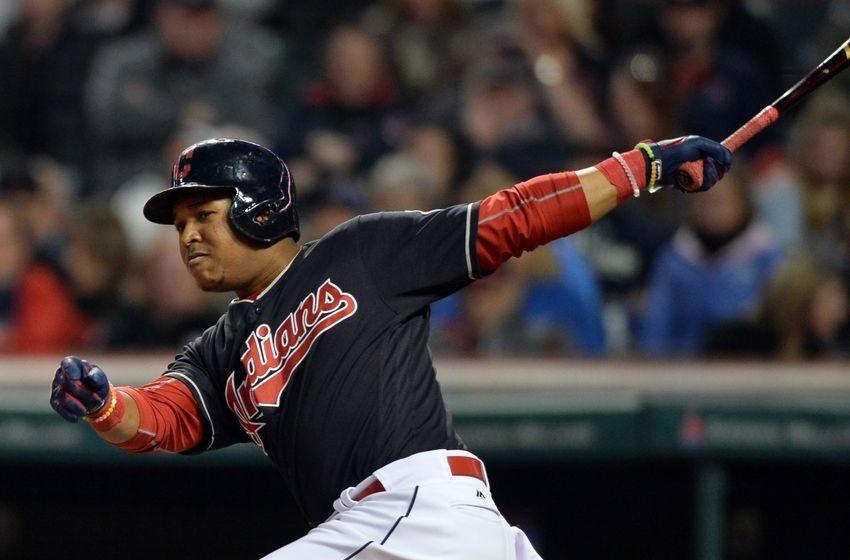 Jose Ramirez paced Cleveland's 11-1 rout of the New York Yankees on Sunday by going 4-for-4 with a homer, three RBIs, four runs, and a walk. Ramirez's monster game was highlighted by a fifth-inning solo shot off Gerrit Cole, which landed for his 35th home run of the year and 16th of the second half. Ramirez's first four-hit game of the season raised his average to .265, while his OPS jumped up to .909. Last year's AL MVP runner-up is in line for another strong finish this year based on his 103 runs, 94 RBIs, and 24 stolen bases. The 39-year-old remains a star five-category contributor in fantasy and projects to be an easy first-round draft pick in fantasy drafts next year.

Carlos Correa helped power the Astros to a 7-6 win over the Diamondbacks by going 2-for-4 with a double, a three-run homer, and three runs scored. Correa cranked his 24th homer of the season in the bottom of the first, matching his previous career-high and giving Houston an early lead en route to its eventual victory. Correa, who also pounded his 33rd double, now has 97 runs and 85 RBIs to go along with a .280/.367/.487 batting line. While those may not be superstar, MVP-level numbers, they are still reflective of his All-Star ability. Correa is also finishing the season on a high note with eight extra-base hits, 16 RBIs, and an .880 OPS in 16 games this month. The only area where he hasn't been much of a factor is on the bases, as he has zero steals this year and has swiped just six bags over the past five seasons combined. Regardless, the 26-year-old has done a great job re-establishing his fantasy value following a dismal 2020 campaign.

Bo Bichette helped Toronto secure a 5-3 win over the Minnesota Twins on Sunday by going 1-for-4 with a two-run homer. Bichette played a key role in the Blue Jays' five-run first inning with his two-run bomb, which increased his season totals to 26 dingers and 97 RBIs. After enduring a major slump for much of August, Bichette has turned things around over his past two dozen games with six taters, 20 RBIs, 21 runs, and a .351 average. His hot streak has moved him back to the cleanup spot in Toronto's lineup, which is an ideal place to be from a fantasy perspective with so much offensive talent around him. While the 23-year-old may not get to 30 homers, he should be able to cross the century mark in RBIs after already surpassing it in runs (113). He's also already secured a 20/20 season and is batting close to .300 (.294), making him an elite five-category contributor.

Jarred Kelenic powered the Mariners to a 7-1 win over the Royals on Sunday by going 3-for-4 with two doubles, a solo homer, two runs, three RBIs, and a walk. After propelling Seattle to victory with two homers and four RBIs on Friday, Kelenic's heavy hitting paced another Mariners win on Sunday. While the 22-year-old rookie's struggles have been well-documented his season, he seems to have found his groove lately with seven homers, 16 RBIs, and a .926 OPS over his last 19 games. While it's too little, too late for many fantasy owners, Keleneic is showcasing his superstar potential and is worth re-investing in for 2022 and beyond, especially as he continues to slide up the batting order.

Shohei Ohtani received a no-decision on Sunday despite holding the A's to two runs on five hits and three walks with 10 strikeouts over eight innings. While he didn't do a ton at the plate (0-for-2 with two walks), Ohtani proved why he's also one of the best pitchers in MLB by shutting down Oakland's offense for most the game. The strong outing improved his season ERA to 3.28. While his mound work has been stellar this year, Ohtani has gained more attention for what he's done with the bat, including 44 homers, 94 RBIs, 23 steals, and a .952 OPS. While Vladimir Guerrero Jr. may end up supplanting him for AL MVP, Ohtani has proved that he's the best all-around player in baseball and is a legitimate two-way star.