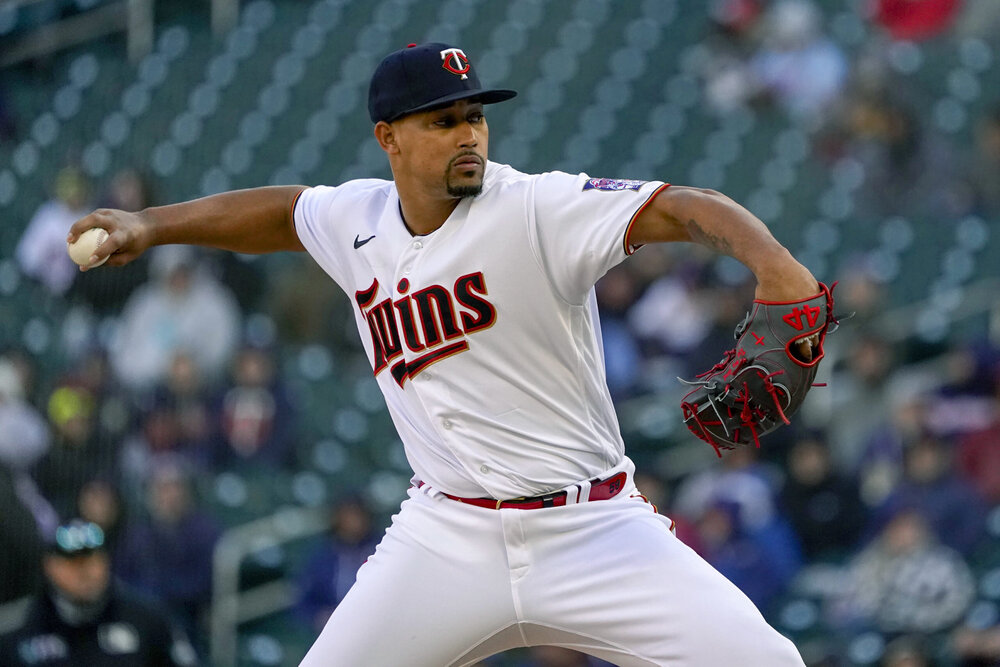 Duran picked up his 1st MLB save on Monday, striking out 1 in a scoreless 9th inning against the Orioles. Duran has been dominant to start his career, posting a 19:2 K:BB across 12.0 IP in addition to a 60.9% GB%. His average fastball velocity entering Monday was 100.7 and that has helped guide him to a ridiculous 21.1% SwStr% this season. Duran may be worth owning regardless of his role, but now that it appears he's at least in the closer mix, his value has skyrocketed. If he does indeed take over the closer job in Minnesota, he has a chance to be one the best in the game.

Alvarez went 1-3 with a HR against the Mariners on Monday, giving him 3 HR's in his last 4 games, and 7 for the season. Alvarez has always had excellent Statcast numbers, but this year's numbers have been off the charts with a 62.7% HardHit% and 95.4 EV entering Monday. Besides his obvious power, Alvarez has been a better contact hitter this year as well, as he currently has a career-best 16.0% K% which is backed by a strong 8.5% SwStr%. His current BA is just .262, but he entered Monday's game with an xBA of .341. Alvarez should continue to be an elite four-category contributor this season.

Gallen produced a strong showing once again against the Marlins on Monday allowing 2 ER's on 5 hits and no BB's in 6.1 IP, while striking out 5 in the victory. Both of the runs charged against him scored after he left the ballgame, and those two runs represented more than the total number of runs he had allowed previously this season. Gallen still has a miniscule 1.27 ERA through 4 starts and his 1.69 BB/9 is easily a career low. His 3.89 xFIP suggests regression is coming though as his strikeout rate (8.02 K/9) is actually down from previous years, and he has benefitted from a .200 BABIP. He also has not allowed a HR this year despite entering Monday's contest with a FB% above 50%. Gallen should be a fine starting pitcher, but it could be worth trying to sell high if someone else wants to value him as a true ace.

Greinke continued to defy the odds on Monday, tossing 6 IP and allowing just 1 ER on 3 hits against the Cardinals, despite striking out just 1 batter in the ballgame. Greinke now has a sparkling 2.57 ERA through 5 starts, but he has only struck out 7 batters the entire season! His 2.25 K/9 is easily the lowest in baseball and everything about his numbers screams regression - a .237 BABIP, 5.7% HR/FB, 4.76 xFIP, and an xERA of 6.00 (entering Monday). Selling high would be the best idea, if there are any takers.

Torres went 2-4 with a HR and 3 RBI against the Blue Jays on Monday, as he continues to heat up after a slow start to the season. Over his last 10 games, Torres is hitting .344 (11-32) with 3 HR's and 10 RBI and just 3 K's. Torres struggled greatly offensively over the last two seasons, and while current slash line is not great, some of his other metrics suggest that things could be better this year. His 16.2% K% would be the lowest of his career, and his 46.3% HardHit% and 90.9 EV (entering Monday) would both easily be career-highs. He has also raised his FB% to a career-high 50%. Returning to the 38-HR year he had in 2019 is probably a stretch, but Torres may again be a useful player for fantasy owners.