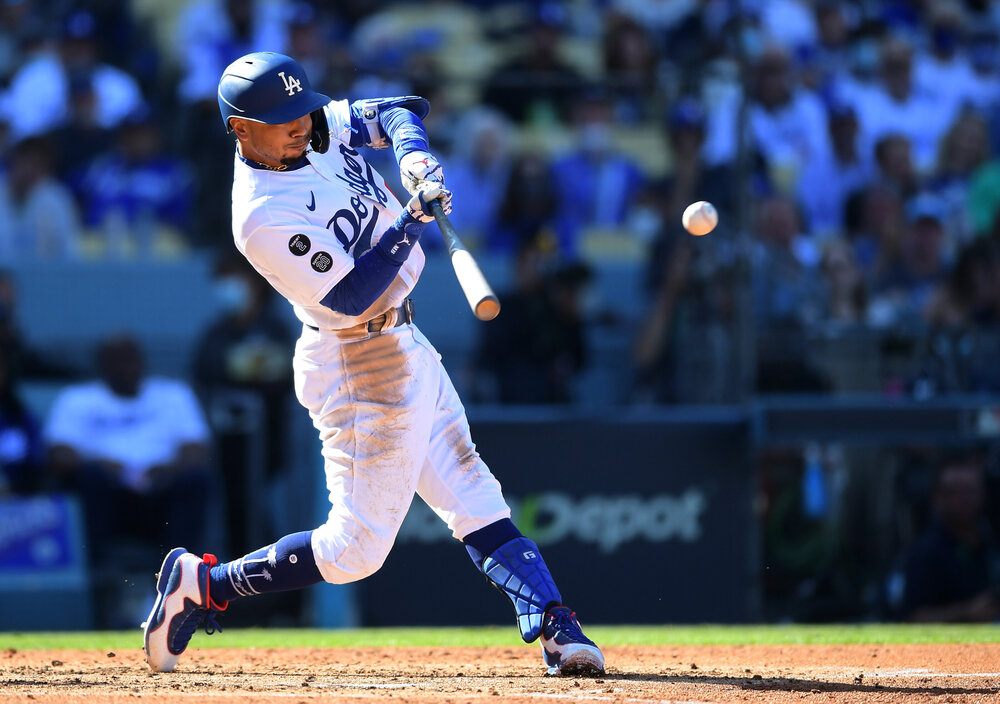 Betts went 1-4 with a HR (10) against the Phillies on Sunday as he continues his recent power surge. Over his last 10 games, Betts has hit .357 (15-42) with 5 HR's, 6 doubles, 11 RBI, and 14 runs scored. Betts 17.5% K% would be the highest mark of his career, and if that keeps up, he may very well see his BA stay below his .295 mark, but from a power perspective, he's on pace to beat his career high of 32 HR's. He also currently leads the league with 40 runs through his team's first 40 games and considering his spot atop the Dodgers lineup, it's not unthinkable that he could make a run at 150 runs scored if he stays healthy.

Baez went 1-4 with his 3rd HR of the season against the Guardians on Sunday, ending his streak of 23 straight games without a dinger. It's been a horrendous month of May for Baez, who had posted a .151/.195/.192 slash line with no HR's and no RBI in 19 games this month prior to Sunday's contest. Besides for his typically high strikeout rate, Baez has been hitting the ball on the ground at a 57.0% clip and his 33.7% HardHit% is about 10% lower than what he has averaged the past 4 years. You would think Baez will get it going at some point, but there's no guarantee that the turnaround is imminent.

Eflin had an excellent performance against the Dodgers on Sunday, striking out 12 in 7 IP, while allowing 2 ER's on 4 hits and 2 BB's. The lofty strikeout total comes as somewhat of a surprise as Eflin hadn't struck out more than 5 batters in any of his first 6 starts this season. But while the K's haven't always been there for Eflin this year, he has consistently managed to limit walks (1.70 BB/9) and hard contact (25.0% HardHit% entering Sunday). The strong outing lowers his xFIP to 3.24 for the season, and the fact that he was so dominant against possibly the best team in baseball bodes well for his chances of keeping up the success.

Gonsolin allowed 1 ER on 3 hits and 1 BB in 6 IP against the Phillies on Sunday, striking out 7 in the no-decision. Gonsolin now owns a miniscule 1.62 ERA and has allowed a .163 BA against him across his 8 starts. Earlier in the year, the results didn't seem very sustainable due to his low strikeout rate, but over his last 5 starts, Gonsolin has posted a strong 29:9 K:BB acriss 26.0 IP. And even when hitters do make contact, they entered Sunday with a ridiculously low 23.3% HardHit% against him. His .200 BABIP will still likely see some regression, but considering all of the weak contact, it may not rise as much as you would expect. Gonsolin should be considered a viable fantasy starter in all formats.