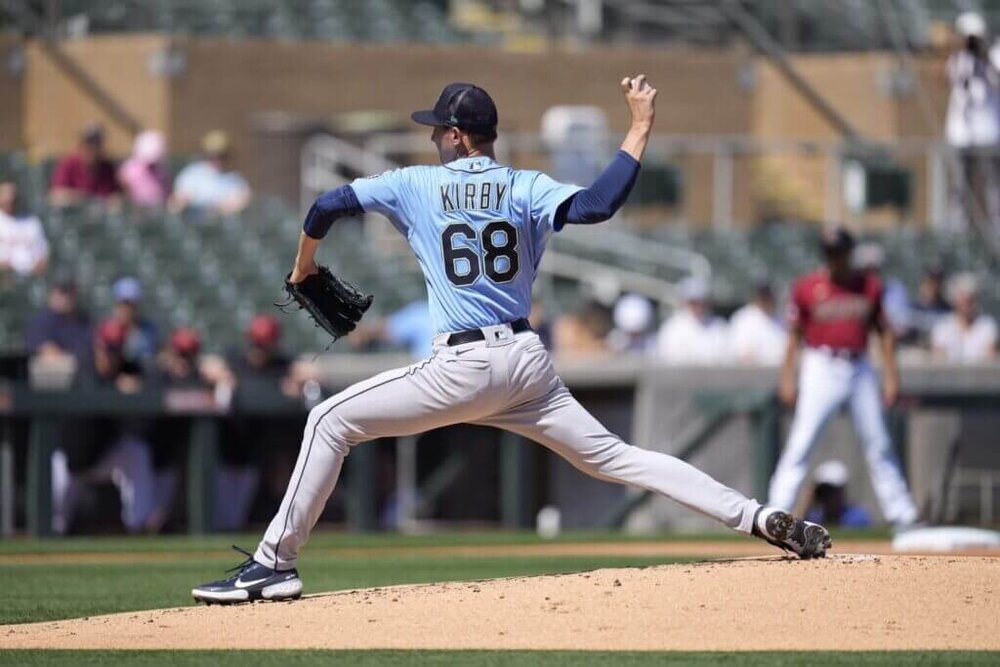 Nolan Gorman is going to be called up for his major league debut tomorrow against the Pirates. The reports are that he will play second base which has ripple effects like Tommy Edman likely taking over the shortstop role for the Cardinals. Gorman has been off to a ridiculously hot start in Triple-A. He was hitting .308 with 15 HR, 31 R, 23 RBI, and 3 SB in 34 GP. The power is legit but banking on stolen bases from Gorman is not wise. There is also a good chance that he struggles to hit for average given the swing and miss in his game (34% K at Triple-A). Gorman is going to be a hot pickup and needs to be rostered across the board even with his potential warts because the power is legit and the Cardinals wouldn't have called him up if it wasn't to play regularly.

George Kirby went 5 IP and gave up 5 ER on 8 H, 1 BB, and 3 K's against the Yankees. This was Kirby's third start at the major league level. He has a 3.60 ERA and 1.13 WHIP. He has shown excellent control (3% BB) which was his calling card when he was drafted and throughout the minors. He struggled to miss bats against the Mets and the Yankees offense was top notch so this is more along the same lines. He was a top pick-up when he was called up and still has great potential. The knock-on him has been a potential innings limit. This has never been discussed by the Mariners but has just been conjectured based on his 67.2 IP between High-A and Double-A last year. The Mariners have every intention of contending so Kirby gives them their best shot at doing that. They could decide to go with a six-man rotation to limit his innings but whatever they decide to do Kirby's upside in terms of K:BB with good ratios means he needs to be rostered and is one of the better SP options for the rest of the way. Kirby gets a much easier matchup next time out. He will start at home against the Athletics.

Chase Silseth is getting another start on Friday for the Angels after making his major league debut last Friday (5/13). He was the first prospect to make it to the majors from the 2021 MLB Draft. Silseth was an 11th-round pick but this should not stop you from adding him to your roster. He had made just five starts at Double-A but showed the ability to miss bats (37% K and 19% SwStr) and control (7% BB). It is a very small sample but he has the stuff to succeed at the major league level. He has a good fastball (96 mph) and two legit offspeed pitches (slider and split-finger). The potential for Silseth is that he has an average strikeout rate (24-25% K) with good control (7-8% BB) and the ability to get ground balls to limit homers. Silseth doesn't have elite upside but if he sticks in the six-man rotation he is definitely mixed league viable.

Cal Quantrill went 7 IP and gave up 1 ER on 5 H, 0 BB, and 5 K's against the Guardians. Quantrill came into the game with a 3.93 ERA and 1.28 WHIP and left with a 3.48 ERA and 1.19 WHIP. He has been one of the most fortunate pitchers to start the year (5.23 SIERA). His strikeout rate is terrible (14% K) and his control has taken a massive step backward this year (11% BB). Despite not missing many bats and showing poor control he has been able to keep the ball in the yard (0.65 HR/9) which signals for massive future regression. This is a profile that you want to avoid and would be very wary of going forward despite his ERA and WHIP. Fantasy managers will definitely want to avoid his next start (@HOU) if at all possible.