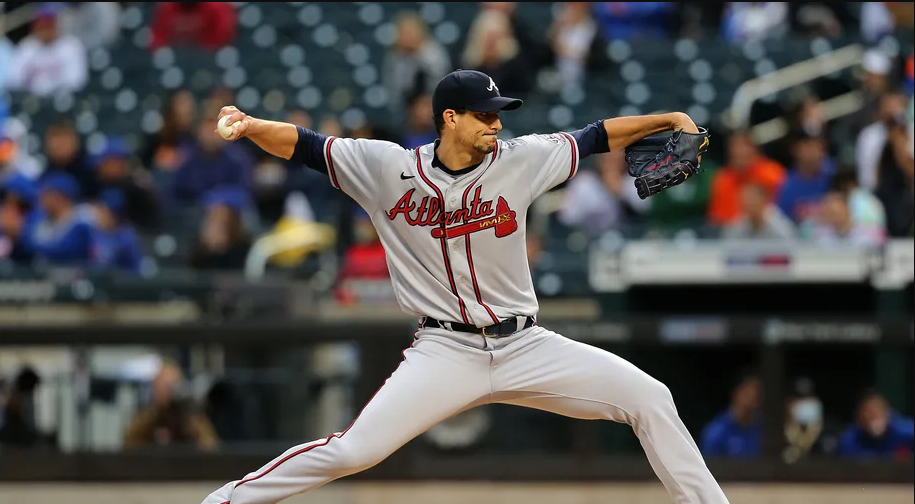 Charlie Morton settled for a no-decision after throwing seven shutout innings against the Cubs on Friday, yielding just three hits and no walks with nine strikeouts. Morton and the Braves traded zeroes for seven innings before Atlanta scratched out a run in the eighth after he exited, squandering Morton's best start of the season. The seven frames were season-high for Morton, who held the opposition scoreless for the second time in 13 outings this year. The 38-year-old veteran has struggled for much of the season but has shown signs of turning things around in June, racking up 29 strikeouts in 18 innings over three starts this month. Friday's performance ended a streak of four straight starts with four earned runs allowed and five consecutive starts with a home run allowed, lowering his ERA to 5.08 in the process. His recent strikeout binge gives him some fantasy appeal when he makes his next start at home next week against the Giants.

Anthony Rizzo paced New York's 12-3 rout in Toronto on Friday, going 2-for-3 with a grand slam, two runs, and a walk against the Blue Jays. Rizzo's grand slam keyed the Yankees' eight-run explosion in the fifth inning, sending the Bronx Bombers on their way to an MLB-high 48th win. The dinger was his second in as many games and sixth this month, boosting his season total to 17. He also has a whopping 18 RBIs in 15 games this month, being a top run producer during New York's latest hot streak. His .228 average still isn't great, but on the plus side he's hit safely in 12 games this month so at least he's trending in the right direction there. With 17 homers and 47 RBIs, Rizzo is having the best season of his career power-wise at age 32. He's clearly enjoying being on a winning team again after things went south with the Cubs last year, and he doesn't seem to mind the short porch in right field at Yankee Stadium, either. Rizzo's been streaky this year, but the previous MVP candidate is certainly capable of maintaining elite production all season long.

Jon Gray was flat-out dominant on Friday, blanking the Tigers over seven scoreless innings while allowing five hits and striking out six. Gray took advantage of a prime matchup against the lowest-scoring offense in baseball, holding them scoreless over seven sharp frames while throwing 68 of his 102 pitches for strikes and outdueling Tigers ace Tarik Skubal. Friday's gem continued an outstanding month of June for Gray, who's allowed one earned run or less in three of his four starts this month while racking up 31 strikeouts in 25 innings. Gray now has three quality starts in four outings this month and appears to be turning the corner after getting off to a rough start with Texas this year, looking more like the quality fantasy pitcher he was for several years with Colorado. Don't hesitate to pick him up if you need pitching help.

Keegan Thompson wound up with a no-decision on Friday despite twirling six shutout innings against the Braves, allowing just two hits and two walks while racking up nine strikeouts. Thompson swapped zeroes with Charlie Morton for a season-long six frames before departing, ringing up a season-high nine punchouts in the process. The nine whiffs were nearly double his previous season-high of five, exceeding his total from his four previous outings combined. Thompson got back on track after losing his two previous starts, getting shelled for 12 runs (10 earned) on eight hits over just 3 2/3 innings. The strong effort against the defending World Series champs lowered his ERA to 3.27, though his record remained frozen at 6-2. Thompson has been solid since joining the Cubs' rotation last month, emerging as a quality fantasy option in deeper leagues and NL-only formats. Thompson should be considered a must-start in his next outing against the Pirates on the road given Pittsburgh's lackluster offense.

Carlos Rodon earned the win on Friday by firing eight shutout innings against the Pirates, allowing just two hits and two walks while striking out eight. Rodon brought his "A-Game" to PNC Park, throwing 71 of his 98 pitches for strikes while logging a season-high eight innings. He probably could have completed one more frame to go the distance if needed, but the Giants were nursing a 2-0 lead and opted to turn the game over to the bullpen to finish things off. Friday was Rodon's second straight win and second straight scoreless outing, lowering his ERA to 2.84 alongside with a 6-4 record. He's now allowed two earned runs or less in four straight outings and 11 times in 13 starts this year, which is a testament to his consistency. He's also one of the league's best strikeout pitchers with an 11.2 K/9 rate, which makes him a bona fide fantasy ace. Even with a tough road matchup looming against the Braves next week, he'll be a must-start in all formats thanks to his immense upside.