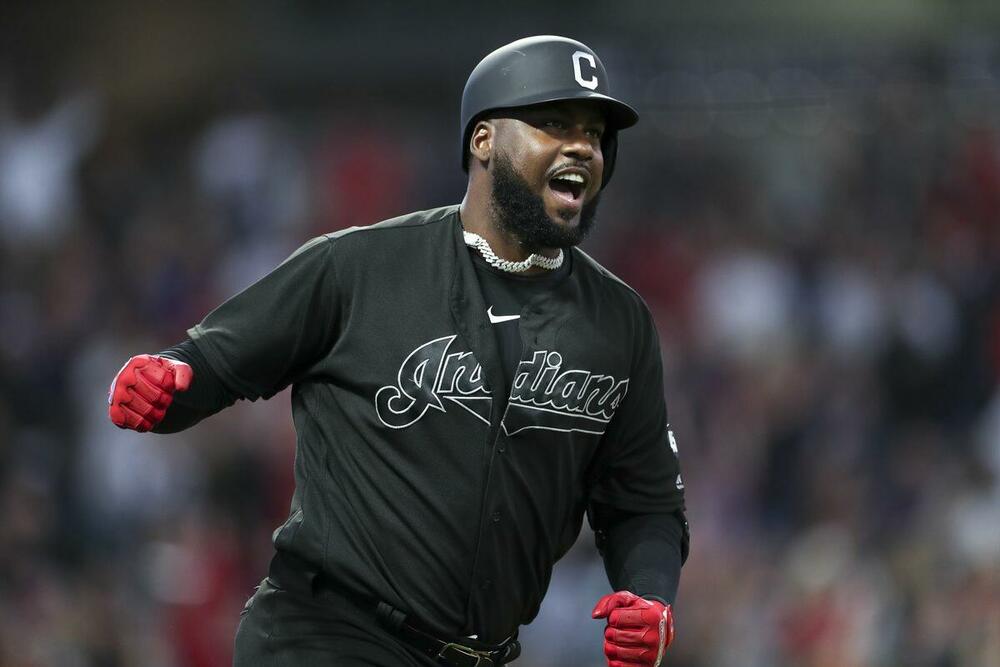 Franmil Reyes- OF- CLE- FYI- The Guardians designated Reyes for assignment yesterday in order to clear a spot on their 40-man roster for RP Jake Jewell. Reyes slugged 30 homers a year ago and hit 9 in 280 PAs with Cleveland before his .213 average got him farmed out to AAA Columbus. He fared well at AAA, slashing .313/.343/.533 with 2 homers and 2 doubles in 35 PAs. Since we are past the trade deadline Cleveland will need to put Reyes on irrevocable waivers and he has to clear them in order for him to be outrighted to Columbus. There are likely a number of clubs interested in the power potential of Reyes so he will probably be back in the majors before long. His EV of 92.2 and HardHit% of 47.2% are appealing.

James Paxton- P- BOS- Inj Update- Paxton has pitched two brief simulated games recently. Friday he hit 95 mph on the radar gun. Before an injury plagued last two seasons and Tommy John surgery, Paxton was very consistent, not posting an ERA higher than 3.90. His K/9 was trending upward. There is a good chance that he will be taking the mound for the Red Sox before the end of the season. If you can stash him on your IL while he finishes his rehab you could have a sleeper for the last stretch of the season.

Will Smith- C- LAD- Hot- Smith went 2-for-2, homered, was hit by a pitch, and hit a sac fly yesterday. He scored 2 runs and knocked in 3 as well as stealing his first base of the season. Smith is now slashing .273/.362/.477 with 16 homers on the year. He has had no sophomore slump in his second year as the primary backstop for the Dodgers. Smith's average is slightly above his .258 of last year but may be due to an increase in BABIP from .274 to .291. His Statcast numbers are virtually the same. If this is the level of production he can be counted for, he will be a very solid C choice for a number of years.

Terrin Vavra- 2B- BAL- Rookie- Vavra has started his MLB career red hot, slashing .389/.522/.444 in his first 8 games. He was slashing .324/.435/.451 at AAA Norfolk when he was called up. At both stops Vavra had the benefit of good fortune, with a .400 BABIP at Norfolk and a .438 BABIP with Baltimore so far. He does exhibit excellent plate discipline, with a Batting EYE of 0.78 at AAA and a whopping 2.50 (5 BBs and 2 Ks) with the Orioles. In the minors Vavra has collected some steals, 6 in 229 minor league PAs this season and 7 in 218 PAs in the minors in 2021. Although he may develop more power he hasn't exhibited it since playing A ball in the Colorado system in 2019, when he hit 14 of his 21 career minor league homers. Vavra has potential to help in the steal column and puts the bat on the ball often enough to take advantage of his speed and add to his average.

Tweets by Fantistics
The Woes of Castellanos - August 6th, 2022
What's wrong with Giolito?