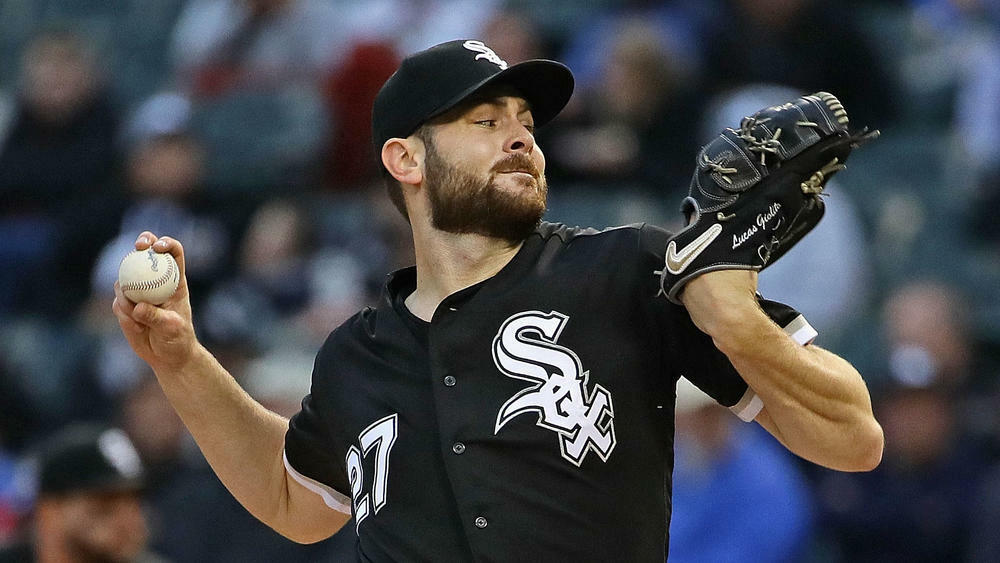 Ke'Bryan Hayes was 1-5 with an HR (6) against the Orioles. Hayes is hitting .246 with 6 HR, 42 R, 34 RBI, and 12 SB in 98 GP. Not much has changed about his profile since last year. The power is still underwhelming and his average has taken a step backward. However, digging deeper into his profile reveals small incremental changes that could pay off next year. This isn't what you want to hear if you drafted Hayes this year but it is still positive. He has cut his strikeout rate (-1%), increased his walk rate (+1.4%), hit more flyballs (+6%), and hit the ball harder (+4%). Hayes has all the necessary skills to become a five-category contributor but it isn't going to be this year. He needs to combine his ability to make hard contact with a more elevated launch angle and he could truly breakout.

Trey Mancini was 1-3 against the Guardians. Mancini is hitting .266 with 13 HR, 42 R, 48 RBI, and 0 SB. The move from Baltimore to Houston is a huge shift in Mancini's value. He loves to pull the ball (43% Pull) and hit the ball in the air (38% FB). This was a problem in Baltimore when they decided to move back the leftfield fences. However, Houston has one of the most friendly left fields for right-handed hitters. The overall quality of the lineup will also help boost his counting stats. This is a perfect marriage for Mancini's fantasy value.

Cristian Javier went 6 IP and gave up 1 ER on 6 H, 0 BB, and 4 K's against the Guardians. On the year, Javier has a 3.14 ERA and 1.05 WHIP in 17 GS. He has been able to maintain an elite strikeout rate (34% K) in his transition to the bullpen. The key for him has been keeping his walk rate in check (9% BB). Javier has benefited from luck (82% LOB and .256 BABIP) even with some regression he would be an above-average starter with a nice ceiling due to his strikeout rate and chances for wins playing on the Astros. Javier threw a 101.1 IP last year in a hybrid role. He is quickly approaching that number (100.1 IP) so it will be interesting to see if fatigue starts to set in and/or if the Astros start to manage his innings totals. It's not something to worry about right now but could be more of a factor in September.

Steven Kwan was 2-3 with 1 BB against the Astros. Kwan has been the Guardians leadoff hitter over the past month and a half regardless of the opposing pitcher's handedness. Kwan is hitting .298 with 2 HR, 51 R, 28 RBI, and 9 SB. He has the profile to be a great leadoff hitter (.298 AVG and .371 OBP). Kwan has excellent plate skills (9% BB and 9% K). The problem for fantasy is that he is a three-category contributor that will actively hurt you in the other two categories (HR/RBI). If you plan accordingly, Kwan can be a valuable piece of your squad but that means having extra power production which has been down because of the ball change this year.

Lucas Giolito went 5 IP and gave up 1 ER on 6 H, 3 BB, and 5 K's against the Rangers. It has been a miserable season for Giolito. He has a 4.91 ERA and 1.50 WHIP. His core skills have dropped slightly (26% K and 9% BB) but he has been crushed by bad luck (.353 BABIP). His 3.75 SIERA indicates that his skills are good enough to be an above-average fantasy starter but the onfield results say otherwise. Part of the problem stems from Giolito struggling with command in the zone not necessarily control. This leads to a lot of hard contact and a higher BABIP. The major concern is the disappearance of his changeup. This is a pitch that he relied on heavily the past two seasons for success and it has a negative pitch value this year (-5.3) after 6.3 in 2020 and 10.3 a year ago. Until he finds the changeup, not much is going to change which is not what fantasy managers want to hear.