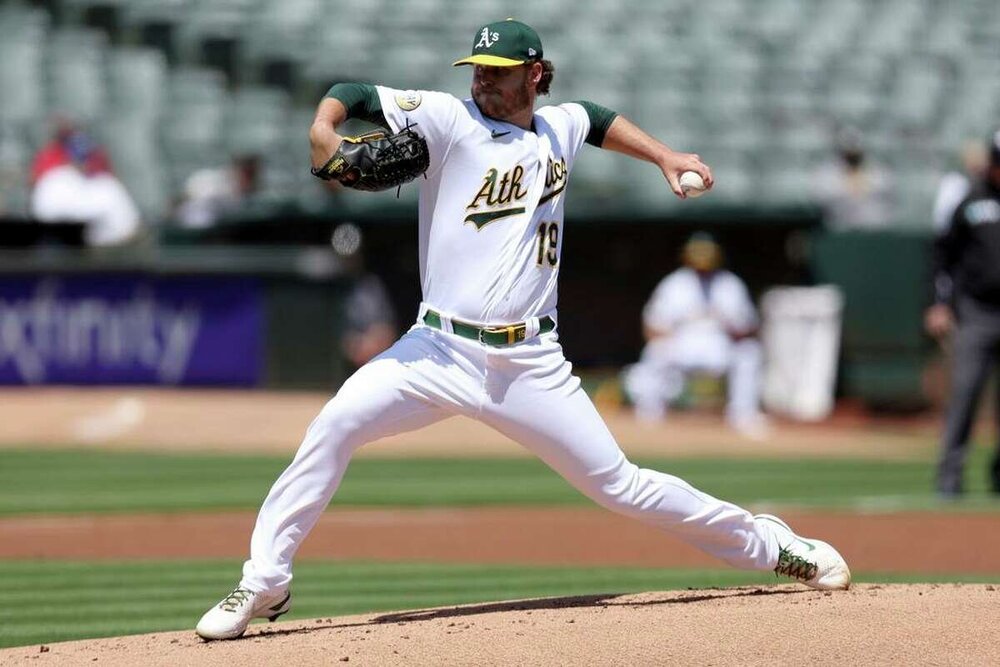 Irvin had a strong outing against the Angels on Monday, allowing just 1 ER on 5 hits in 8 IP with 6 K's and no BB's. Irvin has been on quite a roll lately, posting a 1.88 ERA in 7 starts since the start of July, while walking just 5 batters in 48 IP over that stretch. For the season, Irvin has lowered his ERA to a tidy 2.92, although his xFIP isn't nearly as impressive at 4.21. He has an exceptional 1.68 BB/9 for the season, however his low strikeout rate (6.13 K/9) makes him a strong candidate for regression. Pitching in Oakland seems to have benefited Irvin as he now owns a 1.66 ERA at home this year, compared to 4.58 on the road. This is consistent with his career splits as he has a career 3.19 ERA at home and 5.02 mark on the road. As such, the best play may just be to stream Irvin when he's pitching in Oakland and avoid him otherwise.

Chapman pitched a scoreless 8th inning (with a 4 run lead) against the Mariners on Monday, a day after his manager stated that he would have been used in a save situation if it had arisen. While he wasn't used like a closer typically would be in Monday's contest, Chapman appears on the verge of taking back the closer job from Clay Holmes. While Chapman has struggled for much of the season, he has been strong recently with 6 straight scoreless appearances, and a 6:1 K:BB in 6 IP over that stretch. Holmes meanwhile has allowed 6 ER's in his last 2.2 IP. Chapman should be picked up off waiver wires in fantasy leagues where he was dropped, considering the likelihood that he regains his role as the Yankees closer.

Cruz went 2-4 with a run scored against the Cubs on Monday, marking his first multi-hit game since July 9. While it was his best showing in a while, it also extended his homerless streak to a whopping 30 games. During that stretch, Cruz has hit .202 with a SLG of .229. He has just 8 HR's in 406 PA's this season, a steep decline for a player who hit at least 32 HR's in each of his last 7 full seasons. He still has a strong 46.8% Hard%, but he has been hitting too many balls on the ground (51.7% GB%) and when he has hit the ball in the air, it has only been to the pull side 13.0% of the time. In contrast, his Pull% on fly balls had been above 20% every season from 2014-2021. It may be telling that no contender traded for Cruz before the trade deadline as teams may have felt he doesn't have enough left to offer. He doesn't need to be rostered in fantasy leagues at this stage in the game.

Dunn made his 2022 debut for the Reds on Monday, and allowed 3 ER's in 4.2 IP, while striking out 2 and walking 2 in a loss to the Mets. Dunn had a very respectable 3.75 ERA in 11 starts for the Mariners last season, and in fact he entered the year with a career ERA of 3.94 across his three big-league campaigns. There's a lot of luck involved in that however, as his career xFIP sits an ugly 6.05 and he owns a career walk rate of 6.05 BB/9. That walk rate is the highest among any starting pitcher who has thrown at least 100 IP since the start of the 2019 season. He has also allowed a career FB% of 49.1% which is not a good thing. Pitching in the hitter-friendly environment in Cincinnati will not make it easier for him to continue overcoming his poor peripherals. He shouldn't be considered a serious fantasy option at this point.

Suarez dominated the A's on Monday allowing just 2 hits and 2 BB's in 7 shutout innings while striking out 8. That makes 3 straight scoreless starts for Suarez, who has compiled a 16:5 K:BB across 17.1 IP during that stretch. To be fair though, those three outings came against some of the weakest competition in the league in Oakland (twice) and KC. His season stats are quite mediocre, as he owns a 4.04 ERA, 4.34 xFIP, 8.81 K/9, 3.90 BB/9, and 35.6% GB% across 14 appearances (12 starts). We'll see if he can keep up his hot streak against a playoff contender when he makes his next start against the Twins next weekend.

Tweets by Fantistics
What's wrong with Giolito?
The latest member of a Brave new world - August 11, 2022