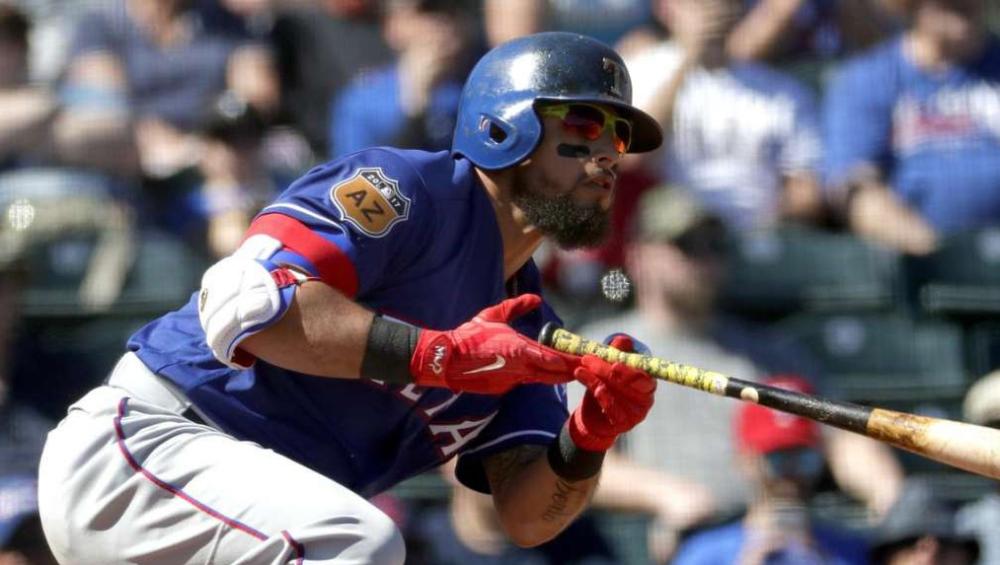 Brian Dozier (MIN) - While Brian Dozier doesn't have the split advantage on his side for his matchup against the White Sox's Miguel Gonzalez on Saturday, he actually performed pretty well against right-handed pitchers in 2016. His .362 wOBA and .262 ISO against RHP are both well above average and he actually hit 31 of his 42 homeruns against righties in just over twice as many at-bats. Gonzalez struggled with the long ball in his two years with Baltimore, but managed to reduce his HR/FB rate all the way down to 7% in 2016. We're expecting some regression to that number closer to his 11% career average. With an 8.5 run total in this one and a favorable park shift, Dozier is a great way to get exposure to this game, especially on FanDuel where he's priced just $3,700.

Carlos Santana (CLE) - The Cleveland Indians grab a dream matchup against Zack Greinke in Arizona over this weekend. Greinke continues to battle issues with keeping the ball in the ballpark and his velocity is still sitting a tick below where he was a year ago. Santana is a switch hitter, but he has historically had a lot more power when batting from the left-hand side of the plate against right-handed pitching (30 HRs in 492 PAs vs RHP and 4 HRs in 196 PAs vs LHP in 2016). Santana also gets the benefit of batting leadoff, which translates to more at-bats and more opportunities to contribute for your DFS team. He's a great cash game play and can be used in tournaments since many people will likely be rostering Encarnacion instead of Santana at 1B.

Greg Bird (NY) - Greg Bird has done little to combat the underpricing that the daily sites have assigned him, now going just 1 for 18 through the first 4 games of the year. On Friday, he added 3 more strikeouts to give him 7 through just 18 plate appearances. It's far too early to panic, but the lack of plate discipline is a bit of a concern. Nonetheless, you can exploit the low ownership he will hold thanks to the slow start by rostering him at near minimum pricing on the daily sites for Saturday. Bird is a very heavy flyball hitter, but he pairs it with an equally high hard hit rate. That's usually a really great combination, but it's even better when you're playing in a ballpark that ranks as the 3rd most favorable for left-handed home run hitters. Bird is a great GPP play that you can roster for pennies on the dollar because the professional sharks don't know who he is and the stat-based players will likely gravitate towards more attractive 1st base options like Edwin Encarnacion, Adrian Gonzalez, Anthony Rizzo, or Jose Abreu.

Chris Archer (TB) - Facing a right-handed heavy Blue Jays lineup, Chris Archer looks to be quite underpriced at $9,400 on FanDuel on Saturday and will likely go overlooked on a slate where both Clayton Kershaw and Madison Bumgarner are throwing. The Blue Jays had the 4th highest team strikeout rate against right-handed pitchers in 2016 and Archer managed an excellent 27% strikeout rate against right-handed batters a year ago. Pitching in a safe environment at home in Tampa, Archer is the top tournament play across all of the DFS sites.

Rougned Odor (TEX) - Rougned Odor hit his 3rd home run of the season on Friday night. He went 2-for-4 and raised his season average to .375. After his big opening day, Odor has managed to get hits in each of the Rangers' first 4 games of the season, but in true Odor fashion, he is yet to capture a walk, but has struck out 5 times in just 16 plate appearances. His poor plate discipline will continue to be a drag on his batting average, but his elite hard hit rates and favorable home ballpark make him a rare power contributor at the second base position.